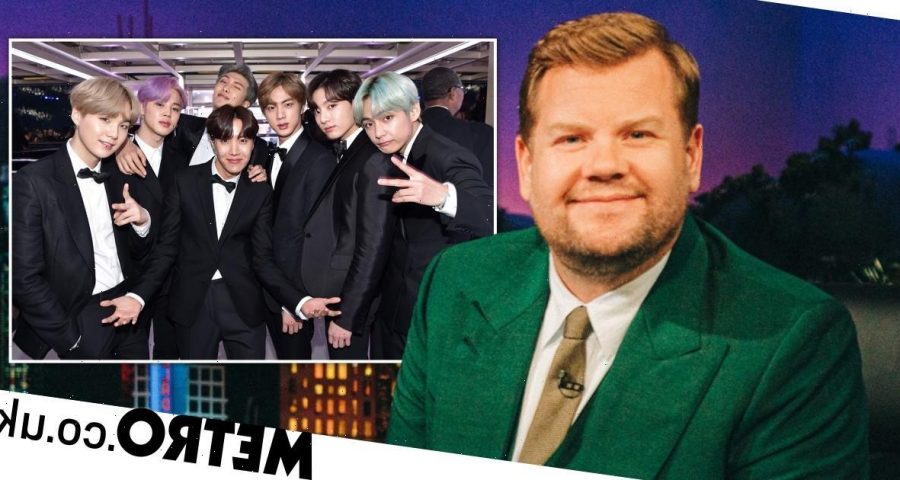 The BTS ARMY has hit out at James Corden after the host referred to fans of the band as ’15-year-old girls’.

The K-pop superstars have appeared on The Late Late Show with James Corden on a number of occasions, including the show’s signature Carpool Karaoke segment.

James was even referred to as ‘Papa Mochi’ by fans thanks to his relationship with the band members.

However, the Gavin & Stacey star has been branded ‘disrespectful’ after a segment in which he called BTS’s appearance at the United Nations General Assembly ‘unusual’.

On Monday night’s show, James, 43, said: ‘The United Nations General Assembly kicked off this morning in New York City, and it started with some pretty unusual visitors – BTS were there.’

He showed a clip of BTS filming a music video for Permission to Dance at the UN’s New York headquarters, as well as showing pictures of the band being introduced by South Korean President  Moon Jae-in at the Sustainable Development Goals event. 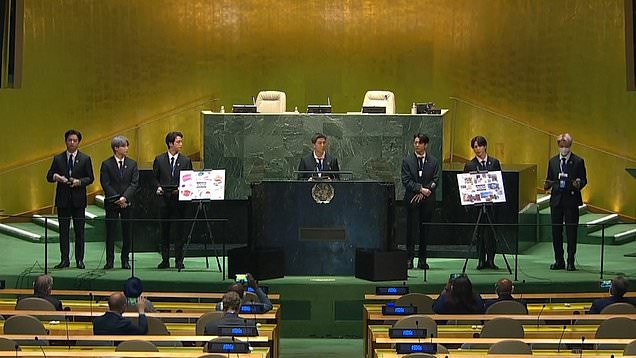 James continued: ‘Lots of people were saying, why are BTS there? The world leaders have no choice but to take BTS seriously. At the end of the day, BTS has one of the largest armies on planet Earth.

‘Historic moment. It actually marks the first time that 15-year-old girls everywhere found themselves wishing that they were Secretary General António Guterres.’

The group’s fans – referred to as the ARMY – criticised James for referring to BTS’s appearance at the event as ‘unusual’, noting that RM, Suga, Jimin, V, Jin, J-Hope and Jungkook are the UN’s Special Presidential Envoys for Future Generations and Culture.

They also slammed James for referring to the fandom as ’15-year-old girls’, with many tweets pointing out that John Cena, 44, is among the fans of the band.

Following BTS’s pre-recorded performance at the UN, they delivered a speech where they praised the younger generation’s resilience during the Covid-19 pandemic, as well as urging the use of sustainable development.

RM said: ‘It is an honour to be here today. We are BTS, appointed as special presidential envoys of the Republic of Korea. We are here today to share the stories of our future generations.’

The band’s statement read: ‘We think that instead of the “lost generation,” a more appropriate name would be the “welcome generation.” Because instead of fearing change, this generation says, “Welcome!” and keeps forging ahead.’