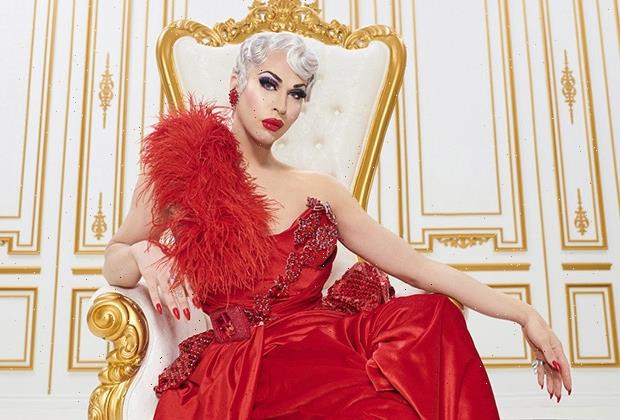 Canada’s Drag Race will be serving some very different looks when it returns for Season 2 later this year.

Following the news that neither Jeffrey Bowyer-Chapman nor Stacey McKenzie will be returning as judges, we can officially welcome their replacements to the panel: Handmaid’s Tale actress Amanda Brugel and celebrity stylist Brad Goreski. Additionally, Season 1 correspondent Traci Melchor is being bumped up to full-time judge. That trio joins Brooke Lynn Hytes, the only returning judge from Season 1.

“The secret’s out! We are so excited about our judging panel this season,” says showrunner Trevor Boris. “They make a fabulous team, and the fans are going to love what each brings to the table. Brooke Lynn Hytes is drag royalty and brings so much experience from season one, while Brad is a style icon, who is as funny as he is fashionable. We’re also thrilled that Amanda and Traci are joining the team. Amanda was such a hit on the panel last season, and is of course an award-winning actress who will share her talents with our queens. And Traci is a legend of the Canadian entertainment industry and a huge supporter of Canada’s 2SLGBTQ+ and drag communities.”

So, what will the judges be up to in Season 2? According to the announcement, “the resident judges helm every episode, visit the Werk Room, judge the challenges, reveal competition twists, and decide who stays and who ‘Sash-ehs Away’ after the epic Lip Sync For Your Life performance. Hytes and Goreski anchor the judges panel in every episode, with Brugel and Melchor joining regularly throughout the season. In addition to RuPaul’s Drag Race fan-favorites like Snatch Game, Rumails, and Untucked, Season 2 is also set to bring audiences a few surprises and ‘RU-veals’ that have never been done before, while also celebrating the uniqueness of Canada’s drag scene and queer community.”

“I am incredibly honoured to be joining the Drag Race family,” Brugel says. “Now that the world has been introduced to the exceptional talent of our northern queens, I feel so fortunate to be able to champion the next class of drag royalty!”

Adds Goreski, “I’m a huge fan of Canada’s Drag Race and am absolutely thrilled to be joining the show. The drag in Canada is incredible, so I can’t wait to see the amazing looks and artistry that the season two queens are going to bring to the runway.”

Season 2 of Canada’s Drag Race is expected to premiere later this year, available to U.S. viewers via WOW Presents Plus. Drop a comment with your thoughts on the new judges panel below.