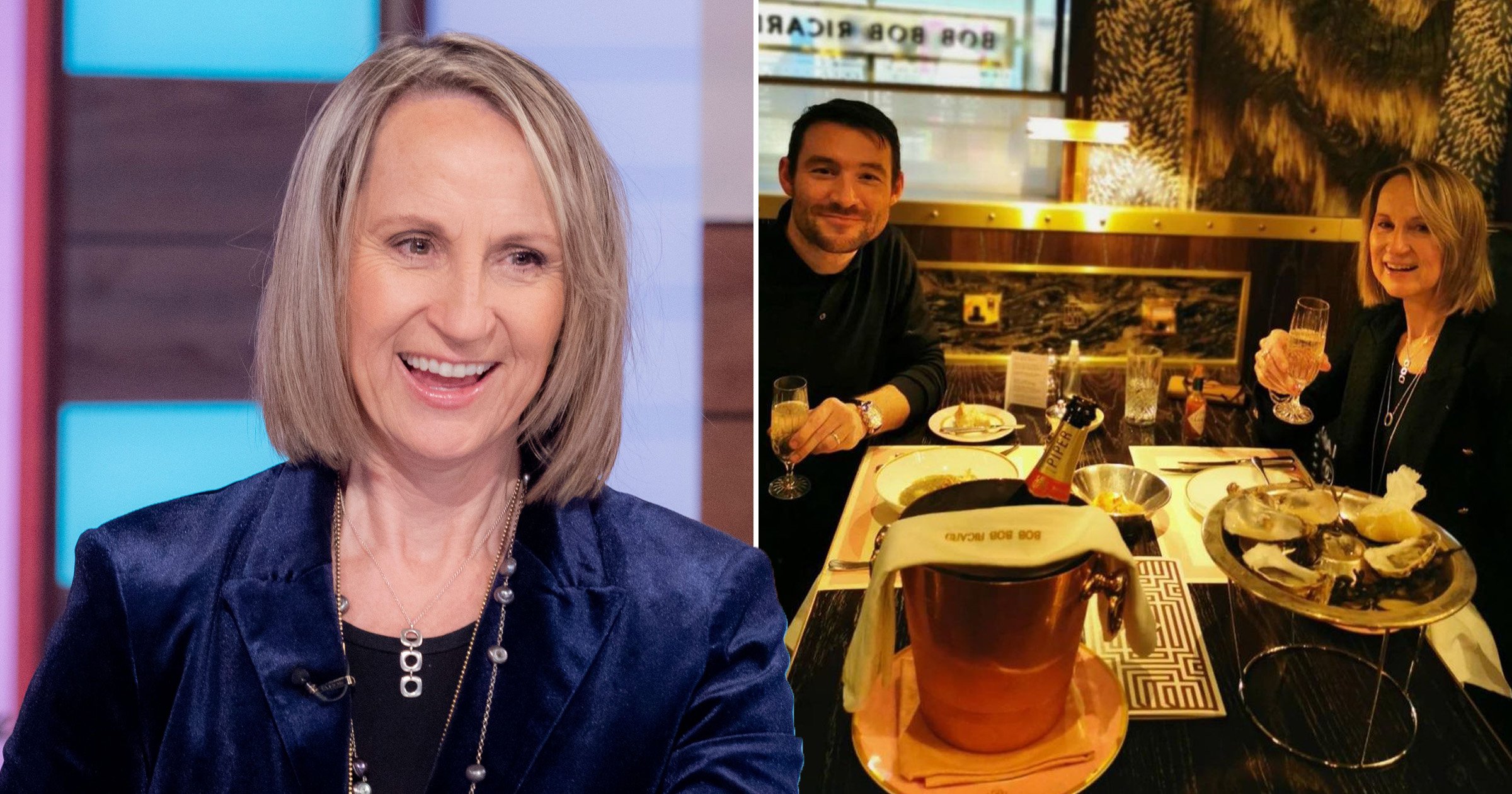 Carol McGiffin has shared the beginning of her ‘not cancelling Christmas tour’ after sparking controversy for saying that she wouldn’t have the Covid-19 test to see friends and family over the festive period.

Earlier this week on Loose Women, the broadcaster insisted that she would not undergo a test to see if she has coronavirus even if friends asked her to if she was visiting them in their homes, also describing people as ‘soft’ for cancelling Christmas plans amid fears over the spread of the Omicron variant.

Her remarks sparked fury among viewers, with a doctor dubbing the comments ‘irresponsible’.

In a new Instagram post, the 61-year-old has further stressed her message that she plans on going out as planned in the lead-up to December 25, sharing a picture of herself and her husband Mark Cassidy out for dinner in London.

In the caption, she wrote: ‘First stop on our #notcancellingchristmas tour and it’s @bobbobricard you cancel if you want to, the Cassidys are not for cancelling! #lifegoeson #christmas #outout @cassola21.’

In a series of photos, she showed them sharing oysters and toasting champagne, with several Instagram users writing in the comments that they would also not be cancelling their plans for Christmas.

Today, it was confirmed that the death toll for people with the Omicron variant had risen to seven, with 85 confirmed or suspected cases in hospital.

For three days in a row this week, the UK recorded its highest numbers of daily recorded cases of Covid-19.

The figure came after Boris Johnson warned that the UK is facing a ‘tidal wave’ of cases this winter due to the highly-transmissible Omicron variant.

While there currently aren’t restrictions in England for socialising, Chief Medical Officer Chris Whitty has advised: ‘Don’t mix with people you don’t have to for either work or for family things,’ urging people to prioritise events that ‘really matter to them’.

Following the criticism Carol received over her comments about refusing to be tested, Dr Rachel Ward told Metro.co.uk: ‘Taking a lateral flow test before seeing friends and family over Christmas is one of the best defences we have to keep each other safe and keep Christmas going!

‘I cannot think of any good reason to not do a test! Apart from not wanting to follow rules and isolate if you have Covid.

‘This kind of messaging is irresponsible in my mind and against all messaging from the government and NHS England.’