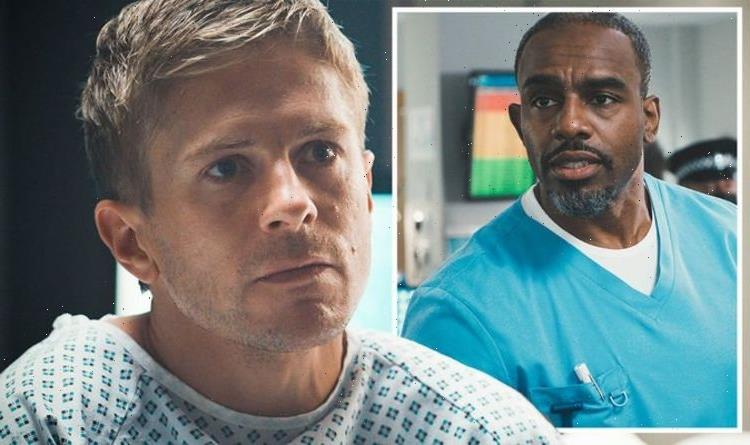 Casualty has been a pinnacle of Saturday evening television for the best part of 35 years, with millions of fans tuning in each week to catch up on the drama happening in Holby City hospital. Most recently, characters such as Jacob Masters (played by Charles Venn), Ethan Hardy (George Rainsford) and Rash Masum (Neet Mohan) have been taking centre stage in harrowing storylines which have kept viewers of the BBC medical drama on the edge of their seats. However, the television network has taken the show off the air this week for a very special cause.

The medical drama is usually broadcast on the latter end of the Saturday evening schedule due to its discussion of more mature themes.

With Strictly Come Dancing and game shows covering the prime time slots, Casualty tends to air around quarter to nine.

As the coronavirus pandemic has meant episodes have taken longer to film, each instalment has been shorter than its previous 50-minute slot.

Each episode has been around 40 minutes in length but even a shorter instalment can’t be put into this weekend’s schedule.

This is because the network is paying tribute to Remembrance Day and the fallen soldiers of the World Wars by holding its own ceremony of remembrance.

After Michael McIntyre’s The Wheel has aired for an hour between 8pm and 9pm, the BBC schedule is currently showing a special remembrance programme will be broadcast.

Entitled the Royal British Legion Festival of Remembrance 2021, the ceremony will air for 100 minutes, starting at 9pm.

Senior members of the Royal Family will be in attendance at the event, taking place at the Royal Albert Hall for the first time since the pandemic began.

Presenting proceedings will be newsreader Huw Edwards, who will act primarily as a narrator of the evening’s events.

There will be several musical stars performing on the evening, including Alfie Boe, Cynthia Erivo, Gregory Porter, Jack Savoretti and Alexandra Burke.

The Band of HM Royal Marines, The Central Band of The Royal Air Force and the Soul Sanctuary Gospel Choir will also be performing.

It will be a historic night as the ceremony will be paying tribute to 100 years of the poppy as the symbol of remembrance.

As well as this, the event will also commemorate a centenary since the Royal British Legion was created to support the armed forces.

The programme will conclude at 10:40pm and the news will swiftly follow the ceremony to give viewers a roundup of the day’s events.

Due to how late the show ends, this is why Casualty is unable to air on Saturday evening as although the episodes are shorter than normal, there is not enough time for it to be broadcast.

This means viewers are having to wait a full fortnight to find out what happened to Ethan after he was stabbed at the end of last weekend’s double-bill.

The upcoming episode, due to air next Saturday, will pick up from where the drama left off as Stevie Nash (Elinor Lawless) realised her revenge against Ethan had gone too far.

Scenes yet to broadcast will see the newcomer’s jobbing in the balance as she admits her actions led to her colleague being attacked.

Paramedic Jan Jennings (Di Botcher) will also take centre stage in the upcoming episode as she jumps in to help her wife.

When police officer and Jan’s wife Ffion Morgan (Stirling Gallacher) attends a call out, she is horrified when she ends up being taken hostage.

But will everyone survive the ordeal or will a beloved character lose their life in the episode airing later this month?

The show is gearing up to enter its 36th year in 2022 and it will remain on the air despite its sister show, Holby City, being axed earlier this year.

It was announced in June the Tuesday night medical drama would be coming to an end in March 2022 but initially, fans were concerned Casualty was also being taken off air for good.

A BBC spokesperson confirmed the Saturday night show would be sticking around as they told Digital Spy: “I can confirm Casualty will absolutely be remaining on the air.”

Casualty returns next Saturday at 9:30pm on BBC One.