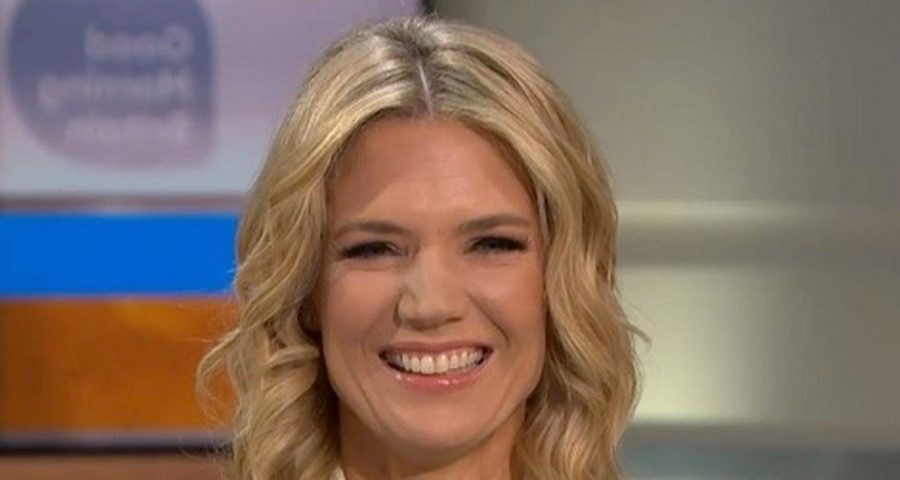 The presenter, 47, looked effortlessly chic in a green polkadot dress with a white collar on it that was also adorned with silver buttons.

However, co-hosts Kate Garraway and Ed Balls were quick to comment on the dress, revealing that it had caused "Buddy the Elf gate" in the studio.

Addressing viewers, Ed, 55, said: "We're in the middle of Buddy the Elf gate gate" with Kate adding: "Oh we are a little bit actually, have a look at Charlotte!"

She continued: "Some people on Twitter have been saying it looks a little bit like Buddy the Elf" as the camera panned onto Charlotte.

To which an unimpressed Charlotte quipped: "Here we are, it's a dress… with collars… here to remind you all of Christmas!"

The ITV show then pulled up a photo of Charlotte in her dress next to Buddy the Elf as she asked: "What do we think?"

With Kate exclaiming: "No, not at all! I think I'm just bitter because I love that dress!"

Charlotte also responded to a viewer who tweeted: "@CharlotteHawkns dress reminds me of elf!!"

To which she replied: "Don’t know what you mean…" with a laughing emoji and picture of Buddy the Elf, played by Will Ferrell.

It comes as Kate, who appeared on I'm a Celebrity… Get Me Out of Here! in 2019, has addressed whether she will be joining the line up for a new all-star version set to air in 2023.

Ant McPartlin and Declan Donnelly have confirmed a special edition of the hit reality series will be shown next year and feature some favourite cast members from previous years.

Part of the GMB team today, Charlotte said: "How exciting. Kate, anything to declare on this one? Maybe making an appearance?"

Sitting alongside co-host Ed, Kate, 55, said: "Do you think anybody could go through that again?", she added: "No I don't think anybody wants to see me back there again."

Later in the show, Charlotte, 47, teased: "A little break in South Africa, Kate?"

"Absolutely I've never been to South Africa," Kate replied before Ed added: "Just quit while you're ahead."