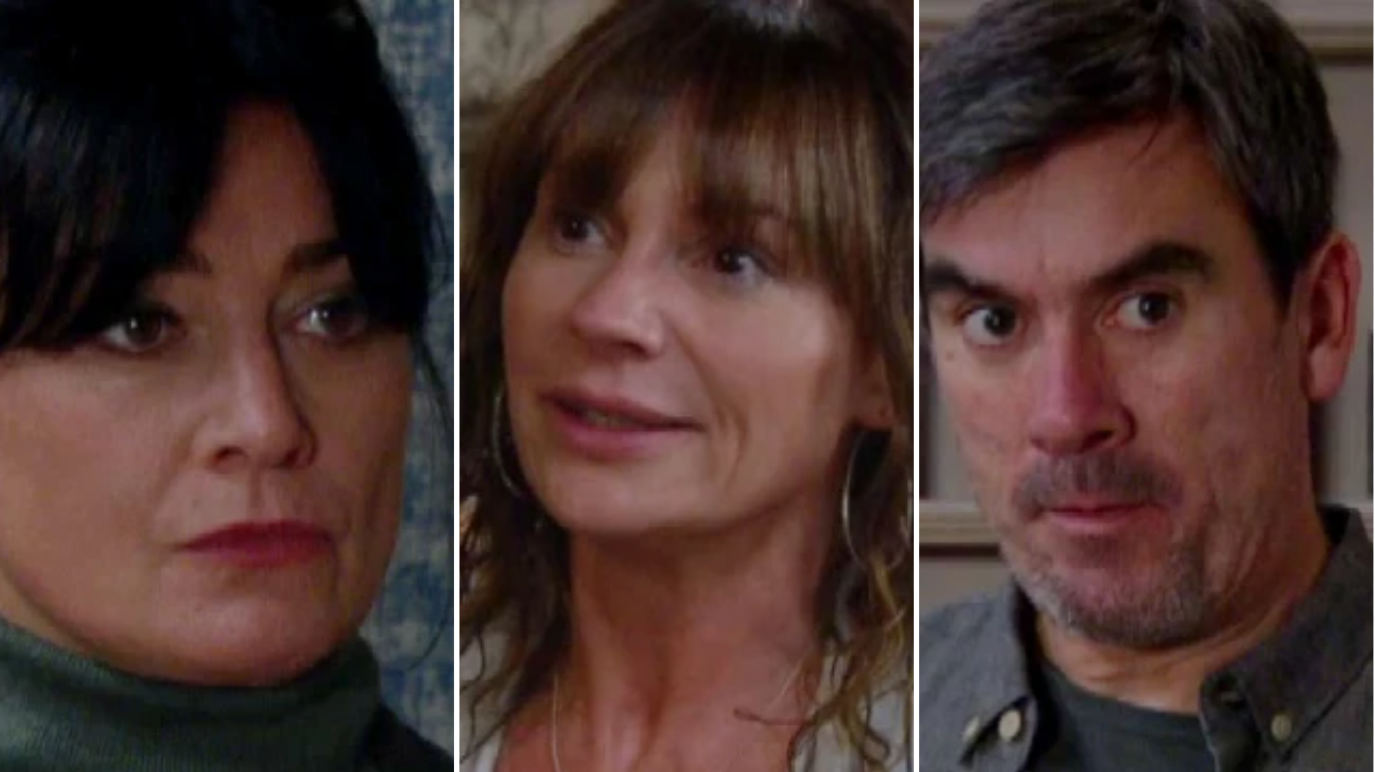 Of course, Cain (Jeff Hordley) and Moira (Natalie J Robb) know that Faith didn’t die because the cancer shut her body down, she died because she chose to end her life.

During the initial aftermath, Liam (Jonny McPherson) also learnt of Faith’s decision and went along with Cain’s wishes to not have a post-mortem.

Chas was heavily impacted by the meeting and rushed off in tears, feeling guilty that she wasn’t with her mum during her final moments (need we remind you she was off having sex with Al).

With no choice, Cain told Chas the truth about Faith’s death, confirming that she actually put plans into place to ensure none of her family were around when she died.

Understandably Chas struggled to process all of the information. She was furious at her brother for keeping such a huge secret and hurt that he thought he was protecting her by not telling the truth.

And then came another bombshell – Moira knew.

Chas unleashed her fury at Moira and Cain but of course, we couldn’t help feeling somewhat confused during these scenes, as Chas – once again – made herself look like she wasn’t in the wrong at all, despite the fact she was sleeping with her lover and betraying her husband when Faith actually died.

Unable to ban Cain from Faith’s funeral, Chas took the decision to stop Moira from attending instead – but will she change her mind?