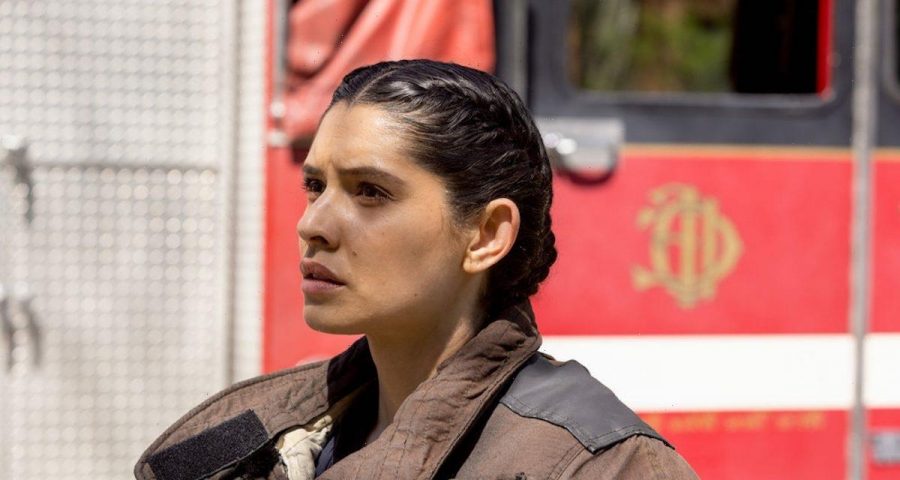 Fans of Kelly Severide and Stella Kidd’s relationship were thrilled when Kidd returned at the end of Chicago Fire Season 10. Kidd was missing through the entire season, as she left Chicago to lead her Girls on Fire program in other cities. But her big career move may have caused significant damage to her relationship with Severide. Here’s what showrunner Derek Haas said about Kidd’s plot points moving forward.

Is Stella Kidd coming back to ‘Chicago Fire’ for good? She returned in episode 9

Fans want to know if Stella Kidd is returning to Chicago Fire for good after her brief appearance at the end of Chicago Fire Season 10 Episode 9. Thankfully, it seems she’s here to stay. Kidd traveled to a number of cities to spread her Girls on Fire program. The program teaches young girls about firefighting. While the work is fulfilling, it certainly made her relationship with Kelly Severide difficult. He remained at the firehouse in Chicago waiting for her return.

In Chicago Fire Season 10 Episode 9, Kidd returned at the end to a stunned Severide. Prior to her return, Severide spoke to Chief Wallace Boden about her absence — and it seems both firefighters felt she had forgotten about Firehouse 51.

Showrunner Derek Haas talked to Entertainment Tonight about Severide’s response to Kidd’s return, too. He noted Severide felt “ignored … or abandoned for the most part, even if the reasons were good and noble. This is going to be a source of concern going into the second half of the season.”

Chicago Fire Season 10 went on a hiatus after episode 9, and the show returns with episode 10 in January 2022. As for what fans can expect when the hiatus ends, it seems episode 10 picks up directly where episode 9 left off — and that’s with Stella Kidd’s return and Kelly Severide’s confused look.

“No. 10 starts right in the aftermath of that,” Haas promised Entertainment Tonight. “You’ve got a situation where it’s musical chairs [at Firehouse 51] and there’s one too many people and not enough chairs, so that’s going to come into play.”

It seems Kidd may have some action-packed sequences coming up, too. Haas said he was “beaming” watching episode 10, as it features “Stella Kidd in action.” This could mean she springs right back into her job at the firehouse with a few intense emergencies. Or, it could have to do with her relationship with Severide — or perhaps both.

Will Stella Kidd make lieutenant? What’s next for her and Kelly Severide?

In Chicago Fire Season 10 Episode 9, Chief Wallace Boden and Kelly Severide talked about Stella Kidd potentially taking over for Matt Casey. Casey left earlier in the season, leaving his position as lieutenant wide open. While Boden and Severide hoped Kidd would return and snatch the position, she didn’t. Ultimately, newcomer Jason Pelham was awarded the position. This could serve as a source of conflict for Kidd, and it could put her at odds with the firehouse and with Pelham.

As for Kidd and Severide, it’s clear their relationship is on the rocks. Haas noted fans should worry about the fate of their romance. And with Wendy Seager acting flirty toward Severide, anything could happen.