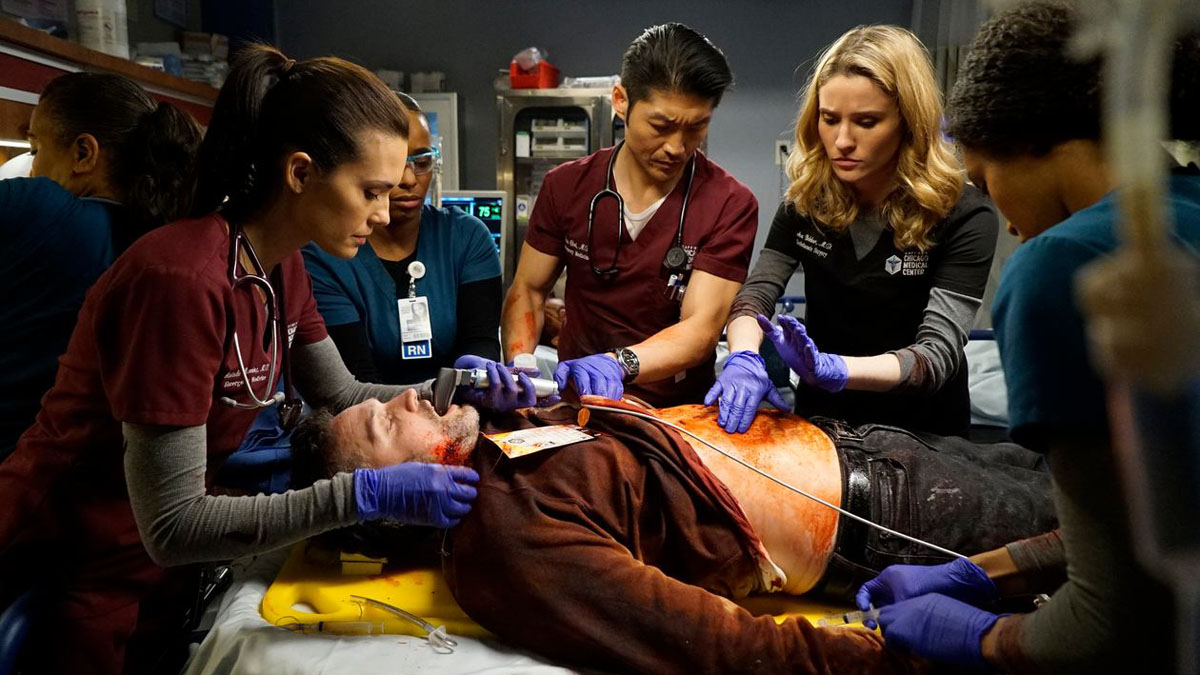 Chicago Med is the youngest series from the Chicago One franchise, but it has kept fans from the elder series entertained and has become a massive hit in its own right.

The good news is that there is no worry that the medical drama will end anytime soon.

With Season 5 ending a little short of the planned end mark due to the coronavirus pandemic, Season 6 will arrive and that is just the start as Chicago Med will be around for a long time.

Here is everything we know so far about Chicago Med Season 6.

This article provides everything that is known about Chicago Med Season 6 and all related news. As such, this article will be updated over time with news, rumors, and analysis. Meanwhile, let’s dig down into what is known so far.

Is there going to be a Season 6 of Chicago Med?

The good news is that NBC announced the renewal of all three Chicago shows in February.

Expect things to continue on for a long time as long as fans keep tuning in to NBC to see the hit shows.

“Dick Wolf has proven time and time again that he makes shows audiences love,” said Paul Telegdy, Chairman, NBC Entertainment. “We are delighted, excited and proud that as part of this epic deal with Wolf Entertainment, NBC’s loyal audience will know that their favorite shows have a certain future for the next three years.”

Release date latest: When does Chicago Med Season 6 come out?

Unlike normal years, where the Chicago One shows hit television sets in September, that did not and will not happen in 2020.

Thanks to the COVID-19 pandemic, production on shows were put on hold and that means that most anticipated series will not hit until later in 2020 in most cases.

While CBS has promised to bring its shows back this fall, with all three NCIS shows starting before the holiday season begins, NBC followed suit.

Most of the main cast from Chicago Med should be returning for Season 6 of the NBC series.

“I think right now we’ve been so focused on making sure that people see Crockett as a doctor,” Rains said about his character. “They were introduced to him as a doctor and to see how he works. Then I think slowly things will unfold for him in his personal world.”

Since Season 5 was not able to end with a proper finale, there was no chance for another cliffhanger, such as the Season 4 finale and Season 5 premiere when Dr. Connor Rhodes was unable to save his girlfriend after she slit her throat, sending Rhodes out the door as well.

“The hospital became a reminder of the tragedy, but he made friends there, built a career there,” showrunner Diane Frolov said. “So there are a lot of mixed emotions there at the end having to say goodbye to it.”

However, Season 6 will feature a difficult road for a show taking place in a hospital – especially in the 2020 world of the coronavirus pandemic.

According to showrunners Andy Schneider and Diane Frolov, Chicago Med will make a time jump, moving the series past the current pandemic.

“We’ll need to portray the new reality in hospitals, E.R.’s once we’re on the other side of the current situation,” they said.

As for the characters on the show, the showrunners said that April and Brian will still be close, despite the turmoil from Season 5, and that they “still care too much about each other to just be coworkers.”

There was also the twist in Season 5, where Crockett revealed to Natalie that he had lost a child years ago, but he wants to keep that a secret from the rest of the staff at the hospital.

The relationship status between Will and Dr. Asher seems to be moving forward as well, but the questions remain about whether the relationship can be built on trust.