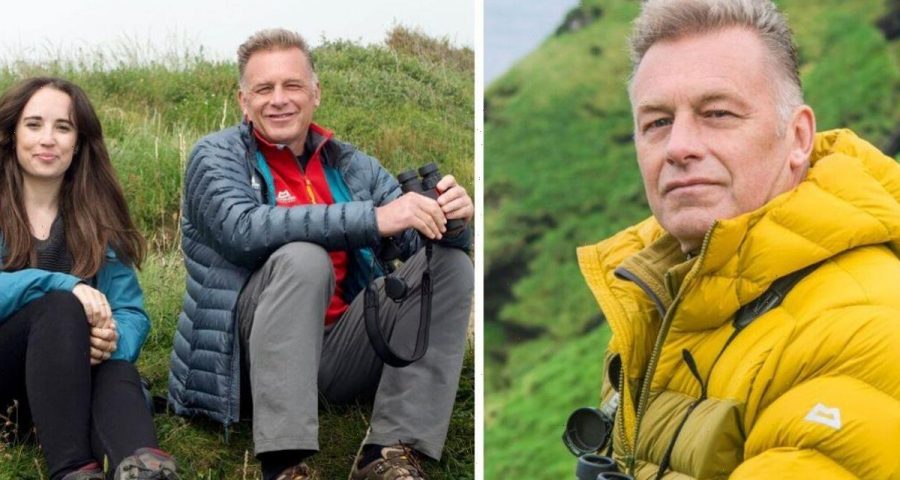 The passionate wildlife protection advocate presents the series year-round, with Springwatch and Winterwatch also captivating BBC audiences as Chris and fellow presenter Michaela Strachan track the movements of wild animals throughout the seasons. The hosts like to connect with viewers during the live shows, which they normally present from outside as they wait for updates on nearby wildlife. Speaking exclusively to Express.co.uk, Chris admitted they can sometimes get “carried away”.

In the Watch series, naturalist Chris lends his expertise as cameras capture seasonal animals going about their unique routines.

Talking about how much he enjoys filming the shows, Chris remarked: “There’s a real sense of events if you know what I mean.

“So because they’re focused in those periods of time, either one, two or three-week blocks, they’re a bit of a wildlife festival and we’re forecasting it to the outside world.”

He continued: “We all turn up, we don’t know who’s going to be in the film.

“We’ve got a few ideas but the headliners might not show, so we all worked really, really hard to do what we can to get the best of the wildlife on TV.

“And it’s round the clock to be quite honest with you. So you get a bit carried away with the whole project per se!

“And I hope that comes over because everyone who works on it is tremendously enthusiastic.”

Thankfully, viewers at home seem to notice and the 61-year-old talked about the promising audience response to each show.

“We get good audience response,” he reflected.

“And in fact, their enthusiasm, the audience’s enthusiasm is a great fuel for us on the programme.

“You know it means that we’re connecting and meeting our mission.

“And our mission is to engage people with UK wildlife and make sure that they understand that it’s interesting, fascinating, beautiful and worthy of looking after.

“And they take that on board, you know, and then occasionally we do the more hard-hitting things.”

When asked what his favourite season is in terms of filming for the BBC staple, he admitted it was a “hard” one to pick.

“I would say for me it’s probably Autumn,” he commented.

“It’s the most difficult programme to make because Autumn is a flexible season.

“Spring pretty much has to happen, and it’s down to temperature day length, which triggers all of that animal activity.

“Autumn is very much shaped by the spring and summer that have come before it, weather in other parts of the world and that affects all of our species.

“It’s the most difficult but I think it can be the most beautiful. I don’t mind winter either.

“A lot of people think winter’s a time when everything shuts down, dead or hibernated but in fact, there’s an enormous amount of activity.”

Autumnwatch is available to watch on BBC iPlayer.