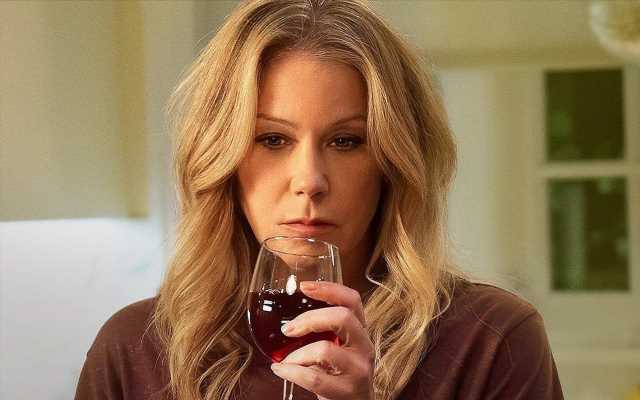 Bosses at Netflix and CBS have put on hold production for the ‘Dead to Me’ series to give the leading lady ‘time and space’ after she’s diagnosed with multiple sclerosis.

AceShowbiz –Christina Applegate‘s series “Dead to Me” has temporarily halted production after the actress shared her multiple sclerosis diagnosis on Monday (09Aug21).

Officials at Netflix and CBS Studios released a joint statement on Tuesday (10Aug21), announcing they will give the former “Married With Children” star “time and space” to process the shocking news.

“Dead to Me”, which is currently in production on its third season, stars Applegate as Jen, a recently widowed real estate agent who bonds with Judy (Linda Cardellini) over her own loss.

The series, which Christina also executive produces, drew on Applegate’s own cancer battle for her character’s storylines.

The actress revealed she had been diagnosed with breast cancer in August 2008. The following month, she announced she was cancer-free after a double mastectomy.

And now, after her new health crisis, studios bosses have her back.

“We love and support Christina and respect her privacy as she takes the time and space she needs in this moment,” Netflix and CBS Studios reps told The Hollywood Reporter.

Josh Gad, who co-starred with her in 2008 comedy film “The Rocker“, was among those sending Christina well wishes.

“I don’t know a stronger, braver and more courageous person than @1capplegate. She will not be defined by this diagnosis and she will overcome any obstacle thrown her way. Asking everyone to send lots of love and positivity my friend’s way,” he tweeted on Tuesday.