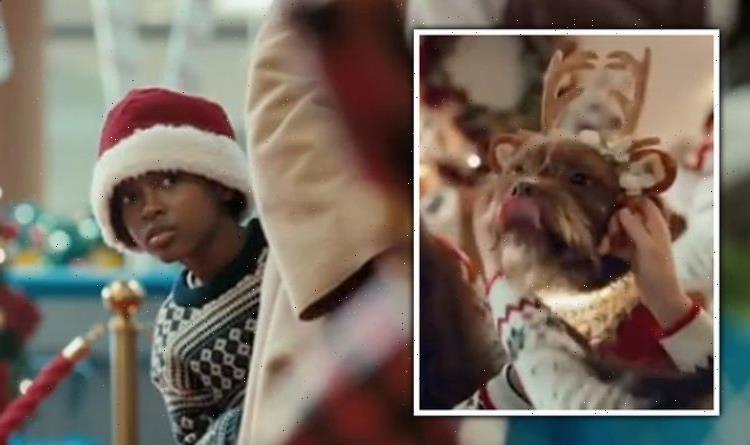 Very releases their Christmas advert for 2021

The overwhelming theme of last year’s Christmas adverts was kindness as the country continued to battle through the Covid-19 pandemic. From John Lewis’s random acts of kindness advert to Sainsbury’s releasing three heart-warming ads centred around those looking forward to seeing family members after months of being part – there were plenty of tear-jerking moments. However, which brand will take the crown of 2021’s best Christmas ad? Here are the best ones of the year so far and everything you need to know about those that have yet to be released.

Titled It’s the Very Best Excuse, the 30-second clip includes several “very best excuses” we may use during the festive period.

The advert shows twin boys washing dishes while they look lovingly at a picture of a new games console while another child pours his mum a cup of tea.

Carly O’Brien, Chief Marketing Officer at The Very Group, said: “At Very, our mantra is about enabling people to purchase what they need – be it treats or everyday items – that create joy ‘this Very moment’.

“After Christmas was pared back for many last year by last-minute lockdowns, we wanted to get into the spirit early and unashamedly embrace the season as soon as the leaves start to fall.

“As the ultimate Christmas enthusiasts and champions of now, we have focused on empowering and enabling our customers to say yes to all the excuses that make their Christmas so wonderful.”

Etsy doesn’t just have one but six Christmas adverts for 2021 focussed on the importance of meaningful gift-giving.

Our Santa is the name of the first advert which highlights the importance of representation as a young boy spots his Dad feeling down after seeing pictures of white Santa Claus.

The other adverts are titled Bus Stop, The Recipe, The Tradition, Mozart and Everlasting Love and are all linked to Etsy’s overall theme – Gifts That Mean The World.

The brand explained: “Now more than ever, shoppers are buying with intention and seeking out products with craft, quality, and meaning. The Etsy platform is built upon the passion and commitment of its talented sellers, who expertly create unique, handmade products, perfect for Christmas gifting.”

Etsy releases their 'Our Santa' Christmas advert for 2021

For many, the John Lewis Christmas ad marks the start of the festive countdown.

Although it’s not been confirmed exactly when the ad will air, the brand has dropped the advert in the second week of November for the last two years.

In 2020, the random acts of kindness inspired clip was shown on November 13 on social media before being broadcast on ITV the following day.

With Adel having released new music last month, bookmakers Betfair has tipped the star to sing the brand’s Christmas ad.

She’s been tipped to be the voice behind the advert with odds of 2/1 while Anne Marie sits behind at 5/1 followed by Arlo Parks at 7/1.

Betfair spokesperson Sam Rosbottom said: “Having teased her new song, Adele is hot favourite to be John Lewis’s choice to sing in their iconic Christmas advert.

“However, the British songstress has stiff competition from the likes of Anne Marie at 5/1, Arlo Parks at 7/1 and Freya Riding at 12/1.

“Established names such as Ed Sheeran and Coldplay are 14/1 and 33/1 respectively, while Oasis are an outside shout at 100/1.”

However, Sainsbury’s was forced to defend one of its adverts titled Gravy song after it was criticised for featuring a Black family who were hoping they’d be able to spend the big day together.

The supermarket explained: “At Sainsbury’s, we want to be the most inclusive retailer. That’s why, throughout all our advertising we aim to represent a modern Britain, which has a diverse range of communities.

“We have three stories of three different families in our advertising.”