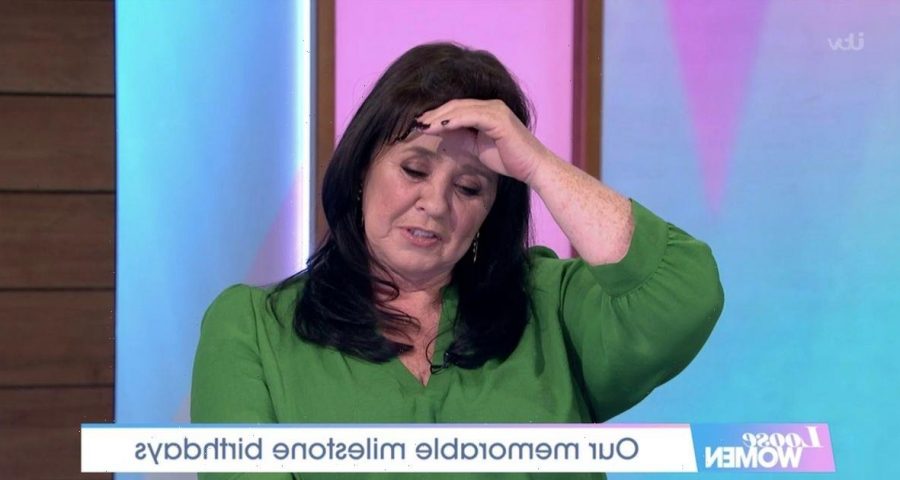 Coleen Nolan has responded to rumours that she's feuding with her Loose Women co-stars – and she's denied acted 'high and mighty' on the set.

The TV presenter was left devastated after backstage rumours surfaced that Coleen had fallen out with her fellow panelists on the daytime show.

It was claimed that Coleen's co-stars Stacey Solomon and Nadia Sawalha refused to appear on the all-women chat show whenever Coleen was scheduled to join them on the panel.

56-year-old Coleen has strongly denied the rift rumours, and her colleagues such as Brenda Edwards and Janet Street-Porter have spoken out in defence of her.

Nolan has been left feeling "really hurt' as speculation continues to spread despite the support from her co-stars, including claims that she acts 'high and mighty' on set.

The TV star has even taken legal action against the allegations, but she praised her Loose Women pals amid the drama.

Speaking to Ok! Magazine, "hurt" Coleen admitted she was "really hurt" by the rumours, and that her Loose Women colleagues had been "so supportive" of her.

She said: "Oh it really hurt. The girls have been so supportive – besides, none of us on Loose Women have ever said we wouldn’t work with anyone else. It was just so upsetting."

"Brenda, Ruth and Janet are the ones I’m always talking to, but I love Christine Lampard. I left her out last time and she said, “I thought I was your friend!

She later insisted that she gets on with all of her fellow panelists, and would never refuse to work with any of them.

"I get on with all of them. I would never refuse to work with anybody."

Coleen also claimed she could "never be high and mighty" and "can't stand divas", following claims that she acts superior to her peers on set.

She continued: "I could never be 'high and mighty' because my mother would jump up from her grave and batter me.

"I can’t stand divas of any kind. I’ve had enough drama in my life, I don’t need any more.

"This is my time to enjoy myself, and I’m not going to let anyone spoil it. I just want a quiet life, feeding my goats and doing Loose Women."

Coleen had promised viewers she'd address the feud rumours on the show last week, but fans were gutted when she failed to do so.

After the show, she apologised for not speaking about the claims – explaining that her lawyer had advised her against it.

She wrote: "I’m so sorry we couldn’t say what we planned to today but my lawyer advised me to go through the legal process, but rest assured you will hear the outcome of this and I will share it when I can."