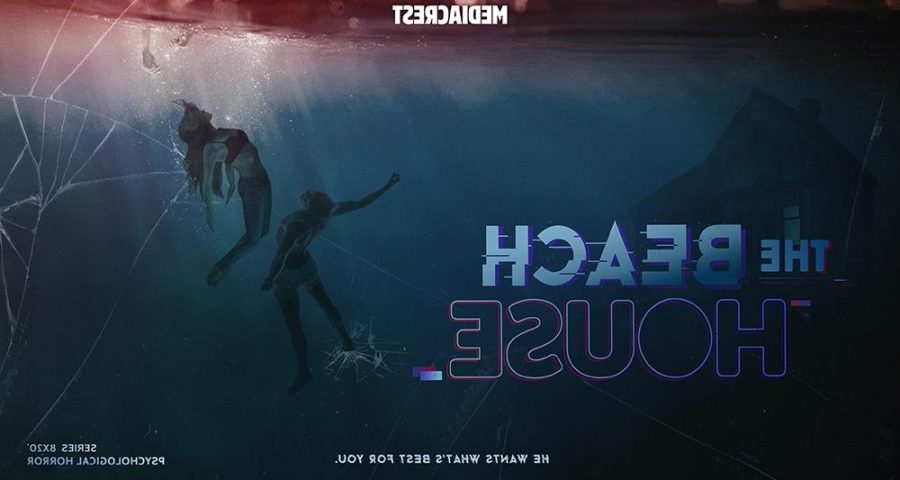 The heart of Conecta Fiction is its pitching sessions where producers and creators bring onto the market, looking for partners and sales, projects which have often flown completely under the radar. Following, details of titles in the three main sections at Conecta Fiction:

A sci-fi parable for the young teen crowd backed by Zumbastico (“Paper Port”), owned by Canada’s Pipeline Studios Group. Antonio (13) can repair most anything, except for his ailing mother. But by entering a strange mechanical world, he gets a chance to make that repair as well. From two of the writing stars of Chile’s fast burgeoning premium TV scene: Videla, whose credits take in Pablo Larrain’s “Prófugos,” Lucía Puenzo’s “La Jauria” and the upcoming “The Cliff,” from The Mediapro Studio and Vice Studios; and Del Fierro (Besieged, La Jauria, Dignity).

The latest from Paris-based Perpetual Soup, set up by Vincent Poymiro and David Elkaïm and Jeremy Sahuel, and producer of “In Therapy” for Arte and “Gone for Good” for Netflix. An ambitious Medieval drama set in 1347 France and Italy as a avant-garde French doctor and a young “witch” battle the Black Plague. Manneville (“In Treatment” ) and Amerell (“Dahoam Is Dahoam”) are among lead writers.

Subject of a high-profile deal with Lionsgate, which boarded in early July as a co-producer and distributor, written by Chiappe (“The Beast Must Die,” “Their Finest,”) and Perrin (“The Level,” “Shetland” “Leonardo”), some of the highest-profile scribes at 2021’s Conecta Fiction.  A crime drama/romance blending with the supernatural, as Cathy and her children escape to the Costa del Sol, fleeing violence past and present, only to awaken the spirit of a murdered hitman.

A new series project from go-ahead Lisbon-based Santa Rita Filmes which had “Doce,” directed by company founder Sequeira, competing in International Panorama at early September’s Series Mania. Billed as a sci-fi drama, it turns on a woman who appears to find happiness via a phone app which risks, however, destroying her existence. Borges and vet TV scribe Jorge (“Sedução”) co-write.

Billed as an intimate espionaje drama thriller as a veteran Spanish Intelligence Center agent with terminal cancer sets out to find a replacement, settling on a brilliant young female thief.

A supernatural thriller set up at Barcelona-based Mr. Miyagi Films and showrun by its founders, Angeles Hernández and David Matamoros, co-producers of Netflix hit “The Platform” and directors of “Isaac.”  Straight-arrow, compulsive genre entertainment as a beggar who claims he can see the future warns the owners of a luxury campsite that tragedy beckons. Some time later, their youngest son is abducted and mysteriously disappears.

Teaming Jack Armstrong’s Dublin-based Revolution Media and and top Irish production house Subotica (“Michael Inside,” “Miss Julie”), a historical action drama thriller, set over 1550-1609, turning on Hugh O’Neill, raised as an English lord, but with royal Gaelic blood coursing his veins. On his shoulders, rests the fate of his native people. With “Games of Thrones” Aidan Gillen on board in a lead role and “Vikings” helmer Stephen Saint Leger set to direct.

Top Chilean writer-director Matías Bize (“En La Cama,” “The Life of Fish,” “The Memory of Water,”) is on board as director, María Elena Wood (“Dignity”) and MegaMedia’s Jaime Sepúlveda produce – powerful backing for a family drama in which Aga learns that her adopted son was stolen at birth. Together they search for the truth and discover a conspiracy of Chilean child trafficking stretching back near 70 years. Set between Sweden and Chile and ripe for Scandinavia-Chile co-production.

“He wants what’s best for you,” announces sarcastically  the logline of “The Beach House.” A 20-minute episode series wrapping sexual gender violence in a psychological horror tale of a teen couple who rent a house on the beach for a quiet weekend together. But, as Mediacrest’s Alberto Macías puts it, amor soon becomes terror.

Set in a village in the mountains – which, being Spain, is likely to offer extraordinary vistas – three young girls turn detectives over what is described as the best summer of their lives. At stake: the truth behind their late grandmother’s Agatha Christie style fiction and a treasure which could allow them to keep the family house. A relatively rare Spanish play at family live action entertainment from Galonce (“Los muertos también bailan”) with Borja González Santaolalla (“Way Down”) and Ángel Agudo (“Luimelia”) joining as director and co-scribe.

First glimpsed at 2019’s Guadalajara FICG PitchBox and now back in circulation, post-pandemic, a border-crossing reverse immigration comedy with a young nationalist Vlogger suddenly deported from the U.S. to a home country he never recognized as such. “We are trying to contrast misinformation, to show the reality that a daily mile of people in the world live in their search for a dignified life,” Fontana told Variety.

A sci-fi thriller: “Six seemingly independent stories about obsolete professions and crimes all converge in one final invention that will change everything,” the synopsis runs. Created by Durán, founder of Spain’s Alcalá de Henares-based Smaver Microfilms Studio, a video clip, fiction, commercials and branded content company.

Synopsis: “In a future where artificial intelligence guides our species, ‘Totem 2040’ portrays the moments leading up to the most violent uprising in the history of civilization.” A sci-fi thriller from Aronak and Da Cruz, director and producer of 2016’s “Wrath,” and TV sports doc director Romero, helmer of HBO España’s “Destino Rusia 2018.”

A series project from Cano, whose credits include Atresmedia’s “Deudas,” and Fabra, writer of Amazon’s upcoming “Un Asunto Privado.” Together,  they are currently penning a feature for Paco Plaza and a series for Rodrigo Sorogoyen’s Caballo Films. After first-wave COVID-19 lifts, three female caregivers at a retirement home retreat to Spain’s stunning Cabo de Gata to reconsider and reset their lives.

A fantasy thriller set in the land of Ellah, where women reign over men, But is merciless matriarchy any better than its male counterpart? Petchanska asks is what she calls a sci-fi utopia/dystopia drama. A high-concept play which looks likely to attract high-profile participation from the world of music.

Recovering from a near-death experience an ex war correspondent-turned-writer seeks to leave his mark for posterity in a world of feminism, inclusiveness and social media which have converted him into a relic. Expect a high-profile Spanish protagonist announcement shortly. Written by March and Erre, head writer on the Santiago Segura hosted comedy sketch show “Hoy No, Mañana.” Described as a light drama laced by magic realism.

A half-hour comedy: Spanish national team goalkeeper Teresa Giménez, 39, retires after winning everything in women’s soccer, except money and recognition, the logline runs. Positioned as the first series in Spain about women’s soccer, and hopefully spangled by cameo roles from some of Spanish soccer’s greats, the latest from writer-directors Bellón and F. Calvillo who have carved a reputation for bathetic often celeb-themed comedy through shorts such as “Cariño, me he follado a Bunbury” and the Goya-shortlisted “Una noche con Juan Diego Botto.”

A thriller set in Barcelona’s vibrant Raval back streets as a Dominican bike rider disappears and his girfriend, Sofia, a tourist guide, looks for him, discovering a modern-day criminal world and unknown aspects of herself.  From writer-director Victor Alonso-Berbel, a best Latino director winner at the DGA Student Film Awards for 2018 short “Perfectly Natural” and Jan Matheu, two young but go-to writers with projects set up together at “The Head” producer The Mediapro Studio and “Elite’s” Zeta Studios. “Raval” has been selected for Spain’s 2021 SGAE and Tabakalera labs.

A light period dramedy about Cris an 11-year-old who’s a lesbian, though she doesn’t yet know it – natural at her age when she lives in a village outside Madrid in 1997 Spain. Penned by the writers of female stand-up show “Las que faltaban.” Chisleabnski’s credits also take in nine episodes of “Aida,” Globomedia’s Mediaset España sitcom classic and Anima Estudios’ “Cleo & Cuquin,” backed by Televisa and TVE.