CORONATION Street fans are furious after Geoff tried to get Yasmeen to cut granddaughter Alya out of her life.

The abusive husband – who is played by actor Ian Bartholomew in the ITV soap – tried tonight to get Alya to sell her half of the restaurant to him and Yasmeen so he could kick her out for good. 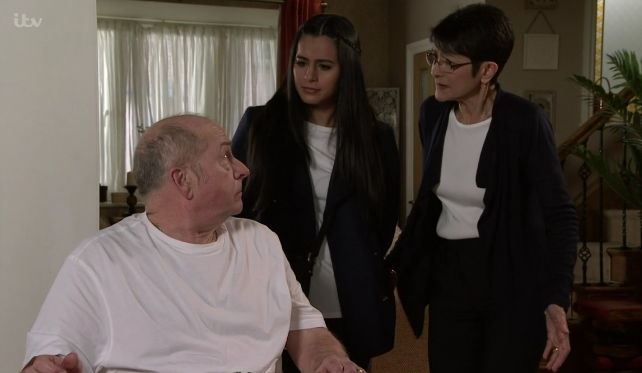 He has been coercively controlling Yasmeen for months with his cruel behaviour but tonight Alya called him out on his scam to drive her out by leaving fake reviews online slamming her.

But when she kicked off, he decided to use it against her to manipulate Yasmeen into cutting her off.

He told his wife: “I’m sorry I should have thought this must be terrible for you being stuck in the middle.

“Why is she so angry? Is it her career? She bounces about like a yo-yo from one thing to another. 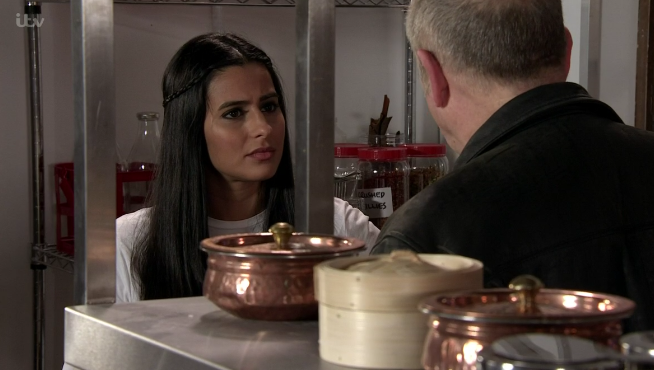 “The problem is her frustration is affecting our customers. I’m not sure we can go on from this. We can’t go on like this.

“For the sake of the business, I think it’s time Alya moved on.”

Earlier Geoff had a furious clash with Alya after realising she was onto his vile behaviour.

I think you should go. This town isn’t big enough for the both of us. Yasmeen and I will give you a decent price for your part of the business.

But defiant I will never hand over something I’ve worked so hard to build to a man like you.

He sneered at her in reply: “OK, I think I’ll do a bit of gardening. I’ve got a few nasty weeds I need to get rid of.” 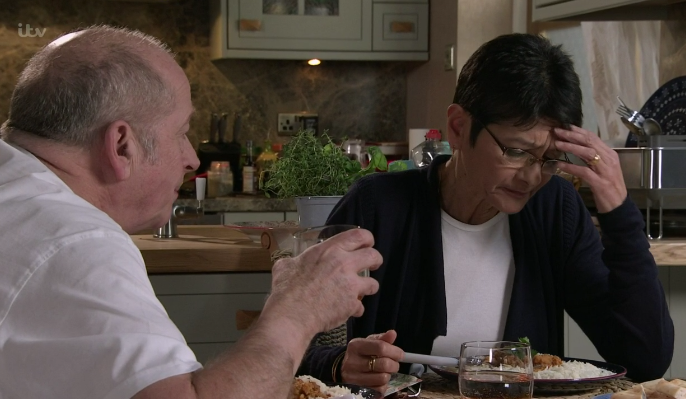 Viewers were disgusted at him.

One wrote: “Geoff makes me sick! He gives Yasmeen a compliment & a put down all in 1 & starts going on about the bad reviews that Alya has got online that he wrote!

"I can't stand him! Persevering face."

A second said: “#Corrie …watch out grrr Geoff Yasmeen may be a pushover but alya is sooooo gonna sort you out at last!!!!!!!!!"

Another added: “’m really starting to like alya, can’t wait until she brings down geoff #corrie."