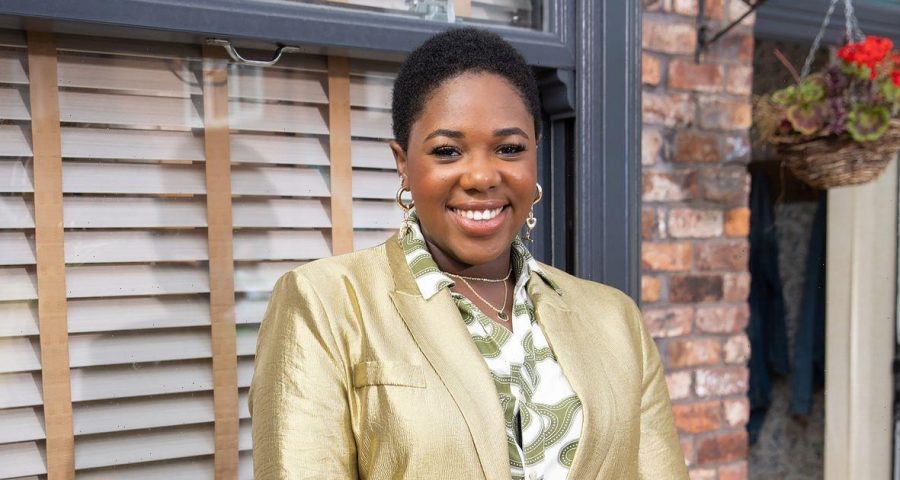 Coronation Street fans were excited to welcome a new character to cobbles on tonight’s episode.

James Bailey’s sister Dee-Dee was seen entering the famous street in dramatic fashion in a bid to save her brother from his football woes.

The Weatherfield football star recently found out he had cardiomyopathy, a disease of the heart that can be fatal and which landed him in hospital and put his football career on hold in recent scenes of the ITV soap.

However, the Bailey family are thrilled when Dee-Dee Bailey comes to the cobbles from America, although she was last thought to be living in Belgium.

A second added: “Just the breath of fresh air the Bailey family needs.”

“I do like it when a new character makes me smile, #Corrie,” penned a third.

Actress Channique Sterling-Brown will be taking on the new role as James' solicitor sister.

Dee-Dee arrived in dramatic fashion having left her bag with her valuables in the back of her cab.

She was introduced to Shona who helped her call the cab company to track down her bag in hilarious scenes.

The new character is seen reviewing a letter to her brother from Weatherfield County offering him a paltry final pay-off.

Dee-Dee takes it upon herself to sort everything out for him.

She calls the club and, after explaining that she's a solicitor, demands a meeting and pushes for a better deal for her brother.

But James won't be the only resident Dee-Dee could be helping next week.

The new character is wasting no times getting stuck in to some dramatic storylines after she reconnects with former homeless man Stu Carpenter and she agrees to take on his case in upcoming scenes,

The Speed Daal chef was accused of murdering his former lover Charlie and has desperately tried to prove the investigation was botched and he was made to take the blame despite being innocent.

Dee-Dee quickly points out gaps in the police inquiry and suggests they speak to Bridget and go over her mother's statement.

Soon enough, both Bridget and her mother Lucy are questioned while Dee-Dee reveals she's found an address for Lennox, the officer originally in charge of Stu's case.

This is a live TV story and is being constantly updated. Please refresh the page regularly for the latest news, pictures and video.

You can also get email updates on the day’s biggest TV stories straight to your inbox by signing up for our soaps and Hot TV newsletters .

Get all the very best news, pictures, opinion and video on your favourite TV shows by following Daily Star every time you see our name.

Keep up-to-date with your must-see TV stories, features, videos and pictures throughout the day by following us on Facebook at facebook.com/DailyStarShowbiz