Coronation Street resident Alya Nazir (played by Sair Khan) has been fighting tirelessly to try and get justice for her grandmother Yasmeen (Shelley King) for months after she was refused bail for her attack on Geoff Metcalfe (Ian Bartholomew). However, she was trying to defend herself after he threatened her with a knife and after her trial next week, it seems Alya and Geoff will still have some unfinished business as they go head-to-head for the final time – but will they both make it out alive?

Fans of the ITV soap know Yasmeen is completely innocent of her accused crimes after she finally managed to stand up to evil Geoff.

Many of those on the cobbles initially believed Geoff’s side of the story and it was Alya who got those around her back onside.

Alya has proved vital in helping her grandmother realise she had been abused and later persuaded Geoff’s ex-wife Elaine (Paula Wilcox) to testify.

But shortly after, Elaine went missing but viewers will see her back on-screen again in episodes to come as she is paid a visit by Tim Metcalfe (Joe Duttine). 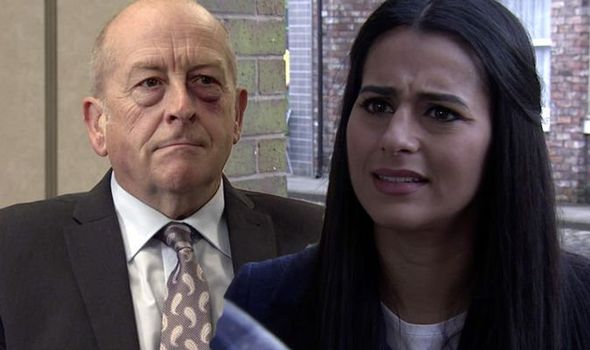 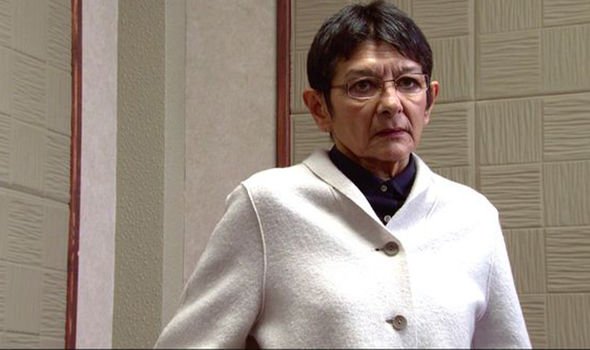 Next week, the moment fans have all been waiting for will finally arrive – Yasmeen’s trial.

The outcome of the trial is yet unknown but fans are desperate to see Geoff get his long-awaited comeuppance.

Speaking to Express.co.uk and other press, it seems he just might as Sair spoke out on some explosive scenes ahead with co-star Ian. 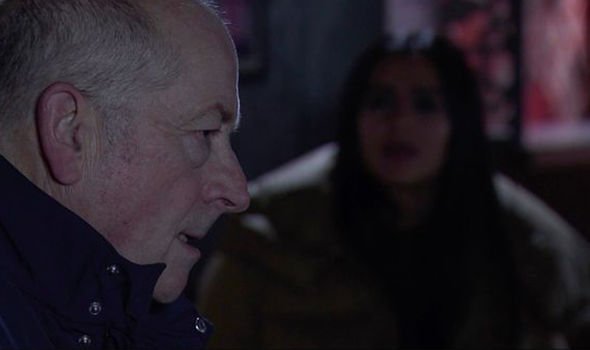 It seems Geoff may not come out of the trial as he hopes as the process continues and the pair will have a “face-off” next week.

She said: “That’s one of the, kind of, breaking point scenes that we did where – and it’s after the trial and Geoff has been really backed into a corner – they then they meet.”

Sair went on to explain what it was like to play the scenes, adding: “On the one hand, I was playing as an actor playing the story with the limited information that the character has and on the other hand, I was totally watching it as a viewer.”

It seems Geoff will finally meet his match in Alya as the pair get to have their all-important showdown.

Sair said: “Honestly, the desperation from Geoff it was wreaking out of him, you could almost… the audience will be able to smell it through TV screens – it was amazing.”

Praising her co-star’s performance, she continued: “Ian was just sensational in that scene and it was actually really fun to play. So, I’m so excited.

“And it was just… this is what we live for, having seen like this, and especially at the end of quite a tumultuous two years.

“I was glad that they had, they got to have the opportunity to have one final face-off,” teased the star.

It comes after Ian Bartholomew suggested his character would be departing the cobbles after commenting on the “shelf life” of soap villains.

He said: “I think it’s pretty much understood that if you play a character like this if you are a villain or baddie, there is a certain amount of shelf life.

“So, it wasn’t a surprise, when we realised that we were coming to some sort of conclusion, or some sort of catharsis, for Yasmeen.”

But will Alya and Geoff both make it out alive of their upcoming clash – and what will the future hold for Yasmeen?

Coronation Street airs Mondays, Wednesdays and Fridays at 7:30pm and 8:30pm on ITV.