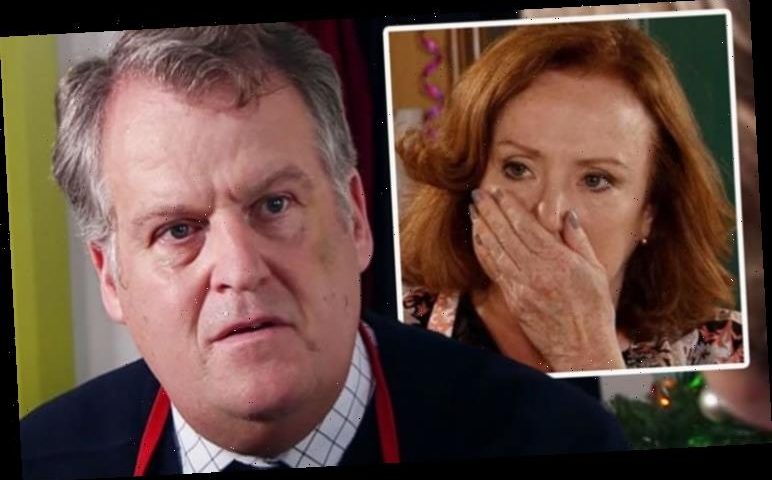 Corrie: Yasmeen snaps at Cathy in front of Geoff

Cathy (played by Melanie Hill) and Brian (Peter Gunn) have been taking a backseat on Coronation Street of late. However, ITV bosses have promised the couple are going to thrown into the spotlight as the former’s nephew Alex Warner (Liam Bairstow) faces a horrific ordeal at the hands of trolls on social media. When his auntie takes action, it seems she could be hiding a heartbreaking secret about her past.

The kebab shop worker has been a mother figure to Alex, who is the love child of her ex-husband Alan Matthews and sister, Nessa Warner (Sadie Shimmin).

Therefore, if anyone dare crosses him, Cathy launches into protective mode and this is going to see her get into some trouble with her fellow Weatherfield residents.

Executive producer Iain MacLeod told Express.co.uk and other publications: “I think Brian and Kathy have the flavour of an archetypal Corrie couple for me.

“They just feel like you could have probably had them on screen at any point in the history of the show and they would have felt right and very Coronation Street.”

Teasing the new direction for the couple, he added: “It’s not the biggest story we’re doing by any stretch. 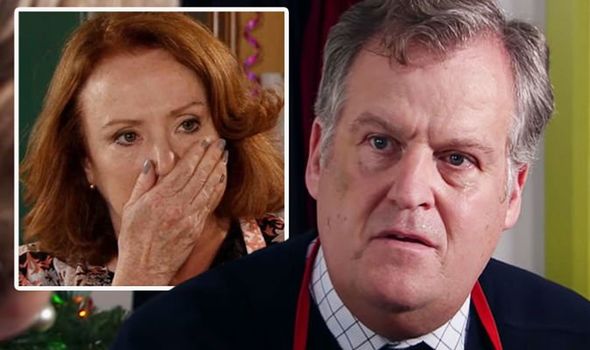 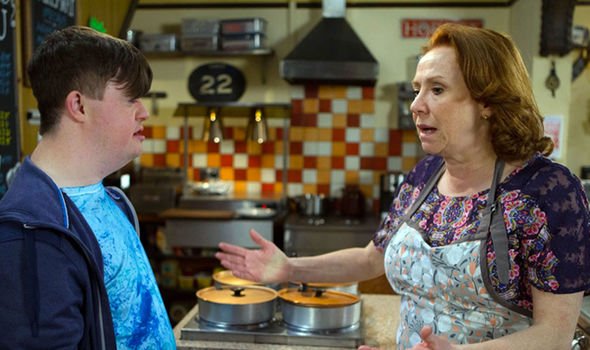 “But there’s a really interesting story about the kind of perils of social media and the kind of hell storm that can rain down on you if you take on the trolls and that will arrive in the first quarter of next year,” the soap boss continued.

“Essentially, Cathy will make some unwise choices in her online life which will threaten to sort of seeing them completely ostracised from their friends and sees them getting viciously trolled online and it’ll bring in, bring in Alex as well.

“So there’s a kind of angle for him in terms of the online cruelty that sometimes faces disabled people when they venture into social media. 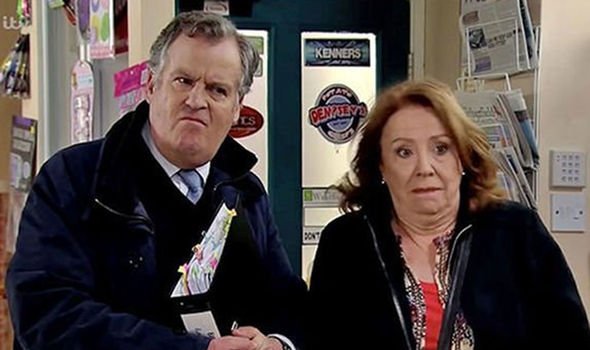 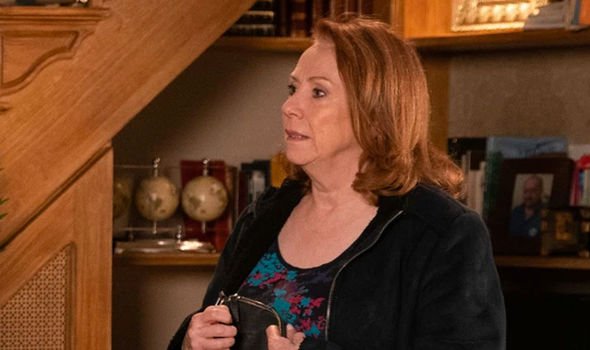 It will play to Brian and Cathy’s strengths

It wasn’t explained why Cathy feels so passionately about standing up to the trolls but could it be something to do with her past?

Seeing how angry his partner is with the online trolls, Brian could dig a little deeper and uncover a heartbreaking secret about her past.

Alex’s auntie might confess she was horrendously bullied at school and the trauma has always played on her mind.

Not wanting to see her nephew suffer the same anguish she has, this is why the kebab shop worker could go overboard with her actions to take down the trolls.

For this reason, it seems Cathy could cause more trouble than trying to heal the cruel divides created in the world of social media.

Iain spoke more about Brian involvement in the plot, adding: “I think it will play to Brian and Cathy’s strengths.

“It’ll actually put their love in the spotlight for perhaps the first time in a long time because it becomes a story about loyalty as well about standing by somebody who’s maybe made some terrible decisions.

“And understanding that one transgression online can ruin your life, but isn’t necessarily indicative of the person being a terrible person.”

The soap boss said: “It was just a moment of madness, where you say, or do something online that you regret forever.

“So it’s really interesting. It’s of a type of what we did with Asha [Alahan].

“I suppose which is you make one sort of slightly dubious decision about how you’re going to engage with the digital world and it can then spiral into something that threatens to ruin your whole life.”

This is going to be a more serious tone for Cathy and Brian, who are usually seen as the comedy duo who run The Kabin.

They were both plunged into the spotlight when their mutual friend Yasmeen Nazir (Shelley King) was being abused by her husband, Geoff Metcalfe (Ian Bartholomew).

Cathy had a hunch something wasn’t right in the relationship, whereas her partner was more defensive of Geoff.

Could this have been yet another hint Cathy has a secret past which she doesn’t reference because of how much hurt was caused?

And can she convince her neighbours to stand up united against the internet trolls?