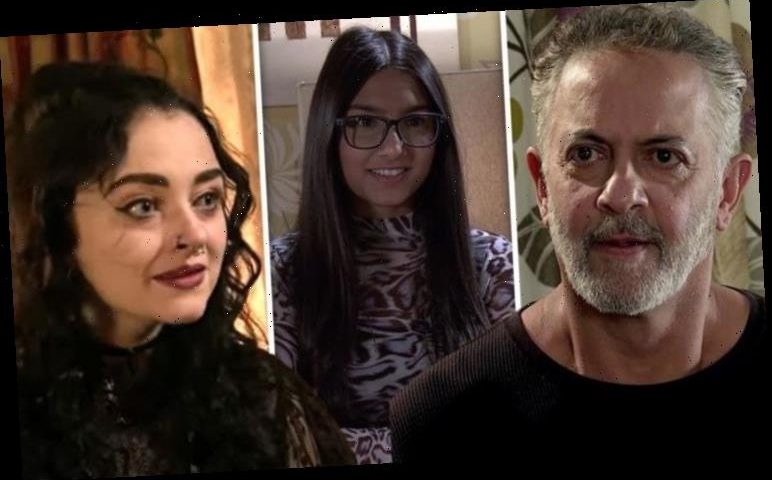 Coronation Street resident Nina Lucas (played by Mollie Gallagher) has been firmly on Asha Alahan’s (Tanisha Gorey) side and proved a key ally when she had to endure a backlash after intimate photos of her were released by love interest Corey Brent (Maximus Evans). Asha and Corey eventually reconciled before Yasmeen Nazir (Shelley King) recently pointed out the young man’s controlling behaviour, which led to his girlfriend choosing to incite a break-up. Now, with a possible Asha and Nina romance on the cards, could Dev’s (Jimmi Harkishin) meddling leave things in chaos?

Earlier this month, Asha celebrated her 16th birthday with twin Aadi (Adam Hussain) and was planning to spend some of her special day with boyfriend Corey.

However, when Corey disapproved of a present given to her by close friend Nina, she was left heartbroken by his cruel words.

Nina had given the teenager a choker which she put on straight away but Corey ordered her to take it off.

After a chat with Yasmeen, who is in the aftermath of dealing with abuse from Geoff Metcalfe (Ian Bartholomew), she realised she had to end things with Corey. 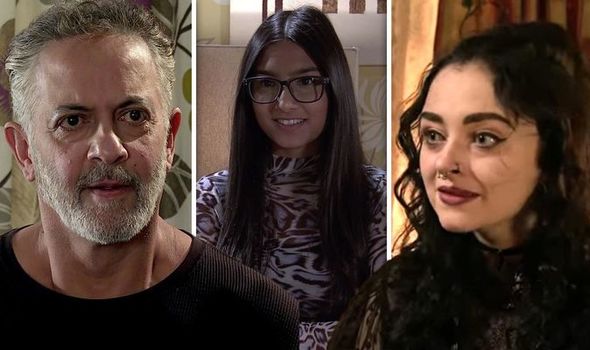 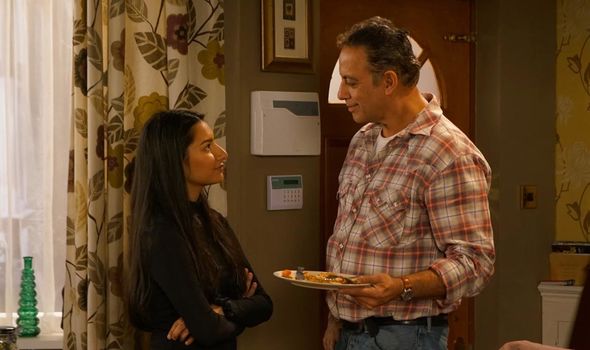 In episodes to come, it seems there will be a new love interest on the cards who really does have her best interests at heart – Nina.

Despite many fans wishing the pair to get together, it seems as though Asha’s dad could end up causing trouble in paradise.

Next week, Asha is offered a trial shift at Roy Cropper’s (David Nielsen) cafe but Corey looks to throw a spanner in the works early on.

He turns up and begs her to hear him out, but Asha is adamant he is still dumped. 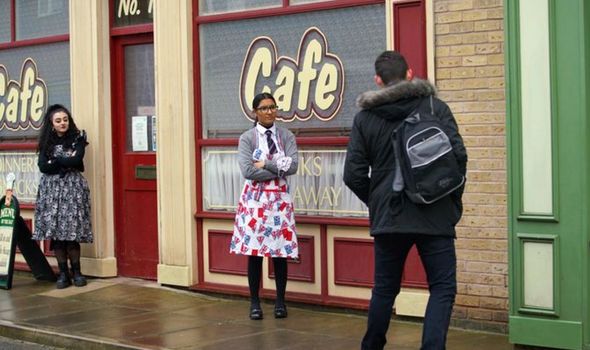 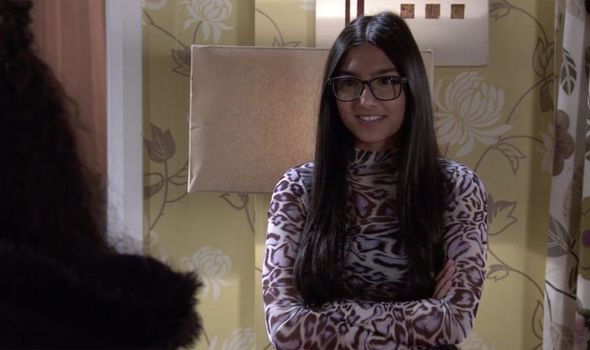 As the girls tidy the cafe, Asha lists all the mistakes she’s made in her life, including Corey.

Nina and Asha share a moment after their chat and it’s clear there could be more to their friendship than first thought.

The pair freeze when Roy enters the cafe, oblivious to the charged atmosphere and he confirms Asha can have the job.

Nina and Asha are delighted by the news, meaning they will be working together.

Later on, Asha pops by the cafe and suggests to Nina they meet up later in Victoria Gardens, with the latter confirming it’s a date.

When Dev returns home to find his daughter getting dressed up, he assumes she’s going on a date with a boy but she leaves him perplexed when she reveals she’s going to see Nina.

Asha decides to invite Nina around hers for dinner and promises Dev will be okay with it.

When Dev tells Roy what’s going on with the girls, the cafe owner is left unfazed and tells him he should be pleased Asha has opened up to him.

But with Dev’s history of being incredibly over-protective of his children, will he be able to cope with her blossoming new relationship?

Or will his interfering get too much for the pair and lead them to call it off their romance before it’s even begun?

Coronation Street airs Mondays,  Wednesdays and Fridays at 7:30pm and 8:30pm on ITV.