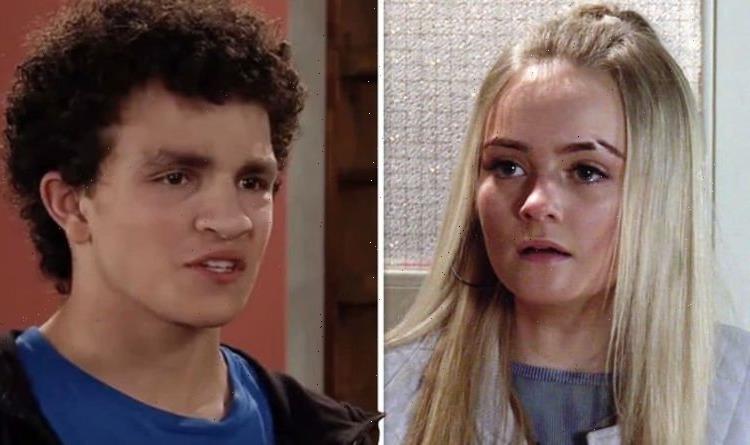 Kelly Neelan (played by Millie Gibson) was horrified when she was charged with Seb Franklin’s (Harry Visinoni) murder on Coronation Street. The troubled teenager was manipulated by Corey Brent (Maximus Evans) after growing apart from Simon Barlow (Alex Bain) earlier this year. However, could a reunion with Simon lead to a tragic ending for Kelly?

ITV soap fans will remember Kelly and Simon almost embarked on a romance earlier this year.

The pair grew close over their troubled relationships with their fathers and agreed to go on a date.

However, Simon stood Kelly up when he discovered his mum Leanne Battersby (Jane Danson) had been secretly hiding in her flat over Christmas.

Kelly agreed to give the schoolboy another chance but his venture into drug dealing put a stop to their flirtations. 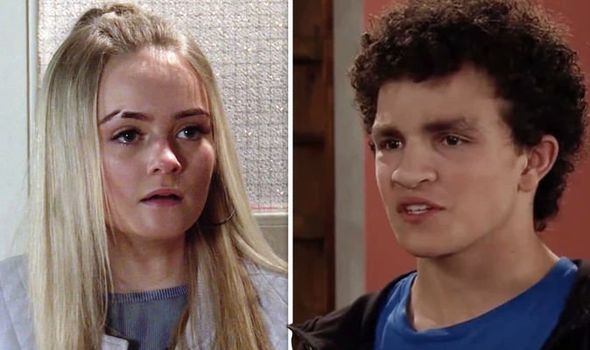 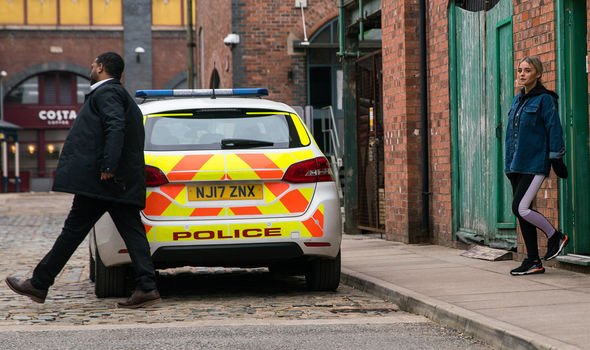 But, the actress has admitted she would love to see the pair try again in the future.

Speaking to the press, including Express.co.uk, Millie compared her relationships with Corey and Simon.

She said: “I think with Simon, it was a relationship with a person that’s actually on her level.

“They’re both troubled, they both have hard family lives, hard backstories and they’ve been through a lot.”

“It would be good to explore their relationship a bit more, because I think it was the only pure thing that Kelly actually had, especially in a romantic sense,” she continued. 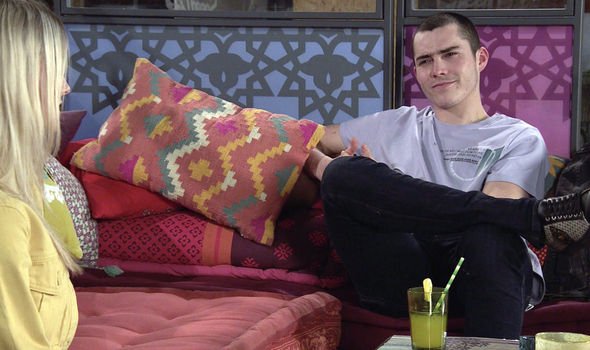 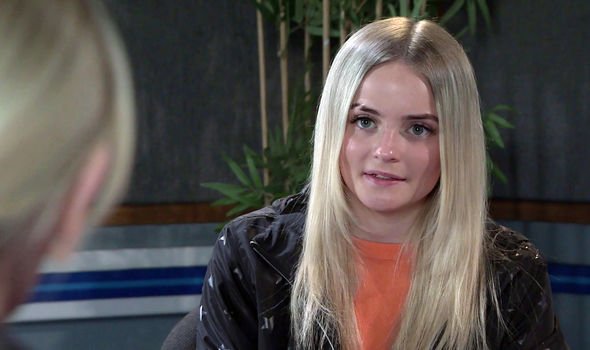 “All of her other encounters with Corey have been a bit of a game, a bit more malicious, a bit less meaningful.”

Corey was encouraged by his dad to blame Kelly for Seb’s attack and the police seem to have accepted the troubled teen was solely to blame.

However, if Corey fears Kelly is no longer under his control, he may resort to drastic measures to keep his freedom.

Simon, Leanne and Nick Tilsley (Ben Price) ran away from the cobbles in order to keep themselves safe from Harvey (Will Mellor).

The schoolboy found himself involved with the drug dealing gang as he attempted to help his struggling mum.

Simon ended up reluctantly committing crimes himself and will understand the guilt Kelly feels for being involved with Seb’s attack.

But, if Kelly and Simon do embark on a romance, Corey may become jealous of the pair and lash out.

Will he react in the same way if Kelly grows close to Simon or will he worry that Kelly will find a way to prove he was to blame for Seb’s death?

Coronation Street fans know Corey can become violent when angry and Kelly may find herself fighting for her life if she opens up to Simon.

Opening up on Kelly’s future, Millie added: “I think she’s either going to turn her life around or keep bumbling along and being the same mouthy blonde on the cobbles.

“There is a part of me that does really love her, even though she gets herself involved in all sorts of events. But I do see her sticking around.”

Coronation Street airs on Mondays, Wednesdays and Fridays on ITV at 7.30pm.