Coronation Street fans were elated this evening as they saw the return of Norris Cole (played by Malcolm Hebden).

Mary Taylor (Patti Clare) was not too excited, however, as it was soon revealed he had arrived with his new wife-to-be Freda Burgess (Ali Briggs).

Both Mary and Freda had a number of clashes throughout the show’s double-bill, resulting in many accusations and fights.

While Mary insisted she was only looking out for Norris, he simply wouldn’t hear it.

But things got a little more suspicious as Mary then found out Freda had received a diamond bracelet from Norris – prompting Mary to accuse her of being a gold digger.

And that’s not all, as Mary was convinced Freda was somehow up to no good.

The final moments of the episode saw Mary vowing to block her divorce from Norris from going through, therefore blocking any way for Freda to make any money from him.

But could Mary have already uncovered what was going on in those final scenes?

Upon returning to Norris’ house in the final scenes to apologise to Freda, Mary found the new fiancée packing bags into her car.

Although Freda explained they were for the charity shop, could she have already been siphoning expensive items out of Norris’ house? 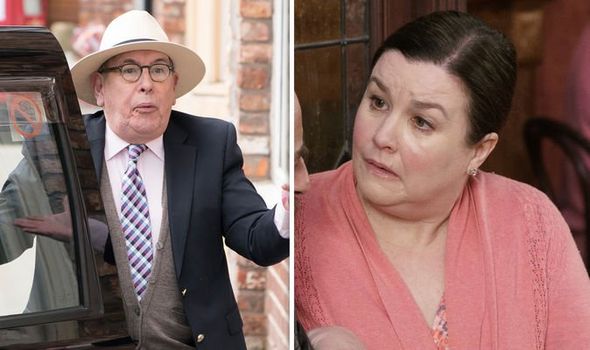 If this is the case, Mary will certainly be the only person available to out Freda for the thief she may be.

But as Norris is dead-set on marrying Freda, he may not be as willing to see the supposed truth about Freda as is required.

If Freda is working against Norris, will Mary be able to out the truth before the marriage is made final?

Meanwhile a number of Corrie cast members have been rumoured to be leaving in the coming weeks, according to a source from The Mirror.

They said: “I know of another half dozen actors who are considering their positions. 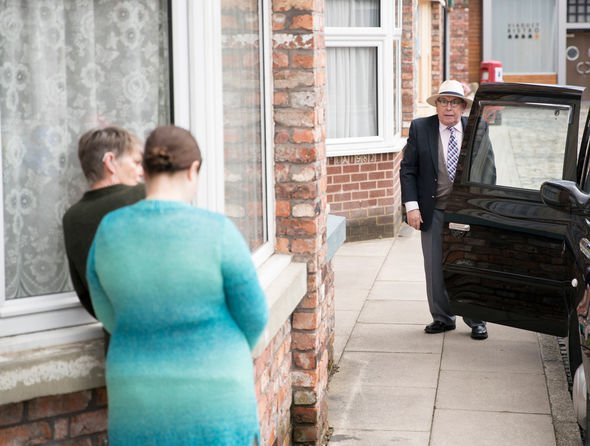 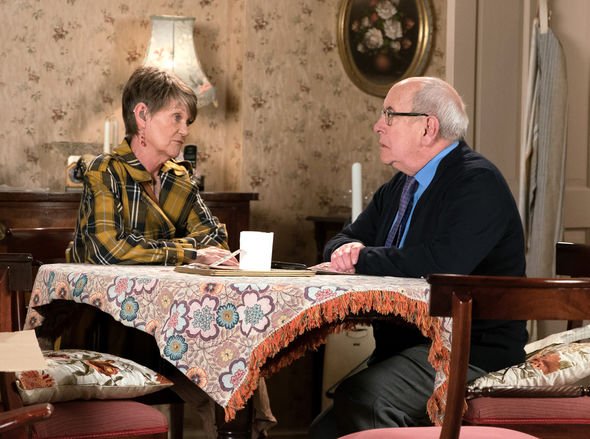 “The bosses have had a series of meetings to discuss the situation, but don’t seem to have come up with any concrete plans.

“They’ve got this old-school mindset of, ‘No one is bigger than Corrie’.”

Express.co.uk has previously contacted a representative from ITV for comment on this story.

This information follows the announcements that Lucy Fallon, Connie Hyde, Kym Marsh, Tristan Gemmill, Faye Brookes, and Bhavna Limbachia would be making their exits from the ITV soap.

But will this new set of actors supposedly leaving the show be the last?