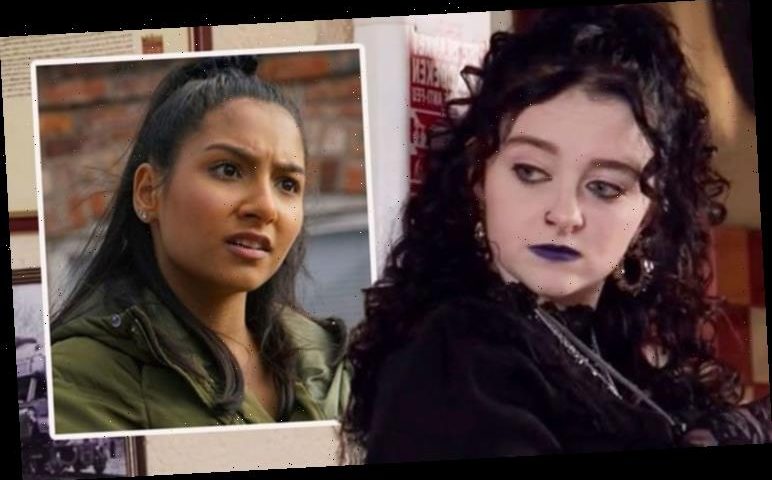 Nina (played by Mollie Gallagher) has been a source of support for Asha (Tanisha Gorey) over the past year on Coronation Street as she has helped the youngster with her self-confidence issues. It’s been clear to viewers of the ITV soap the pair share a special bond, especially as Roy Cropper’s (David Neilson) niece advised the schoolgirl to stand up to her controlling boyfriend, Corey Brent (Maximus Evans). However, as the café assistant grows closer to her best friend on the cobbles, it seems Asha’s ex could cause the couple some problems.

The drama kicks off next week when Asha is still struggling with her break-up from Corey after he was quite nasty to her about the gift Nina gave her for her birthday.

Worried about his daughter, Dev Alahan (Jimmi Harkishin) turns to Roy’s niece for advice as he knows the teenager is still brooding over her ex-boyfriend.

Noticing the schoolgirl’s grades are slipping because of the split, he asks the café assistant if she will intervene.

Making a suggestion, Nina asks the youngest if she would like to study at the café so she can escape the four walls of her home.

Taking a break from her work, Asha ends up helping her friend in the kitchen but it’s evident the pair are beginning to develop romantic feelings for one another. 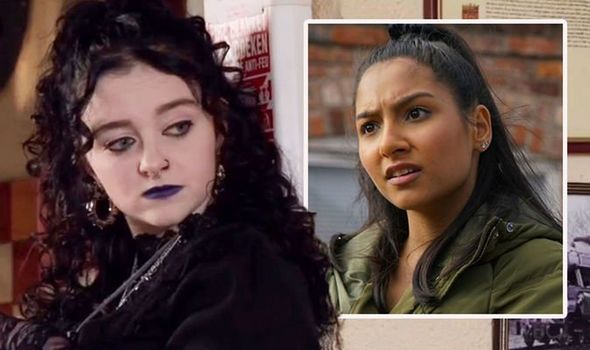 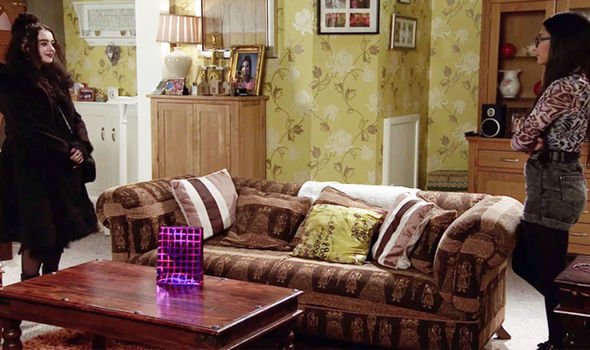 It’s been hinted on several occasions the two characters could enter into a relationship together but there are several factors working against them.

One of the biggest ones, if the pair do end up together, would be Corey as he has shown himself to be quite a jealous teenager of late.

Seeing Asha move on and be happy with someone else could lead the troublemaker to cook up a scheme to tear the women apart.

As a result, he might turn to Dev and drop the bombshell his daughter is getting closer to Nina, something the schoolgirl would’ve wanted to keep under wraps until she knew if it was a romantic spark she was feeling. 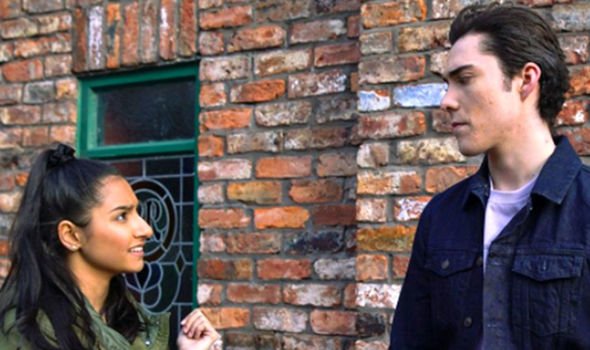 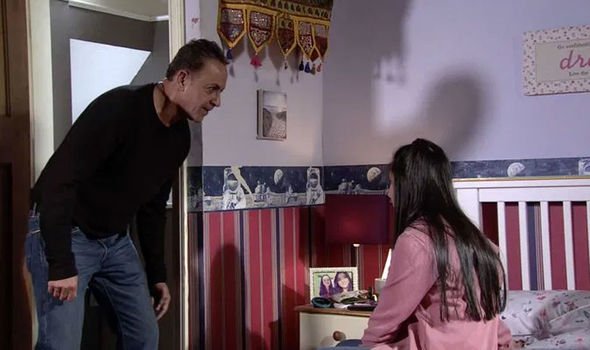 There’ll be a fantastic and unique love story

Dev is overly protective of his daughter and knowing she has only just broken up from Corey, he could tell her she is not allowed to begin another relationship.

Not yet officially an adult and still living under her father’s roof, will Asha be forced to follow his demands or risk being made homeless?

The soap boss told Express.co.uk and other publications: “There’ll be a fantastic and unique love story for her that might not entirely end up where you might expect now.”

Iain continued: “I think if you were to pop down the bookies and put a bet on how you think her love story might play out, it probably won’t be like we’re going to do it and I hope it will be pleasantly surprising in the long run.

“The love story will turn into a kind of massive social issue story that deals with things like the kind of tolerance of people that are part of minority communities.

“And that they don’t look like everybody else and it’ll become a real talking point for next year.

“It just sort of becomes this sort of huge, really emotive community story with some of our favourite actors in the middle of it,” he added, but does this suggest Nina’s chances of romance will be dashed before they even begin?

Taking to Twitter, viewers have been expressing their thoughts on the possibility Nina and Asha will become a couple.

One fan wrote: “#Corrie The Nina & Asha romance will be so sweet,” with a second adding: “Does anyone think Nina & Asha are going to get together, or is it just me? A few cheeky looks given recently #Corrie.”

A third posted: “How cute is Nina with Asha? I know they’re friends but I can’t help thinking something will blossom between them, romantically? Can this happen please? #Corrie”

“#Corrie I really love Nina she’s such a lovely character, she’s so nice to Asha as well. I just hope Asha ditches the boyfriend,” a fourth remarked.