The pair seem like they’re meant to be but there’s one thing looming over them that could cause heartbreak.

David is thought to be a cursed individual as everyone he has been with has perished.

However, could Shona curb that trend? Not according to Julia as she appeared on This Morning earlier today to discuss her upcoming storylines.

The actress was on screen with some of her co-stars ahead of the British Soap Awards which will be taking place on June 1.

But Holly Willoughby and Phillip Schofield were keen to get some spoilers out of the pair and wondered if there would be a happy ever after on the cards.

Soap expert Sharon Marshal asked: “Would you like the two of them to get married?”

Julia said it would be really nice, but David actor Jack seemed to have other ideas.

He revealed: “Everyone always dies when they get with me!”

Phillip exclaimed: “That’s what I was gonna say. You marry into that family and you die!” 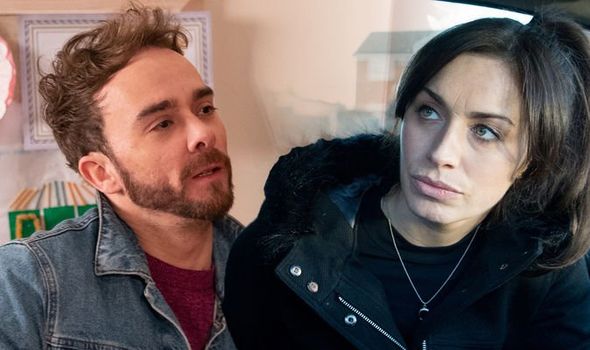 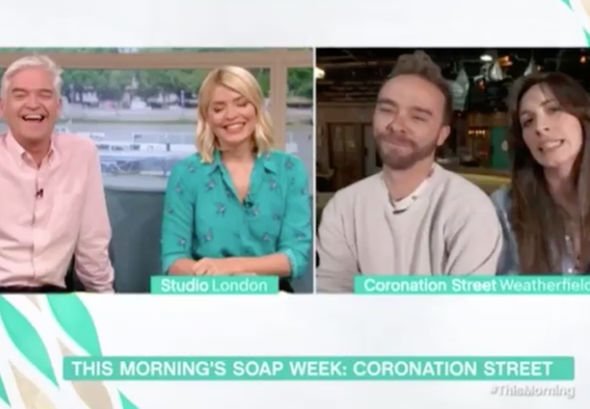 Shona star Julia joked: “I might push for a double-barrelled surname and not be a complete Platt.”

But will they even make it down the aisle? David has been getting close to Natalie Watkins (Cassie Bradley) of late.

What’s more, they are due to share a passionate smooch.

Of course, David is loyal to Shona after she pulled him through some pretty difficult times in his life.

He tries to let Natalie down gently, but it could be too late for him and Shona as the latter sees him in action. 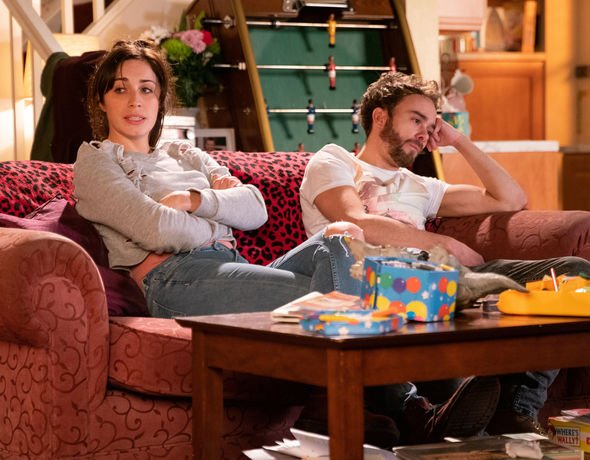 Julia hinted at a possible split to Digital Spy, telling them: “The green-eyed monster, that’s who’s in her head!

“People usually have an angel and a devil on their shoulder, but for Shona, that angel has gone. Shona is livid.”

The actress said: “For me as the actor, I have drawn on the hurt that Shona has felt when she found out Emma moved in.

“There’s definitely a hangover from that because it hasn’t even been a year since all that happened.”

Coronation Street continues tonight on ITV at 7.30pm and 8.30pm.