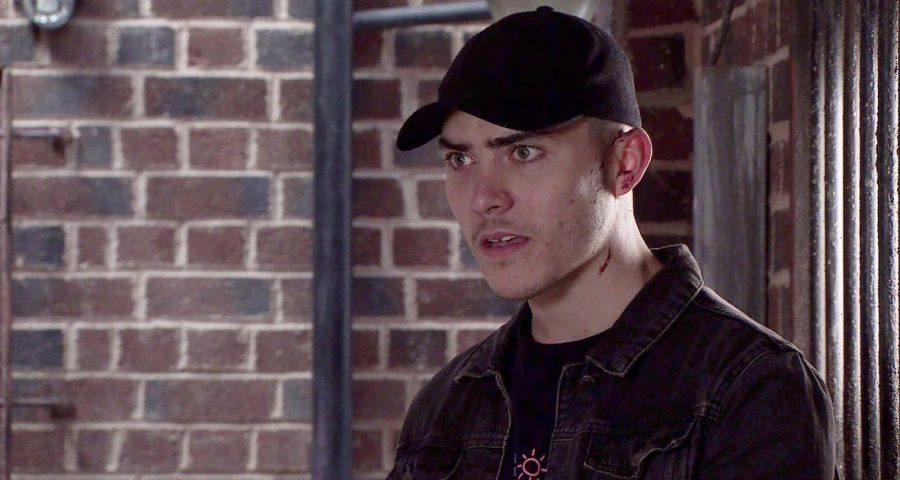 Coronation Street fans could soon see the back of evil Corey Brent as police re-open the murder case of Seb Franklin.

Twisted Corey (Maximus Evans) will attempt to make a sneaky getaway, but with new evidence against him it seems cops could intercept him.

New Coronation Street spoilers reveal what should be a beautiful week for Abi Franklin (Sally Carman) doesn't go as smooth as she'd hoped.

As the week opens, Nina Lucas (Mollie Gallagher) tells her that they found Corey's blood stained clothes from that tragic night and gave them to police.

Meanwhile, Corey demands that Stu hands over the contents of the backpack, but Stu fakes ignorance.

Abi leaves Jack Webster (Kyran Bowes) with his aunt Debbie (Sue Devaney), and he confides in her that he's worried Abi is out to kill Corey.

Soon, Abi returns home and is confronted by the duo.

Debbie shows Abi the letter and demands an explanation, while Abi begs them not to tell Kevin (Michael Le Vell) about it.

But Debbie gives her an ultimatum – walk away from Kevin and their wedding, or she'll tell him all about the letter and gun.

Kevin finds Abi packing her bags when he gets home.

She explains she stole his money and bought a gun, with the intention to kill Corey but Nina talked her out of it.

Eventually, he finds her in Seb's memorial garden and tells her how much he loves her, begging her to meet him at the hotel so they can get married.

What will Abi decide to do?

On the day of the wedding, Kevin and Jack wait at the venue.

Suddenly, they're interrupted by Nina who tells them she's had a call from DS Swain – they're re-opening the murder case and going to arrest Corey.

Elsewhere, Corey and Stefan hide out in a rented house.

Stefan reveals he has a plan and goes to call Eli's dad.

Abi persuades Gary (Mikey North) to help her track down Corey and Stefan.

She suggests they find Eli's dad too as Stefan might have gone to him for help.

Gary sets off for Stefan's office to try and find Christian – but will he get there in time?

Meanwhile, Stefan orders Corey to pack up his things as Christian is on his way with a van and some cash.

He pulls up at the house in the van, as Corey and Stefan get in the back.

Once inside, Stefan explains to Corey the plan for them to flee the country where he can start a new life with a foreign football club.

A pathetic Corey is grateful, but the van draws to a sudden stop.

Will Corey get away with murder again – or is the game finally up?