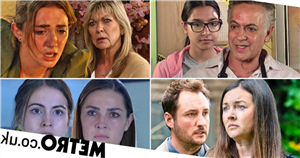 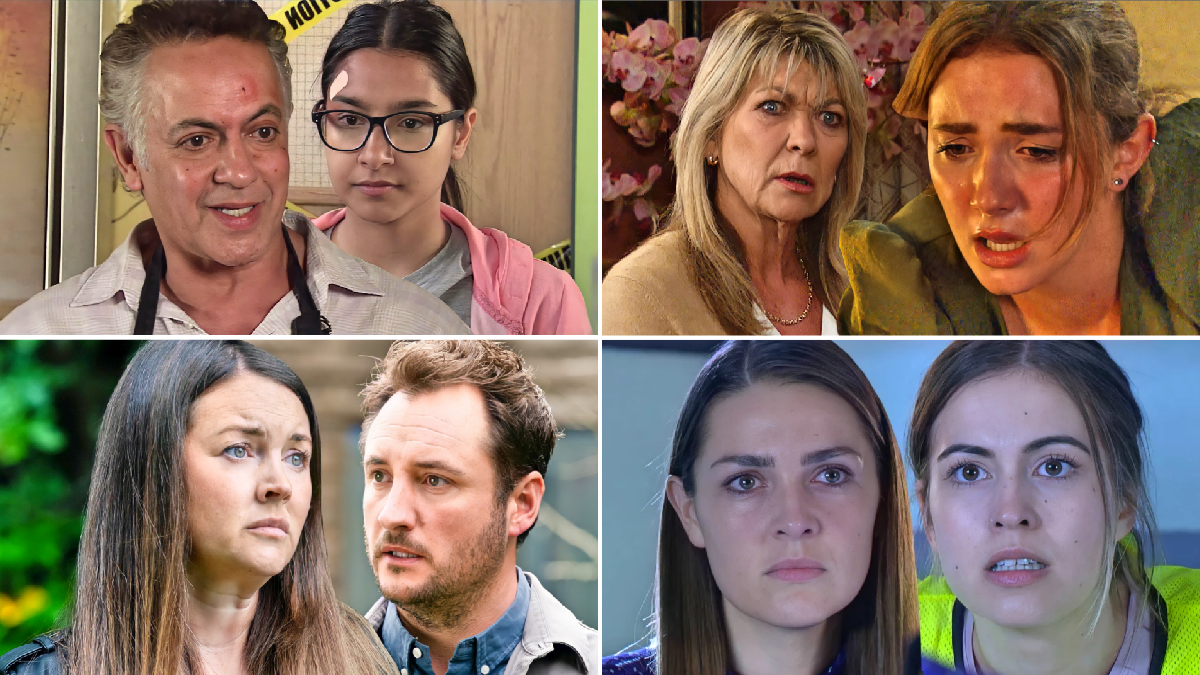 With several high-profile returns, showdowns aplenty and more aftermath than you could possibly imagine, the soaps remain unmissable next week.

Coronation Street will see several of the serial drama’s favourites reeling in the wake of tragic events, while Emmerdale’s finest are rocked following the survival challenges, and – in the wake of a death – an arrest is made!

Stacey Slater makes her long-awaited return to EastEnders, and it appears as if she’s got some news for Martin Fowler.

Hollyoaks’ Sienna Blake, meanwhile, receives shock news herself, and thus she visits Summer Ranger in prison. The visit doesn’t really have the desired effect, however, as Sienna struggles to shake her nemesis’ words.

It’s all kicking off in soapland, and here’s just a taster of what’s in store next week.

The residents reel from the traumatic events, while Leo breaks the news to David that had they had the sinkhole repaired sooner, the catastrophe of the previous evening would never have happened. More tragedy hits the street.

Asha spots Stu wearing a Weatherfield County Backpack, and she’s sure it is Corey’s.  She and Nina resolve to track Stu down, aware that this could be their only chance to prove Corey’s guilt. After tracking him down, Nina tells Stu they need his help. Nina explains how Corey’s backpack could prove he killed Seb, but Stu is adamant he doesn’t want to get involved.

Dev struggles in the wake of recent events. Will he be able to rebuild his family?

Stacey returns, and Jean and Lily are thrilled to see her, but Martin feels on edge. Stacey asks to speak to him later. Martin opens up to Zack about Stacey, and Zack encourages him to go for it with her. Later, Martin decides to reveal his true feelings – but Stacey interrupts and drops a huge bombshell.

Heartbroken Kim makes a huge decision, as she sits down with Pearl to tell her that her dad Vincent is dead. Afterwards, she breaks down in Denise’s arms.

Stacey’s pal from prison, Eve, is in Walford at The Prince Albert. Spotting Shirley, she starts flirting with her!

With the survival week having ended in death and disaster, questions are being soon asked by the police. What’s more, a finger is pointed and an arrest is made. The question is: who?

Kim is stunned when Gabby finally snaps, admitting that she will not be a part of her baby’s life. Hoping to run away sooner that she initially planned, Gabby secretly packs, but she suffers pains in her stomach! And before long, she collapses to floor and starts going into labour – with no one around to help and no power in her phone. The house in darkness due to a power cut. Diane, meanwhile, shares a moment with Bernice as they prepare to collect Gabby and escape from the village. Little do they know, however, that Gabby is fighting intense labour pains!

Charity and Mackenzie are desperate to get up to no good, and when Mack hears from Charity all about Chloe’s obvious wealth, he senses an opportunity!

Sienna agrees with Liberty to fight to get her job back, but she soon gets a call back from one of the petrol stations she phoned with CCTV footage of the car that killed Brody! After receiving some devastating news, Sienna visits Summer in prison. With Summer’s words haunting her, Sienna begins to question everything and everyone.

Grace fills Maxine in on her latest man troubles, with Sienna listening in. Hearing that no one trusts Nate makes her jump to conclusions, so she confronts Nate about killing Brody. Determined to avenge Brody, she climbs into a random car with the keys left in the ignition and she is about to run him over, but Leela shows up and tells her to get out of her car!

Diane opens up about her worries but isn’t convinced that talking to Tony about it is a good idea, and later, she runs off! Becky and Tony search the village for Diane, but when they find her, she asks Tony to leave her alone. Becky convinces her to do what she needs to do to be healthy and Diane goes back to the pub to break some big news to Tony… Later, Becky offers to help run the pub.