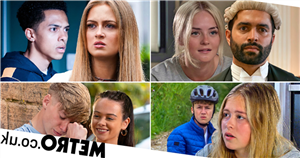 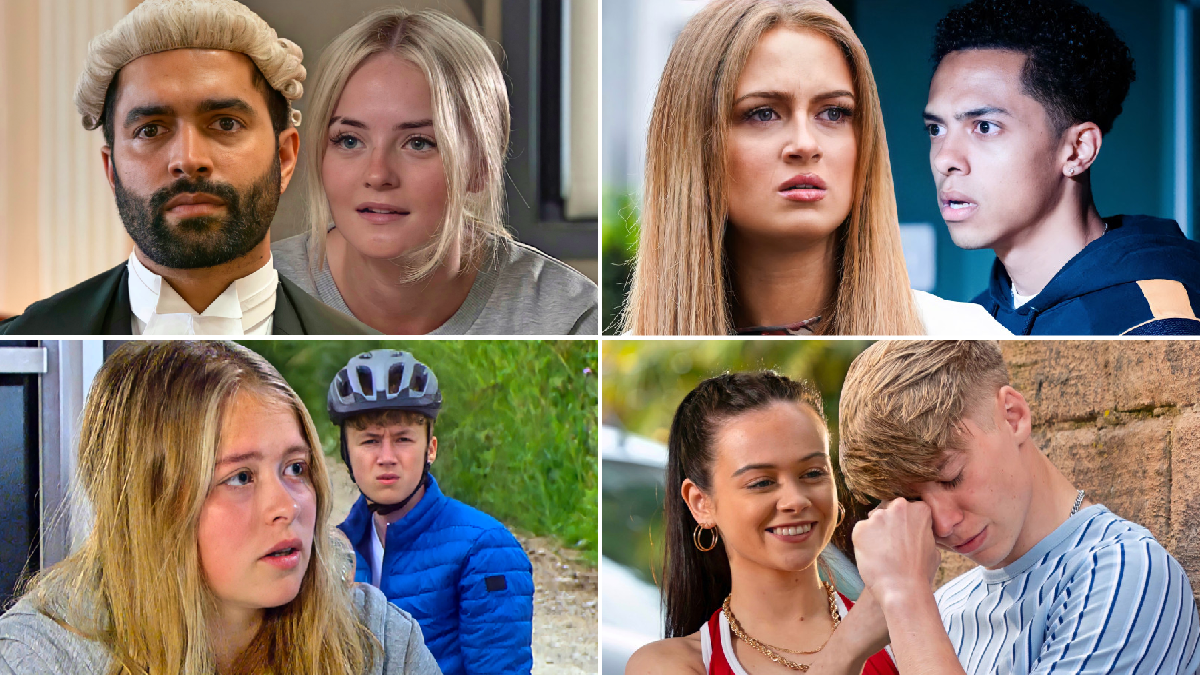 There is heartbreak aplenty in the land of soap next week, as some discover huge secrets, while others struggle to open up about their feelings.

Tiffany Butcher-Baker’s world comes crashing down in EastEnders, as Vinny Panesar exposes the truth about Keegan’s night of passion with Dotty Cotton.

Sid Sumner, meanwhile, struggles to open up to love interest Demi about his prosthetic leg, but the Hollyoaks favourite is soon left heartbroken, when Juliet Nightingale does it for him!

There are upsetting scenes on the way in Emmerdale, as Liv Flaherty struggles to remember what happened after she wakes up with bruises, and when she mentions Noah Dingle, Gabby Thomas fears that they could be dealing with the aftermath of a rape.

Imran Habeeb is feeling the pressure in Coronation Street, as he becomes desperate to do whatever it takes to save Kelly Neelan from a life behind bars.

It’s a week that could change everything for a number of our soap mainstays, and if you’d like to know a little more about what’s on offer, then we’ve got a detailed look right here!

Maria is stunned when Liam starts gasping, unable to breathe. The ambulance arrives on the cobbles, but struggles to turn onto the street, due to the double-parked cars. At the hospital, Liam is diagnosed with asthma, and when Maria learns that air pollution caused by traffic fumes is a common cause for the condition, she vents her anger at Sarah, believing that the Underworld van is largely responsible. But when Sarah refuses to move the vehicle, Maria reacts violently.

Imran’s ex-wife Sabeen arrives on the street, but the bigger shock comes when he discovers that she is a barrister on Corey’s large defence team! Sabeen claims Imran doesn’t stand a chance of securing Kelly’s acquittal, and later suggests that they ask the court to take both Kelly and Corey’s ages into account.

The day of the pre-trial review arrives, and Imran reveals he has new evidence about the blood splatters on Kelly’s trainers, but he is conflicted once more when Kelly and Corey are offered a reduced plea of manslaughter.

Tyrone is feeling guilty regarding his feelings for Fiz, and the pair are awkward with one another. Emma, meanwhile, spots the former couple together, and she grows suspicious. Tyrone presents Alina with the expensive ring she wanted, but Emma’s not sure that he’s being genuine, or if the gesture was simply for her benefit.

Kat is worried about Tommy’s online search history, so she questions Lexi, who reveals that Tommy has been speaking to a woman online. Kat decides to remove all of his devices as punishment, but this does little to solve the problem as he later runs off while in Whitney’s care! Whitney explains that Tommy has run off to meet with a woman in the playground! A search commences, and Tommy is found, but Kat’s joy is short-lived when Tommy reveals who he was meeting with.

Keegan tells Mitch about how he cheated on Tiffany. Mitch advises him to come clean, and he resolves to do just that, but Dotty does everything she can to convince Keegan to keep quiet. In the end, she succeeds. Little do they know that Vinny, who is out in the hallway, has heard every word! Keegan, meanwhile, sets in motion a romantic date with Tiffany, but Vinny spots Tiff and tells her everything!

Whitney’s music gig is the catalyst in the violent crime, as two men are seen eyeing up the charity bucket. Having been pushed by Rocky to show off her impressive voice, Whitney takes to the stage, and the crowd adores her. Mick joins a couple of the punters and Whitney herself in heading off to the cafe, while Linda remains behind to lock up. The two men from before return and grab Linda, who is petrified! Nancy, meanwhile, is hiding away upstairs with beau Zack. When he hears a noise, however, Zack puts himself in harm’s way as he rushes down stairs to find out what’s going on!

Liv struggles, and ends up back on the booze. She wakes with feelings of confusion and regret, with bruises on her arms, and no idea of what’s transpired, all the while experiencing flashbacks. She figures out that she struggled with Noah, and Gabby suggests that they might be dealing with the aftermath of rape, as she’s uneasy over her own run-ins with him. Aaron, however, overhears the conversation, and storms off to confront Noah.

David and Victoria are on speaking terms in the wake of what happened with Theo, but Meena interrupts, and invites Victoria to hang out with her. Meena promises David she’ll take excellent care of her, but the subtext in her tone speaks volumes.

Tracy is left in shock when she returns, as Nate gets down on one knee and pops the question! Will she say yes? That remains to be seen, but her distresses continue to bubble over later in the week, as she hides her anxiety over looking after Frankie alone.

Sid starts to swerve texts he’s been receiving from Demi, and he admits to Juliet that he’s attempting to hide his prosthetic leg. He ultimately resolves to go through with the date, but while awaiting Demi’s arrival, Tony points out that there is blood on his trousers. Sid, horrified, rushes off. Juliet meddles, setting Sid up with Demi, but Sid soon discovers Juliet has told Demi all about his prosthetic leg. He lashes out at Juliet, and revisits where the accident took place.

Mercedes is speechless when Donna-Marie demands more money, forcing her to take drastic action. She plots to spike Donna Marie’s drink, but will she go through with it? That remains to be seen, but the landlady soon has to deal with the consequences of her actions, following a shocking turn of events.

Maxine is left in shock as she wakes up next to naked Fergus. Fergus explains all the steamy details, as she struggles to remember what’s happened. Maxine wants to come clean, but Fergus tries to guilt her into keeping it a secret. The question is: will she listen?