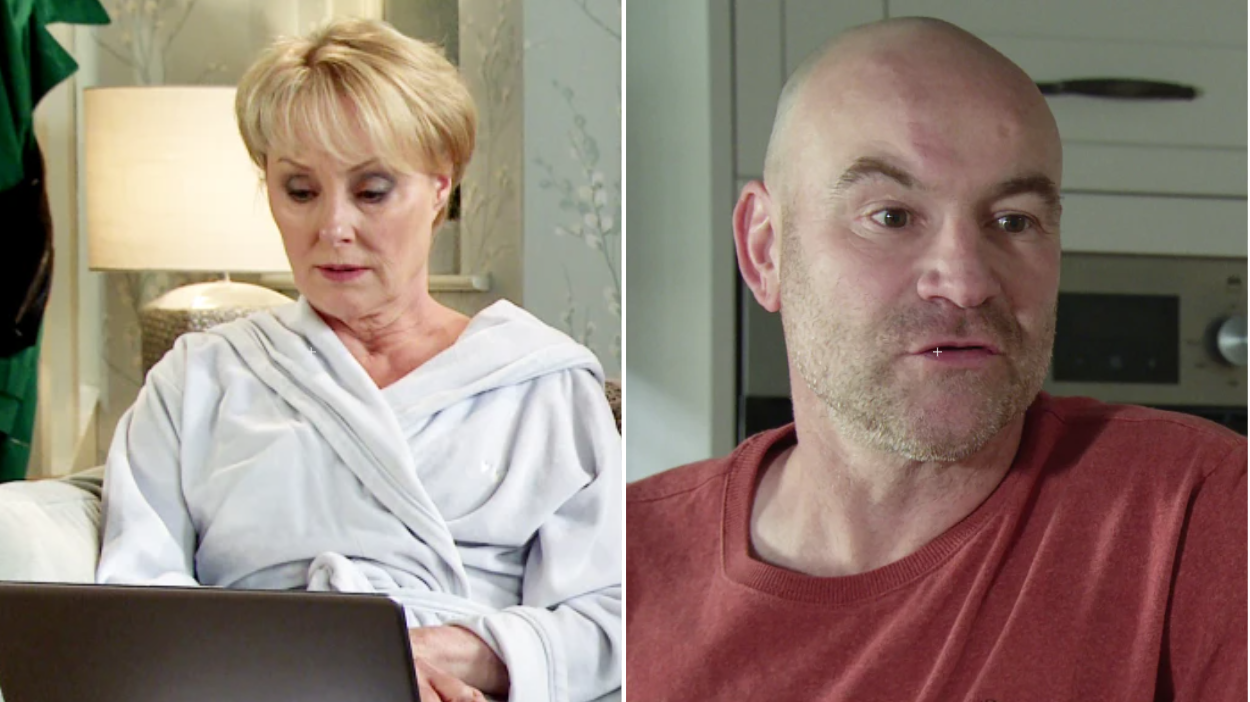 Tim Metcalfe (Joe Duttine) in Coronation Street is really troubled by the fact his impotence still hasn’t gone away.

As we know, problems in the bedroom department are causing huge issues for Tim and Sal’s (Sally Dynevor) relationship.

They’ve tried sex therapy, tantric sex, even spending the day in the hot tub! Nothing is working – and it’s getting Tim down…so to speak.

Unbeknownst to Sally, Tim has started watching pornography and reckons it won’t be long until their relationship is back on track.

We know how this is going to go, right?

Furious with her husband, Sal orders Tim to go to the Casino Night on his own.

Due to the fake robbery at the bistro, Casino Night ends early so Tim heads home, only to find a note from Sally telling him that she’s made up the spare bed for him.

The next day, Tim attempts to make peace with Sally, but she accuses him of shutting her out and suggests they have some time apart.

Is it all over for the couple?