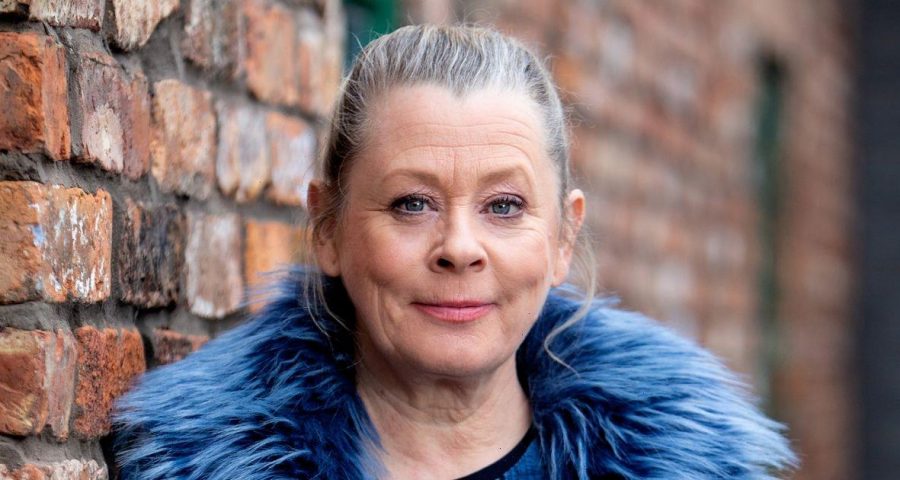 Coronation Street’s Bernie Winter has made quite the impression in recent weeks – and not a very good one, either.

But only the most avid Corrie fans will know that actress Jane Hazlegrove actually played a very different character on the cobbles before taking up the role of Bernie.

Bernie has been adamant that her deaf grandson Aled will stop learning British Sign Language once he gets his cochlear implants – and erupted into a fiery row with Freda on the cobbles.

Bernie first entered the soap in 2019 as Gemma Winter’s manipulative mother, and soon moved in with her daughter and her boyfriend Chesney.

But actress Jane Hazlegrove first graced our Corrie screens way back in 1985 as Sue Clayton, of the Clayton family.

Sue had a connection to the Duckworth family, as her older sister Andrea began a secret love affair with Terry Duckworth and eventually falling pregnant by him.

Sue – and Jane – were just teenagers during their first soap stint, and her storylines mostly focused on her trying to secure a job after leaving school.

The Claytons and Duckworths were known for their strained relationship with each other, and when Kevin Webster nearly found out about the affair things looked dire.

Eventually the Claytons made a move away from Weatherfield despite Sue wanting to stay on the street – but, in 1986, Sue was mentioned as still working at Elliston’s Bakery and living in the area.

In reality, the soap family was written out of the soap after less than a year as they didn’t make enough of an impact on viewers.

Producer Mervyn Watson said at the time: "The Claytons seemed to get stuck. It's always quite a complicated, organic thing, planting a whole family. It's down to us to make the right choices.

"Once we've made the right choice there is an intangible thing which you can't predict which only becomes evident on the screen."

Though Andrea and Connie made a very brief return to the cobbles in 2000 when Andrea’s son Paul needed a new kidney – with Vera Duckworth donating one of hers – they finally exited for good in 2001.

Jane said the axe came as a "shock" at the time, admitting: "We were brought in under one producer, and as soon as the new producer arrived, we were kicked out. It was quite a shock.

"But it was probably one of the best things that could have happened to me. I learnt an awful lot, and then I had to go out there and start earning my stripes."

She continued: "Corrie had been a really good apprenticeship for a couple of months. I’d learnt about etiquette on the studio floor, how to talk to people and how to behave, so it was really good for me."

Jane said that Coronation Street gave her a spring-board to "go off and do lots of other things", including theatre, where she could "really learn to act".

And, when Coronation Street welcomed her back with open arms, they reportedly had a different role to Bernie in mind for her.

She refused to confess what the other part was, but admitted she "wouldn't have been right" for it.

And it seemed her plan worked, as Jane went on to have plenty of other high-profile roles.

Before turning her hand to Coronation Street, she appeared as Kathleen ‘Dixie’ Dixon in Casualty from 1996 until 2019, and also appeared in the programme’s sister show Holby City.

She has also appeared in everything from Doctors and Heartbeat to Clink and Father Brown.