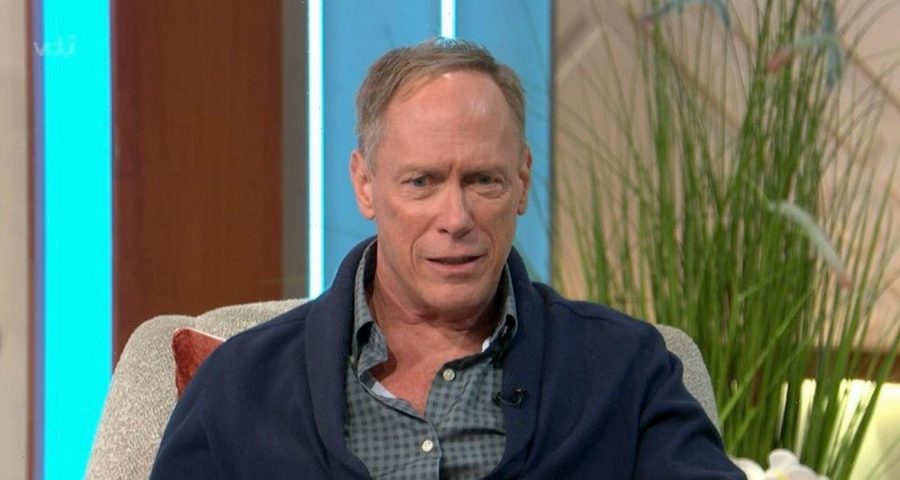 Lorraine asked about the character who returned this summer as she quizzed: "Is he just misunderstood? Or is he very bad?"

Todd, who plays Stephen in the popular ITV soap, replied: "He's just desperate. He's run out of money and he's always been so successful."

Lorraine sympathised with the character saying: "That's the thing, I always remember him as being the glamourous one. Stephen was always in Canada doing wonderful things."

Todd added: "Yes and Milan – cars, clothes, you know I've got this tint capsule wardrobe now. I think I left Milan with a bag."

The popular soap's producer Iain MacLeod has previously revealed viewers were right about the son of Audrey Roberts, and also teased he could go to "desperate and dark" lengths to maintain his schemes.

He added: "The beauty of his character really is that he's got this huge longevity in terms of his connection to the show and to a heritage family, but actually he is a bit of a blank canvas.

"If you think back through his archive scenes, we don't really know a lot about him. So we thought well, actually, if we're gonna fill in those blanks and we're gonna learn more about him shouldn't we make him dark, dangerous, interesting and scheming?"

Stephen has been behaving strangely since he returned earlier this year, and fans immediately suspected he was hiding something.

In the new snaps, it sees the moment Kelly's revenge plot goes horribly wrong and sees her suddenly not only fighting to save Gary Windass' life, who she wanted dead for killing her dad Rick Neelan, but also fighting to save her own.

Earlier this week, Kelly asked and offered £10K to gangster Kieron to kill Gary after finding out he was behind her father's murder, resulting in him being kidnapped.

However, after a crisis of conscience, Kelly did a dramatic U-turn and ordered Kieron to call off the hit, warning that she would call the police if he didn't.

Finding himself holding all the cards, Kieron decided to kidnap her at the end of Wednesday's episode while Gary managed to escape from the woods as he headed to save Kelly with Aadi Alahan – but it was too late, she had been taken.

In upcoming scenes, Kieron forces Gary and Kelly onto a rooftop and reveals his plan to kill Kelly and frame her for Gary's murder, making it look like murder-suicide.

As a gunshot rings out, who has taken the bullet?

It comes as soap fans think that Aadi could be killed in a shocking twist, especially after a clue earlier this week where he shared a sweet moment with sister Asha and dad Dev.

For all your updates on Coronation Street, sign up to our daily OK! newsletter.