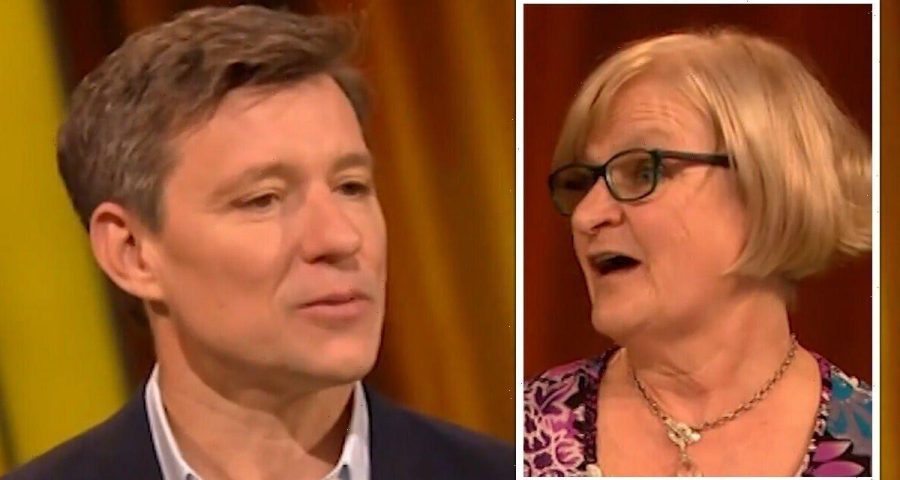 Wendy, Paddy and Eloise were the three contestants to join ITV host Ben Shephard for a chance to win a life-changing sum of money. The three contestants battled it out for their chance to make it to the final, but it was Wendy who came out on top. However, during her final round, Ben teased her after she interrupted him reading out the question and began to give her answer.

The second round saw Wendy fly into the lead after managing to bank five counters during the 45-second speed round and building her cash prize to £1,000.

Eloise bagged four counters and trailed closely behind Wendy, ending the round with £850, which sadly meant Paddy was eliminated from the show.

In the third round, Wendy left Eloise trailing behind as she managed to answer almost every question correctly, ending the round with £1,700.

Going into the final round, Ben explained she could choose the difficulty of the questions by the number of counters she picked.

For her second question, Wendy decided to choose the music subject for one counter, meaning she got the easier question.

“Goodness me, hold on a second” he added before Wendy interrupted: “Oh, I do know this one.”

Taking a cheeky jibe at Wendy, he joked: “Well, you should it’s only one counter! ‘What’s New Pussycat’ was a 1965 UK Top 20 single for which The Voice UK judge?”

Before Ben was able to begin reading the multiple-choice answer options, Wendy exclaimed: “The fabulous…”

But Ben interjected before she was able to give her answer and snapped: “Hold on, let me do the options, crikey Wendy! Tom Jones, Will.i.am or Ollie Murs?”

Confident in her answer, Wendy replied: “Tom Jones,” which was correct, and she was able to put her counter into the machine.

Wendy was also pleased that she had won a mystery prize which and was hoping to get the second one out.

After answering all the categories, Wendy, unfortunately, didn’t get the jackpot counter out of the machine and ended up going home with £3,450.

When Ben asked what she would do with the money, she excitedly revealed it would be going towards a holiday in Blackpool.

Viewers of the show were pleased for Wendy and took to social media to praise her performance, with Jim Blower commenting: “Wendy’s taking the cash, well done!”

User @LadyWhisledwn_ teased: “Wendy was only there for the mystery prizes, well done, lovely lady!”

@IckieBickie added: “Wendy wants to spend her winnings on the 2p machines at the Blackpool arcade’s, just to get the prizes out, and I am here for that! #tippingpoint.”

@grhmmorg laughed: “Wendy’s made my day hope she wins another mystery prize #tippingpoint.”

Whilst @Batman3983 said: “Millionaire Wendy doesn’t need money, she’s only there for the b****y mystery prizes bless her!” (sic)