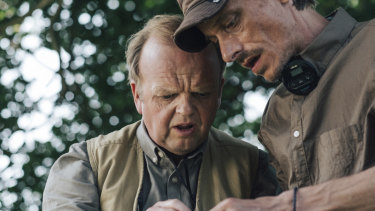 Mackenzie Crook and Toby Jones are back for a third season of Detectorists.Credit:

By this third season of this strangely affecting dark comedy about a couple of rural lads bonding over their metal detectors, we’re well over the nerd humour and attuned to the domestic disturbances of Andy (creator Mackenzie Crook, Gareth from the UK Office) and Lance (Toby Jones). Theirs is a story not only of enduring male friendship, but also of the echoes of an England past that seep from its earth. 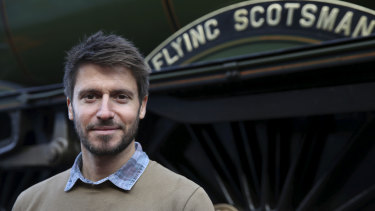 Rob Bell indulges his boyhood fantasy in The Flying Scotsman.Credit:

In what must be SBS’ unofficial Week of Rob Bell (see Walking Britain’s Lost Railways, Thursday, 7.35pm), the British engineering history buff here indulges his boyhood fantasy of riding up front with the driver on a real old-fashioned steam train. The recently restored Flying Scotsman, a 94-year-old locomotive still hurtling along at 100 miles per hour, is an impressive relic, with many a story etched into her carriages by historians, trainspotters and the like. 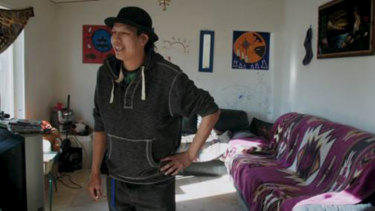 Policing an Addiction is a bleak report from a Canadian First Nation reserve.Credit:

If there was ever any doubt about what happens to disenfranchised people parked on the outskirts of town and targeted by opportunistic sellers of pharmaceutical pain relief, this bleak report should put paid to that. This Canadian First Nation reserve looks like a wasteland. Its residents reinforce the image. An Australian voice among the masked undercover agents lays the problem bare. Preceded by Fentanyl’s Deadly Grip at 11.05pm.