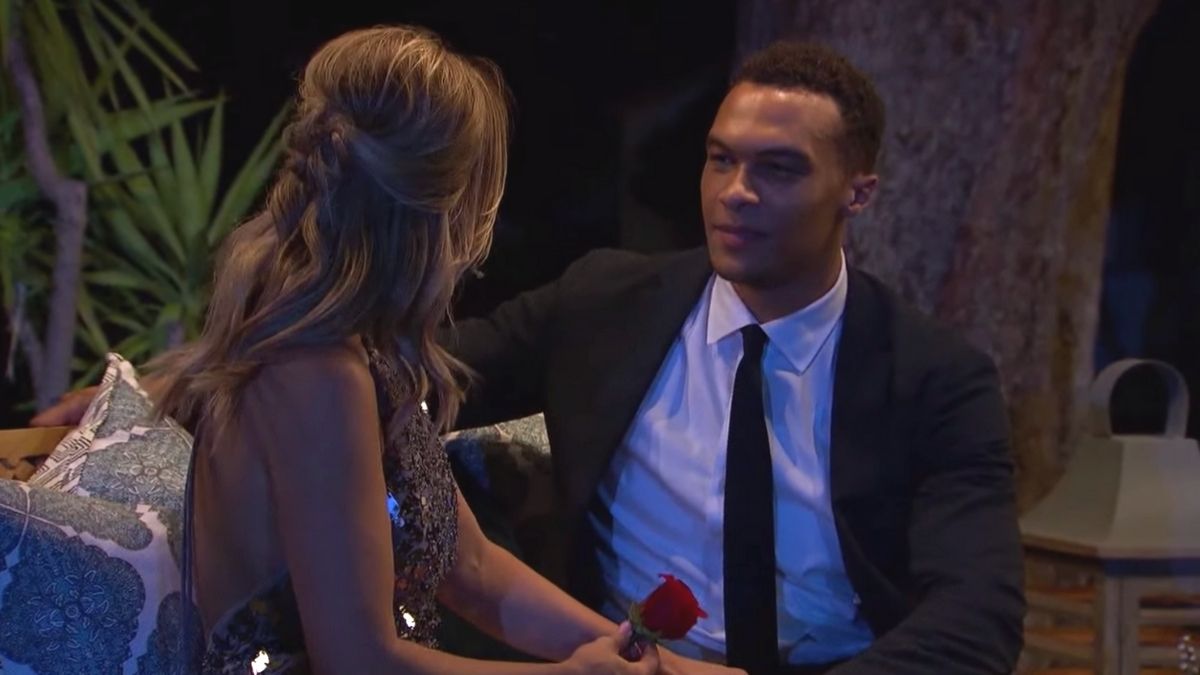 During tonight’s episode of The Bachelorette, it was the Clare and Dale show. The guys were trying to win time with her, but she kept wanting to spend time with Dale.

When Dale first joined the show, Clare thought she had met her husband. She called her feelings “electric.”

It seems that the guys were picking up on the fact that Clare and Dale may have a stronger connection than she has with any of the others.

During the first cocktail party tonight, Dale told the guys that he only wanted a few minutes with Clare to make sure she was alright after Yosef’s drama.

He asked for five minutes but he took an hour.

The guys were left behind, asking where he was and if they needed to send out a search party. What they didn’t realize was that Clare and Dale were getting hot and heavy in her private home on the La Quinta property.

Then, later on at night when Dale had managed to rip himself away from Clare to give the other guys a chance, he would steal another moment away from the guys.

Soon, the guys felt that he was being selfish, rude, and inconsiderate. That friendly and positive guy who had joined the show was not the man they saw.

Dale Moss and Clare Crawley clearly have a connection

It’s no secret at this point that Clare and Dale have a strong connection. As soon as he walked out of the limo, Clare said that she felt she had met her future husband.

On social media, Dale has responded to his time on The Bachelorette, hinting to Clare that he’s in this for the long haul. He said he felt something when meeting her.

Because of their connection, fans don’t believe that they didn’t talk before the show.

If they did talk before the show, it makes sense why their relationship is so far along that the other guys can’t catch up. That could be why they are upset, as they continue to fight a losing battle.

During tonight’s episode, the guys do threaten to walk out. That’s when ABC will present them with a new Bachelorette, Tayshia Adams.

Only time will tell whether Dale’s image will be tarnished for good, or whether he’ll be the one guy who genuinely fought for love.