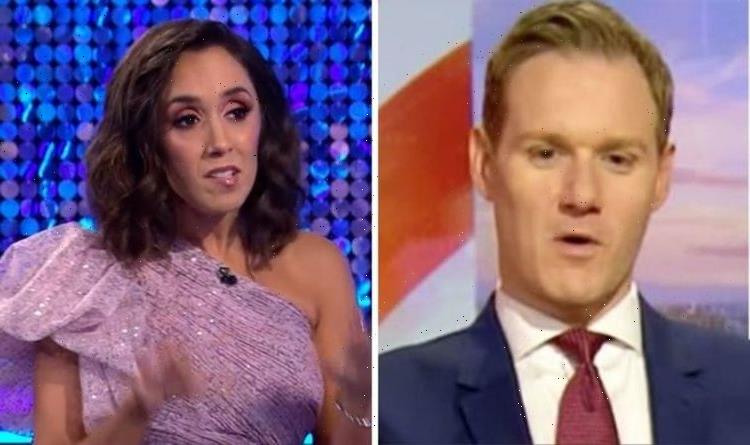 BBC Breakfast host Dan Walker will be dancing the rumba on Saturday alongside partner Nadiya Bychkova. Discussing this on Strictly Come Dancing spin-off show It Takes Two, former professional Janette Manrara was the bearer of bad news as she shared some bleak stats about the routine.

As she welcomed former contestant Debbie McGee to the BBC chat show, Janette delved into the show’s history with the rumba.

“You’ve got some amazing stats for us about the rumba,” the 38-year-old host announced.

“We know that the rumba is a very slow, very technical dance.

“You need a lot of chemistry with your partner. [It’s] a bit of a tough one.”

Debbie explained how the stats reflect this, commenting: “Would you believe, the rumba is the one dance in the history of Strictly that has never been awarded a top score?”

“No perfect score – ever?” Janette clarified.

“No,” the TV star replied. “Not one. And it wasn’t until series six when they first had the paddle with a number 10 on.

“And that was Rachel Stevens and Vincent Simone.”

“That was a beautiful rumba,” Janette recalled.

“39! So they were so close,” the dancer replied. Referencing Craig Revel Horwood’s famously harsh scoring, she added: “Let me take a wild guess, who didn’t give them the 40?”

Janette then announced that Dan, 44, would be taking on the dance this week.

He will be the fifth contestant in this series to try his hand at the rumba.

Could Dan succumb to the low scoring which has become synonymous with the dance?

The broadcaster performed a charleston last weekend for musicals week.

He received a score of 31, one of his highest so far.

Motsi Mabuse commented: “For me, I thought you could be more free with your movement.

“So a little bit of that lacked. But, the balance was this wonderful new Dan Walker.”

Strictly Come Dancing continues on Saturday at 6.45pm on BBC One, while It Takes Two airs weekdays at 6.30pm on BBC Two.