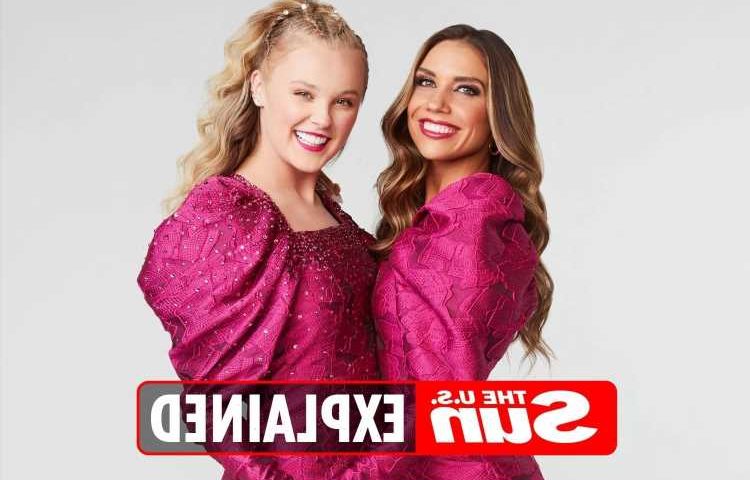 SEASON 30 of Dancing with the Stars launched on Monday, September 20.

The official pairings were revealed, and one couple made history by being the show's first same-sex partners. 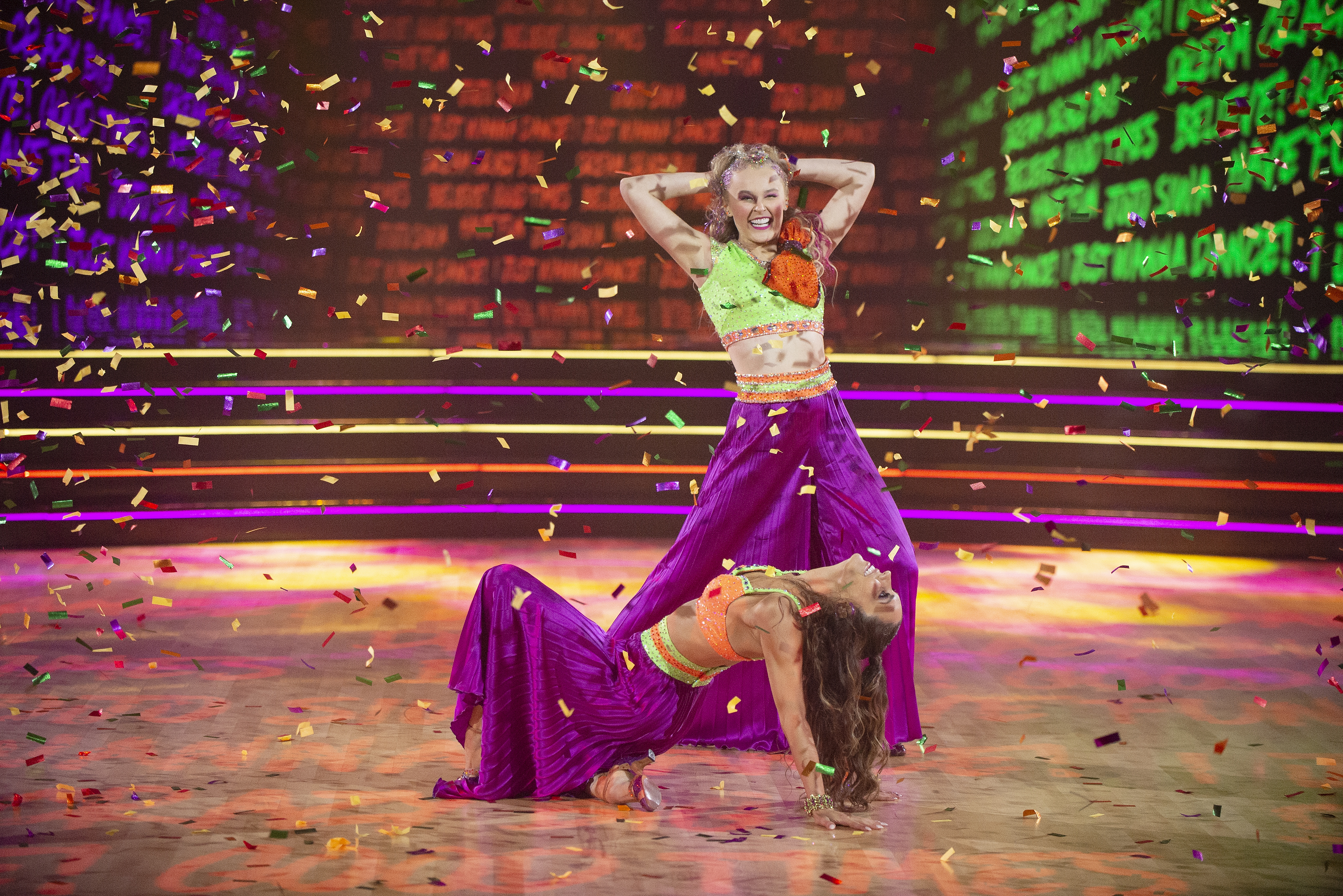 Who are the Dancing with the Stars couples? 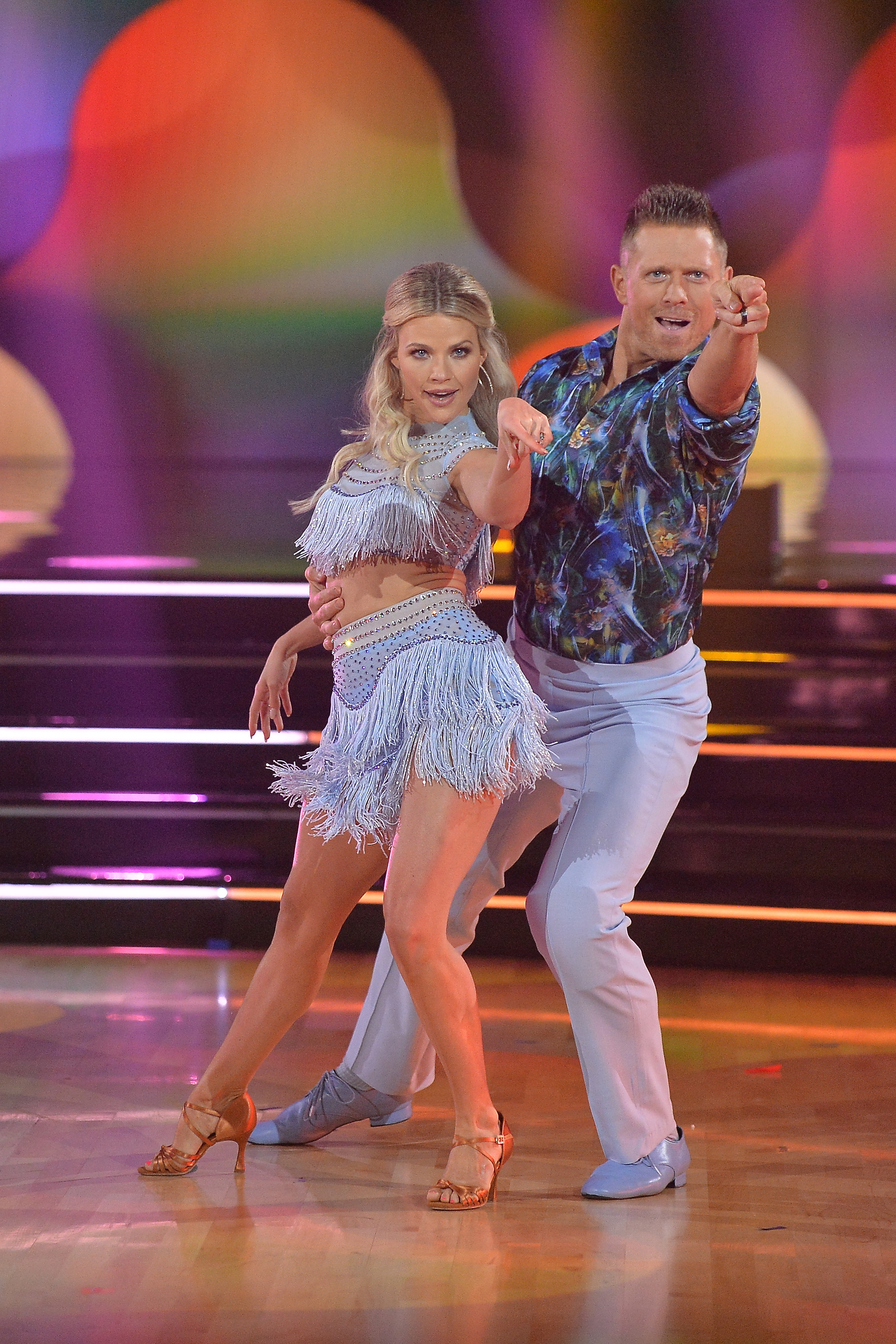 After competing for 16 years on/off in the wrestling ring, The Miz will now be entertaining a new type of competition.

The couple scored 24 out of 40 points on the first night of the competition. 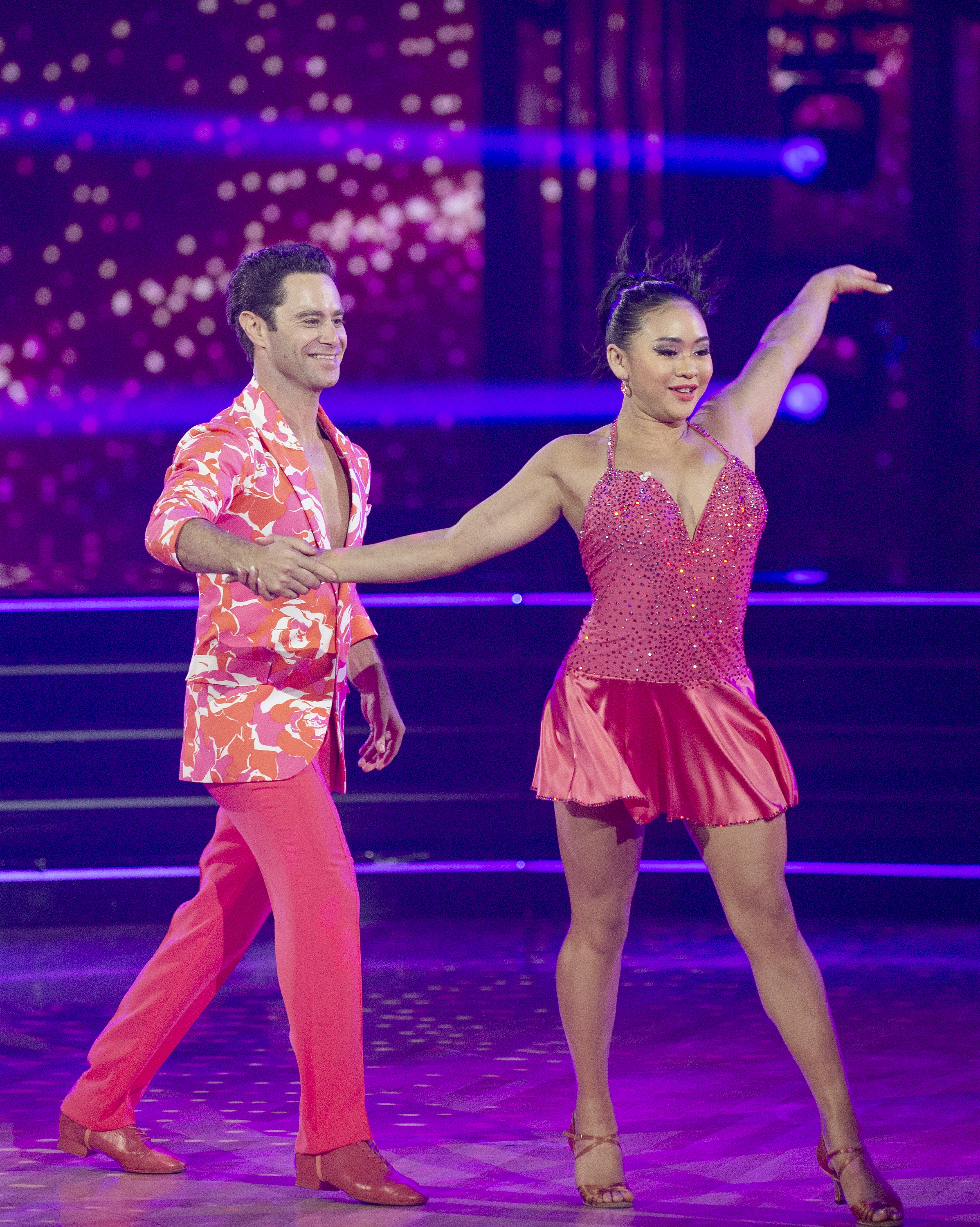 After winning three medals at this year's Olympic games, professional gymnast Suni Lee is continuing to challenge herself. She disclosed that she does not know how to dance, and her partner said he is excited to help open her up.

The couple impressed the judges on the first night, scoring 28 out of 40 points. They were tied for second place with Amanda Kloots and Alan Bersten. 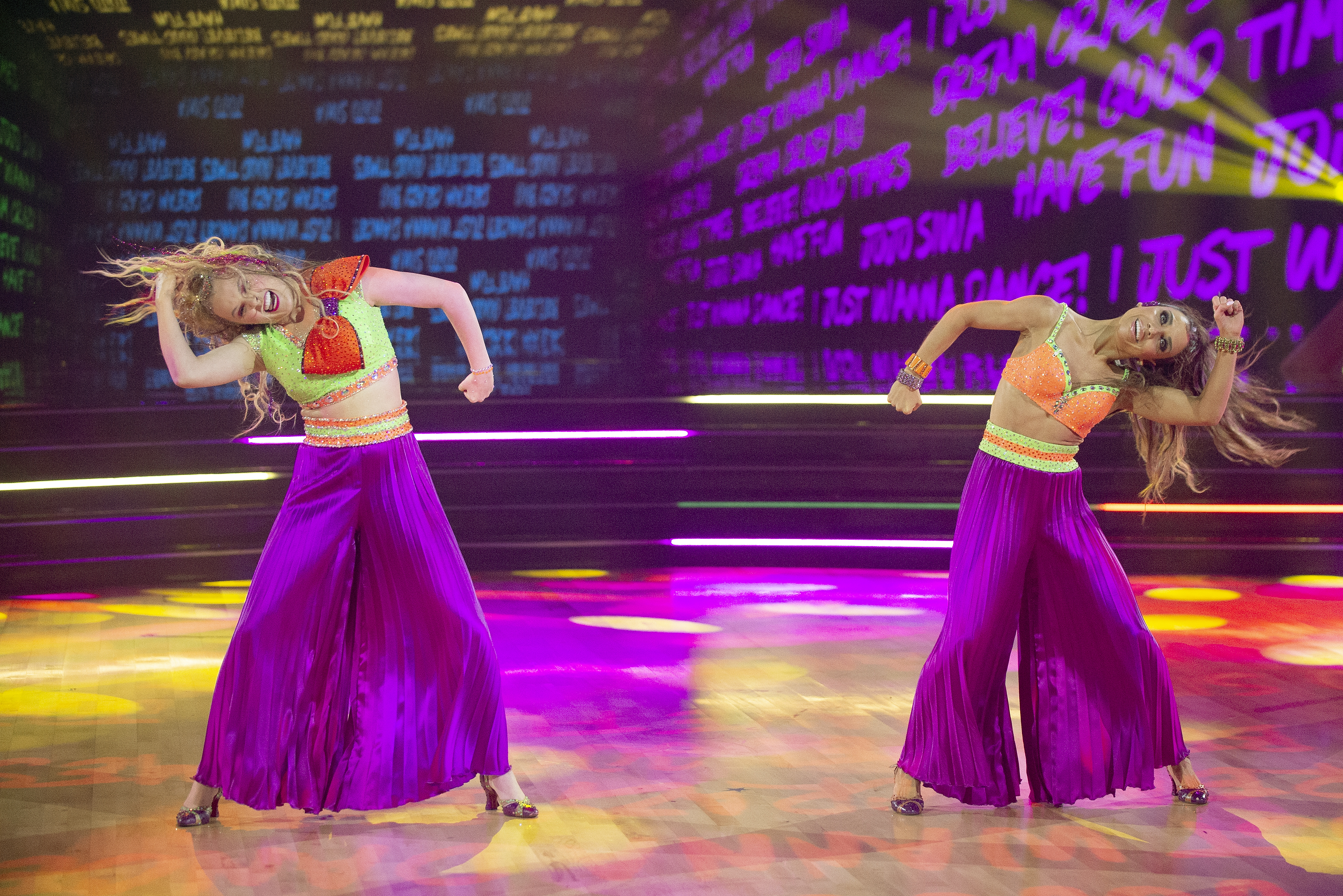 Jojo Siwa and Jenna Johnson made history as the first same-sex partners on the show. Siwa came out earlier this year, when she revealed her girlfriend, Kylie. The pop star said she was "proud" to represent the LGBTQ+ community on Dancing with the Stars.

The pair also scored the highest on the first night, getting 29 out of 40 points, despite Jenna Johnson's minor slip during the couple's routine. 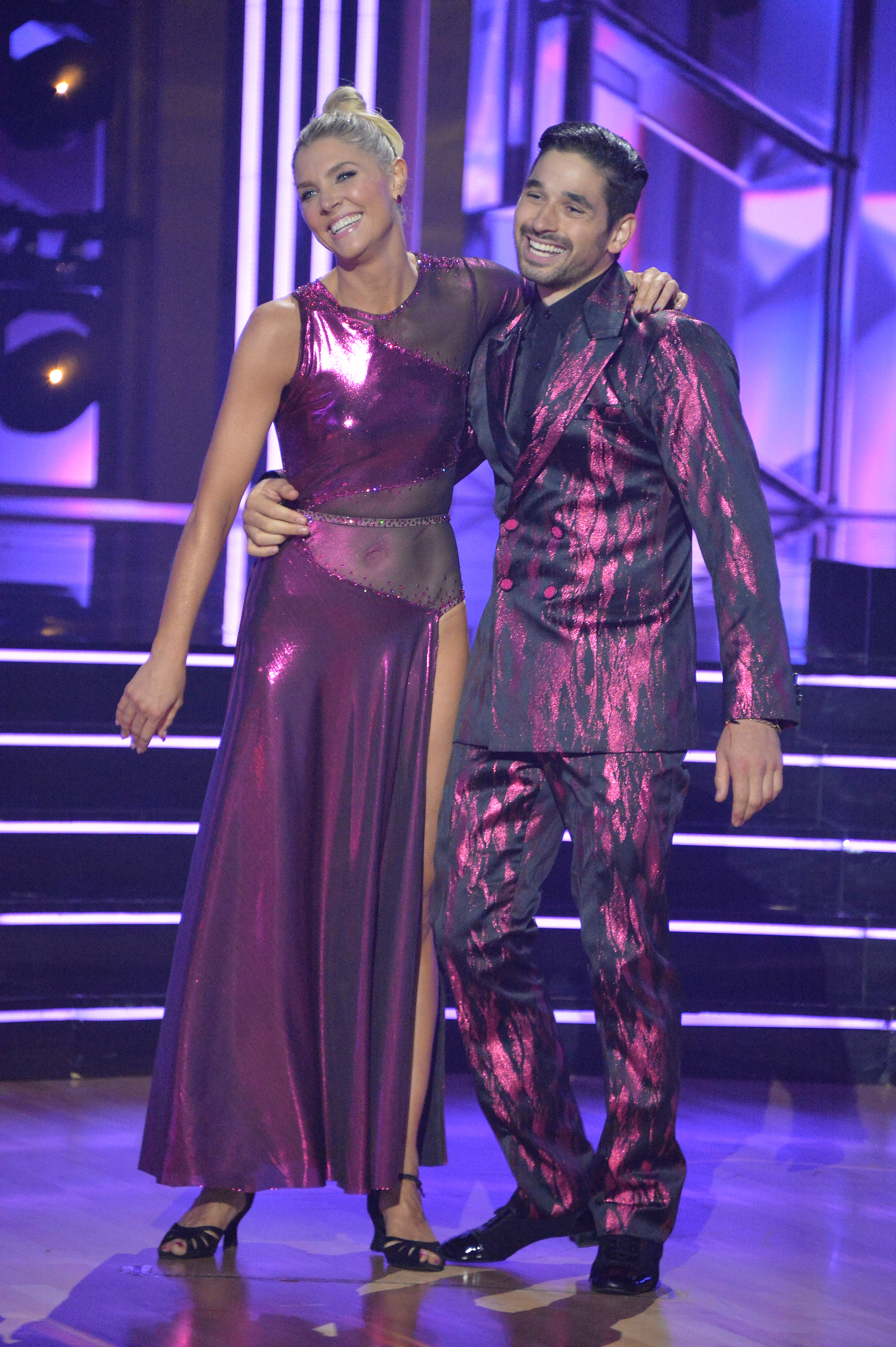 As a former member of the Rockettes troupe and professional experience as a dancer in several Broadway musicals, Amanda Kloots is no stranger to dancing. Kloots said her reason for joining the competition is to honor her late husband, Nick Cordero, who died last year from complications of Covid-19.

"I grew up dancing, I did Broadway for 17 years and then everything that happened to me, the pandemic and losing my husband, this opportunity is kind of a way to find myself again and to feel his presence every day," Kloots told her partner Alan Berson. 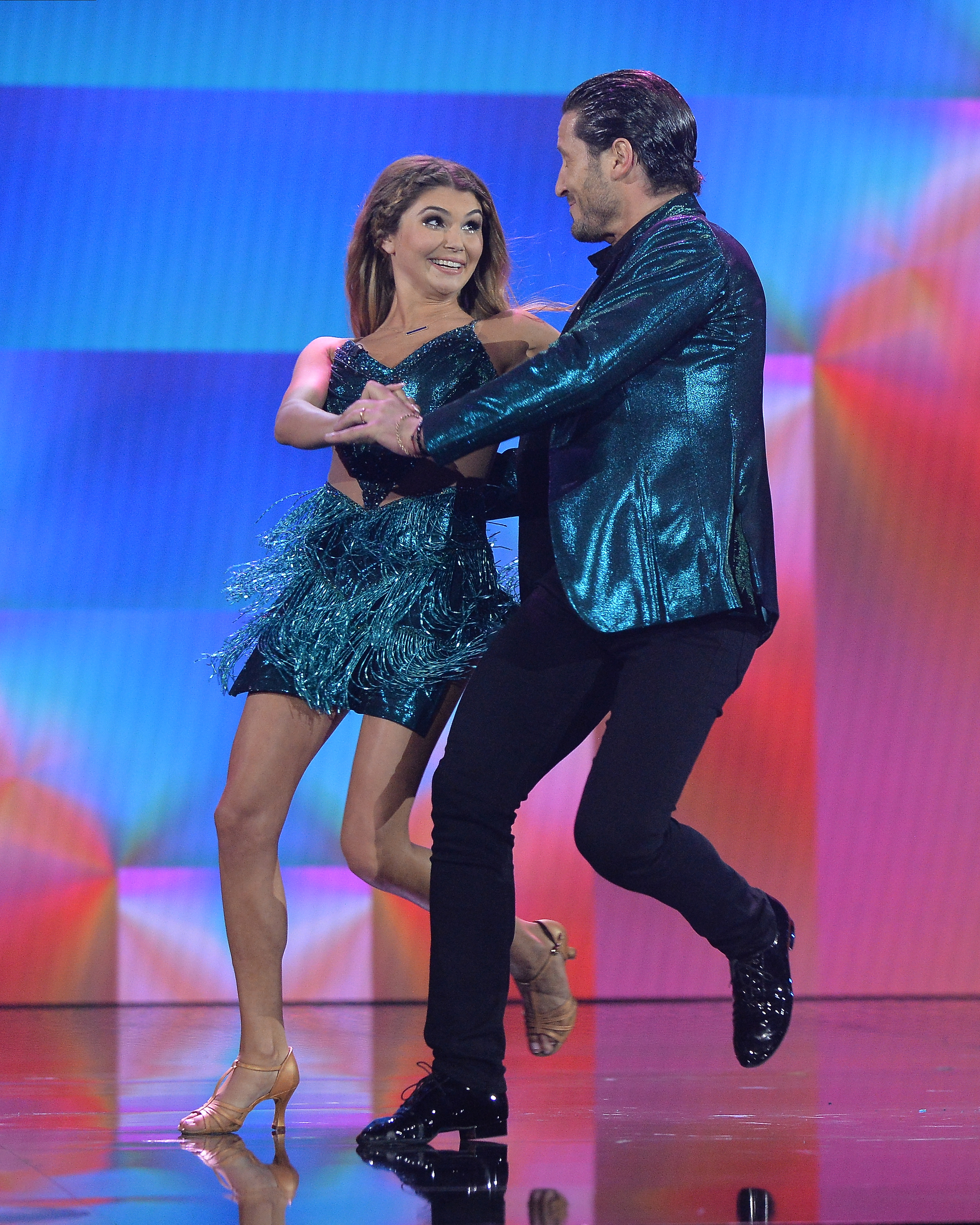 Olivia Jade has returned to the spotlight looking to rewrite her past. After getting caught up with her parents in a college admissions scandal, she was labeled as a "lifestyle influencer" on the show.

Despite controversy surrounding the show's decision to give Jade a spot, the couple scored 25 out of 40 points on the first night. 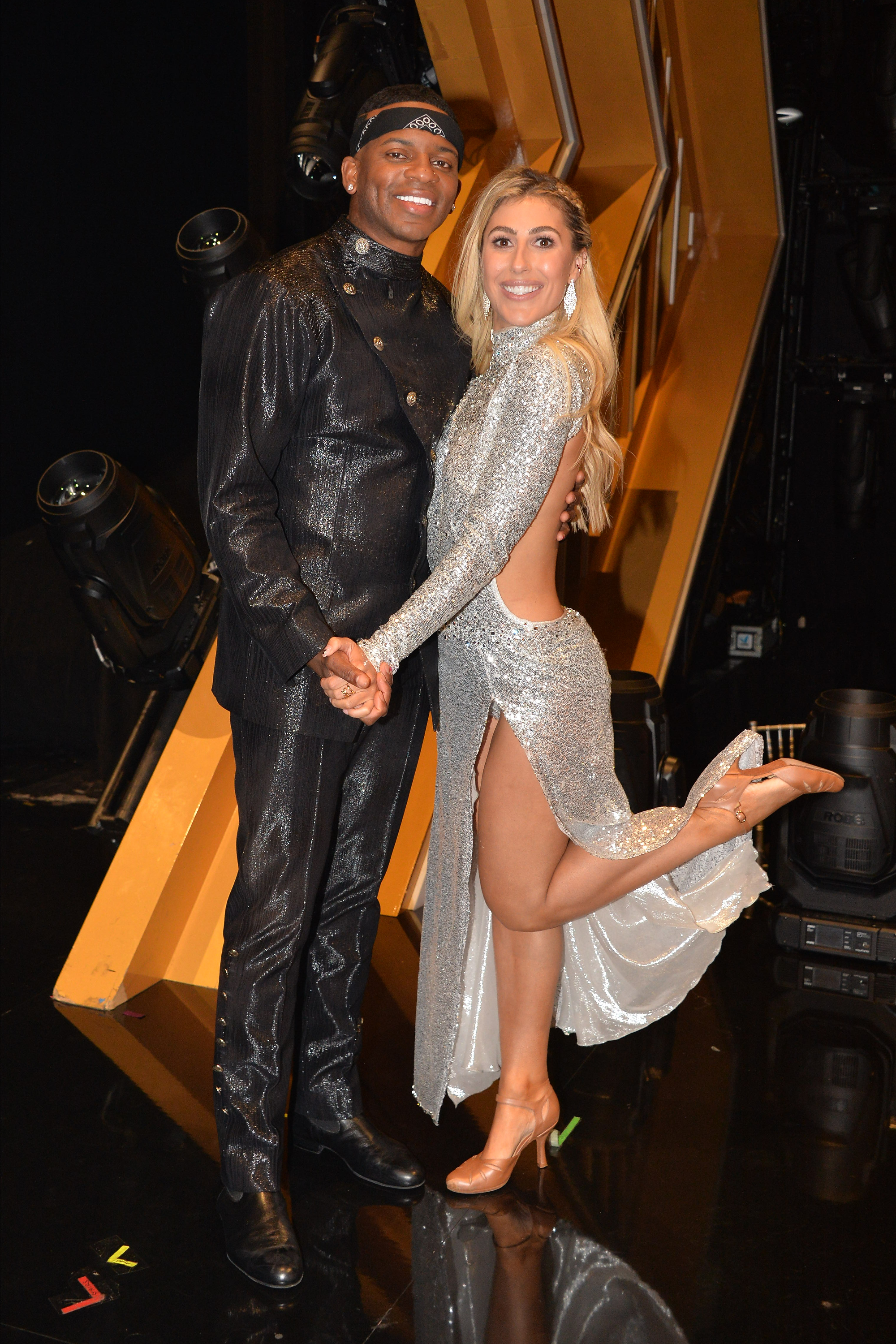 The country star admitted to being "nervous to death" about competing on the Dancing with the Stars. Despite already dancing on stage prior to the show, Jimmie Allen said that this competition is completely different.

The couple earned a 22 out of 40 on the first night, and Allen shared with ABC audio that he sees room to grow. 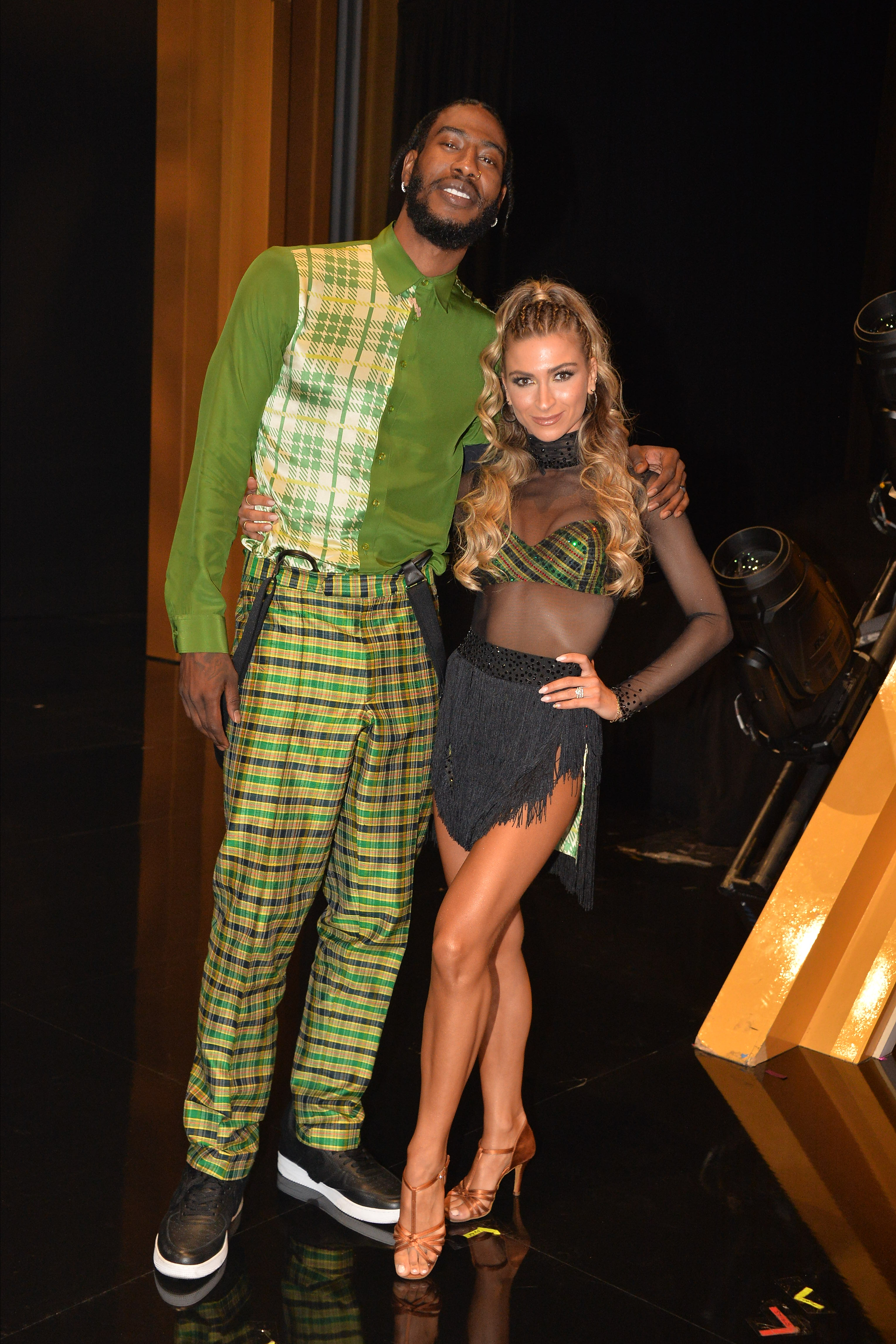 Former NBA champion Iman Shumpert took on a new challenge when he decided to compete in Dancing with the Stars. Unlike many tall athletes who compete in the show, Shumpert impressed viewers with his footwork.

For their first dance, Shumpert and Daniella Karagch performed the jive to Outkast's "Hey Ya". The pair scored 21 out of 40 points, and fans of the show are expressing disappointment in the judges. 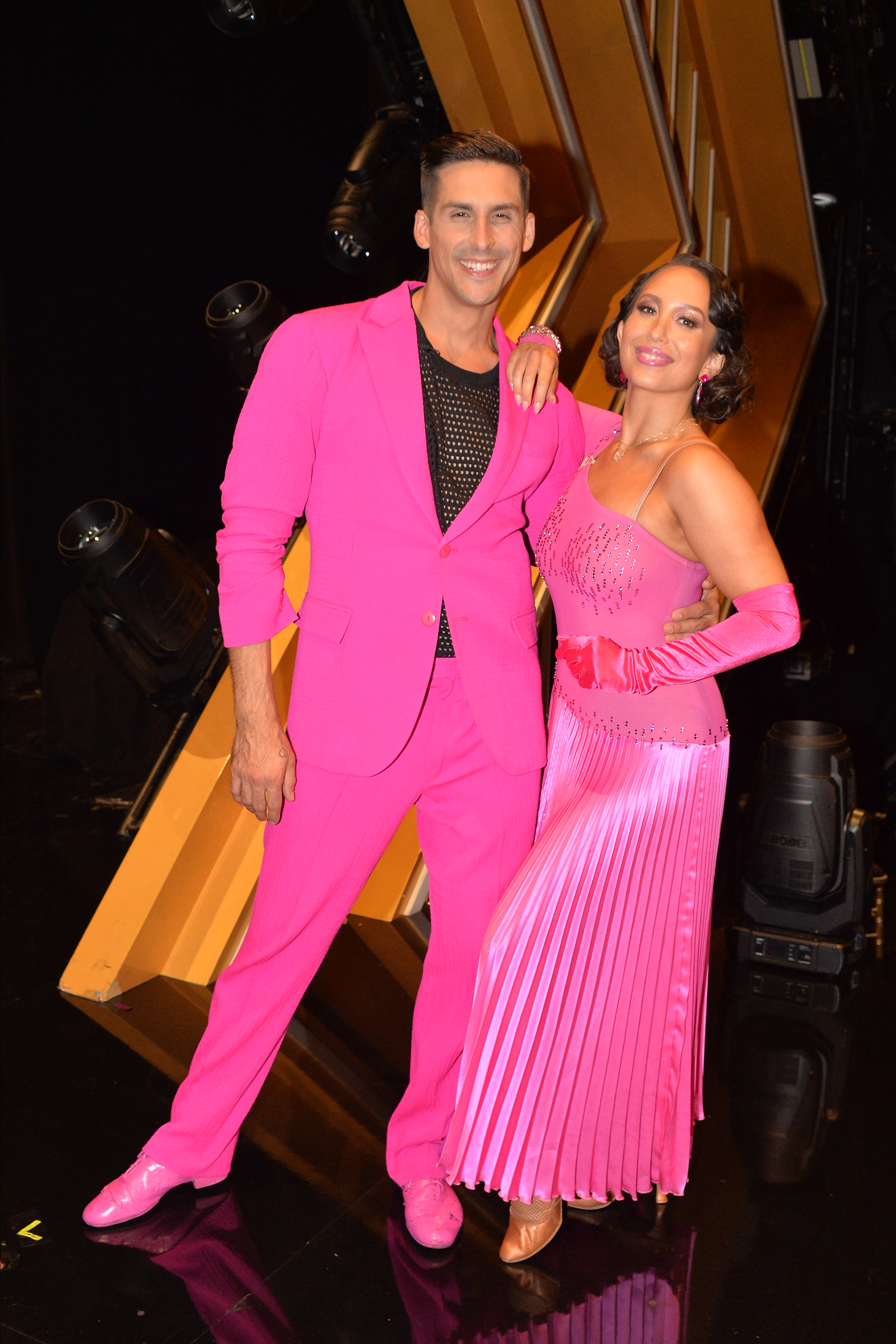 Fitness star Cody Rigsby helps motivate people who struggle with exercising. He was paired to compete with pro Cheryl Burke. The couple scored a 24 out of 40 on the first night.

However, Burke tearfully revealed on Instagram that she was diagnosed with Covid-19 and must drop out of the competition. 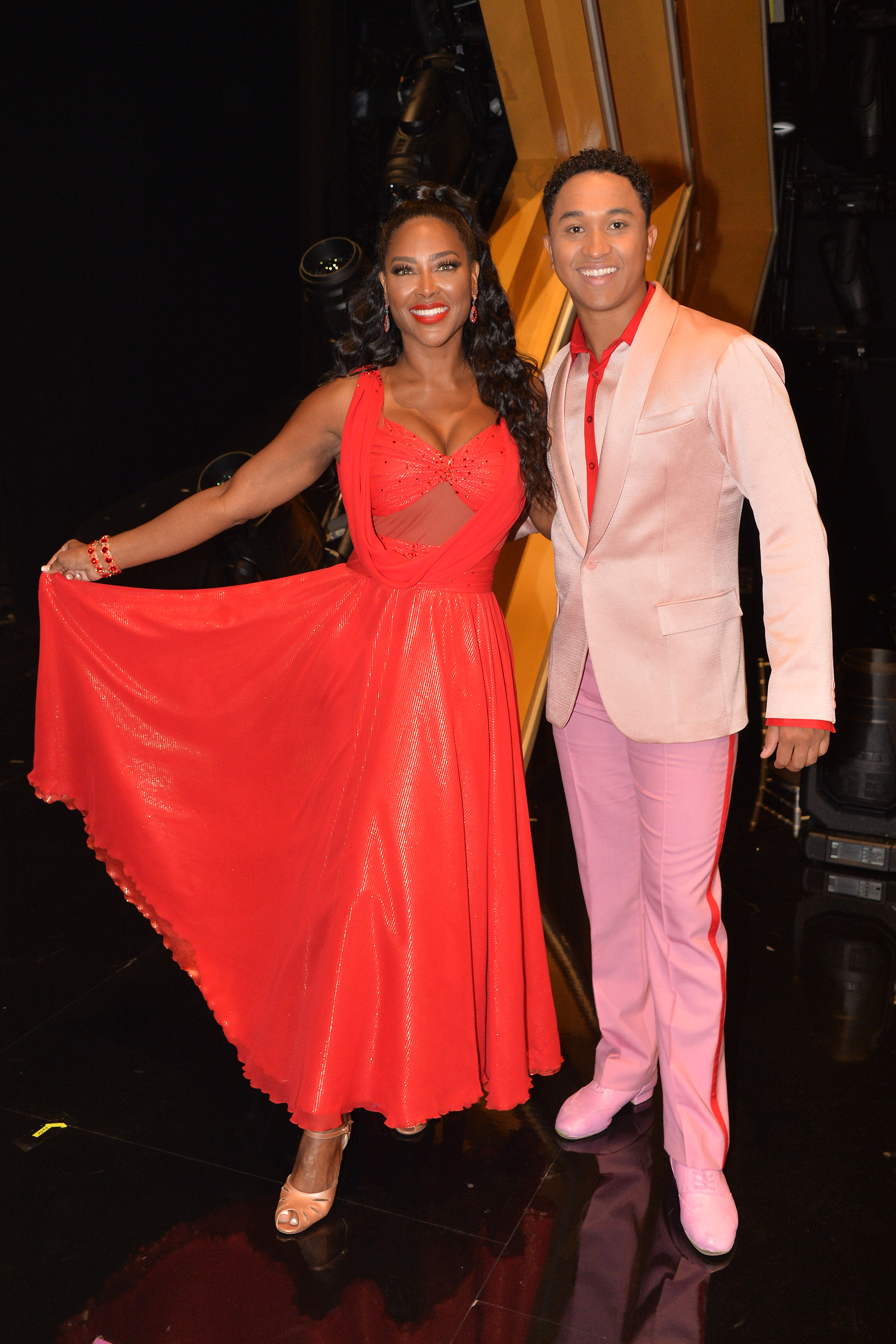 The Real Housewives of Atlanta star Kenya Moore will be dancing this season with professional dancer Brandon Armstrong. The star posted on her Instagram about how she enjoys dancing with her partner. "I now have a friend for life," she wrote. "Our chemistry is so powerful and I can’t wait to walk into the studio to see his face [every day]."

The pair scored 26 out of 40 points on the first night of the show. 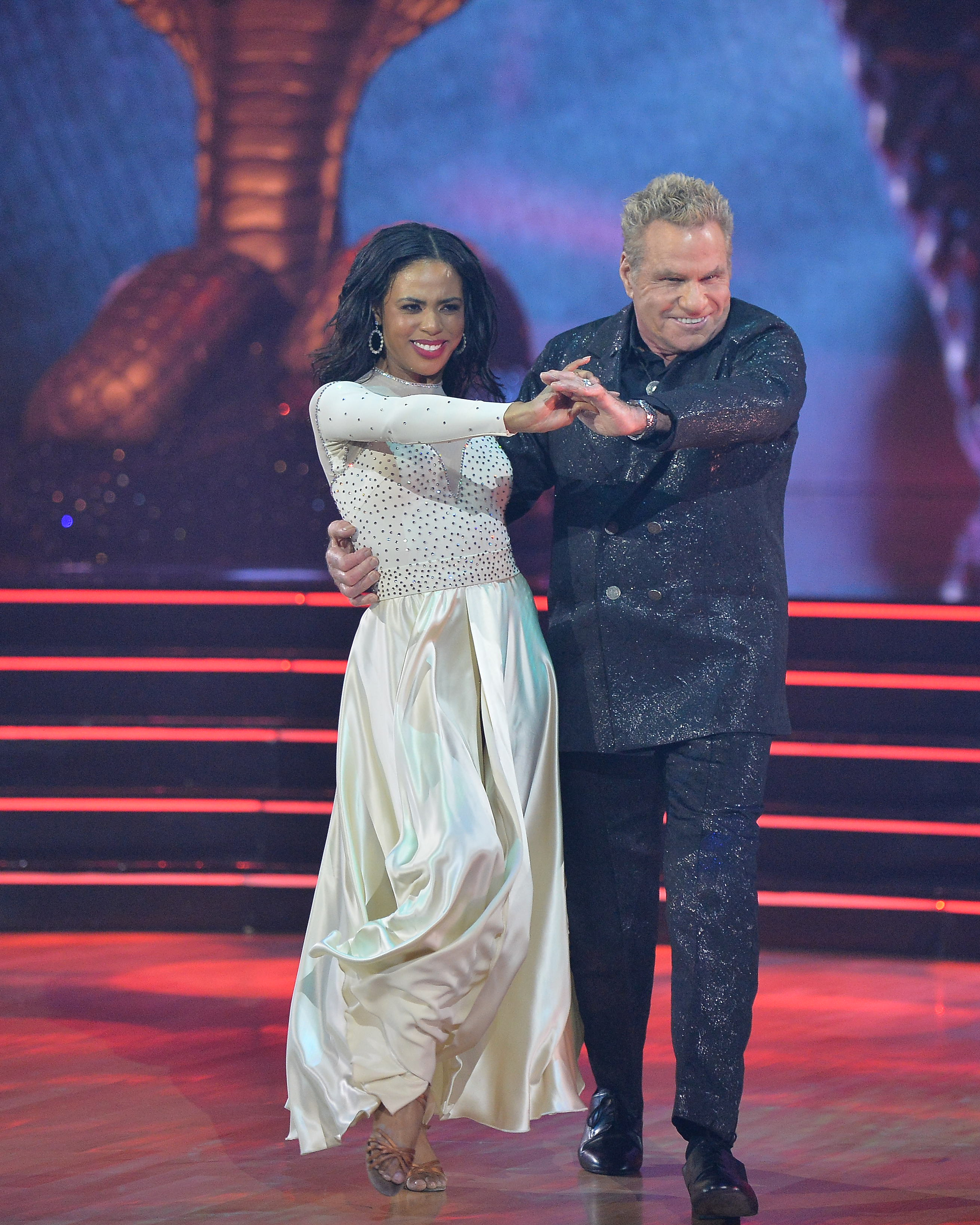 Martin Kove, who is known for his role in The Karate Kid, is paired with Britt Steward this season. The 75-year-old decided to trade his karate moves for dance moves.

Unfortunately, the pair scored 13 points out of 40, which is one of the lowest scores in the show's history. 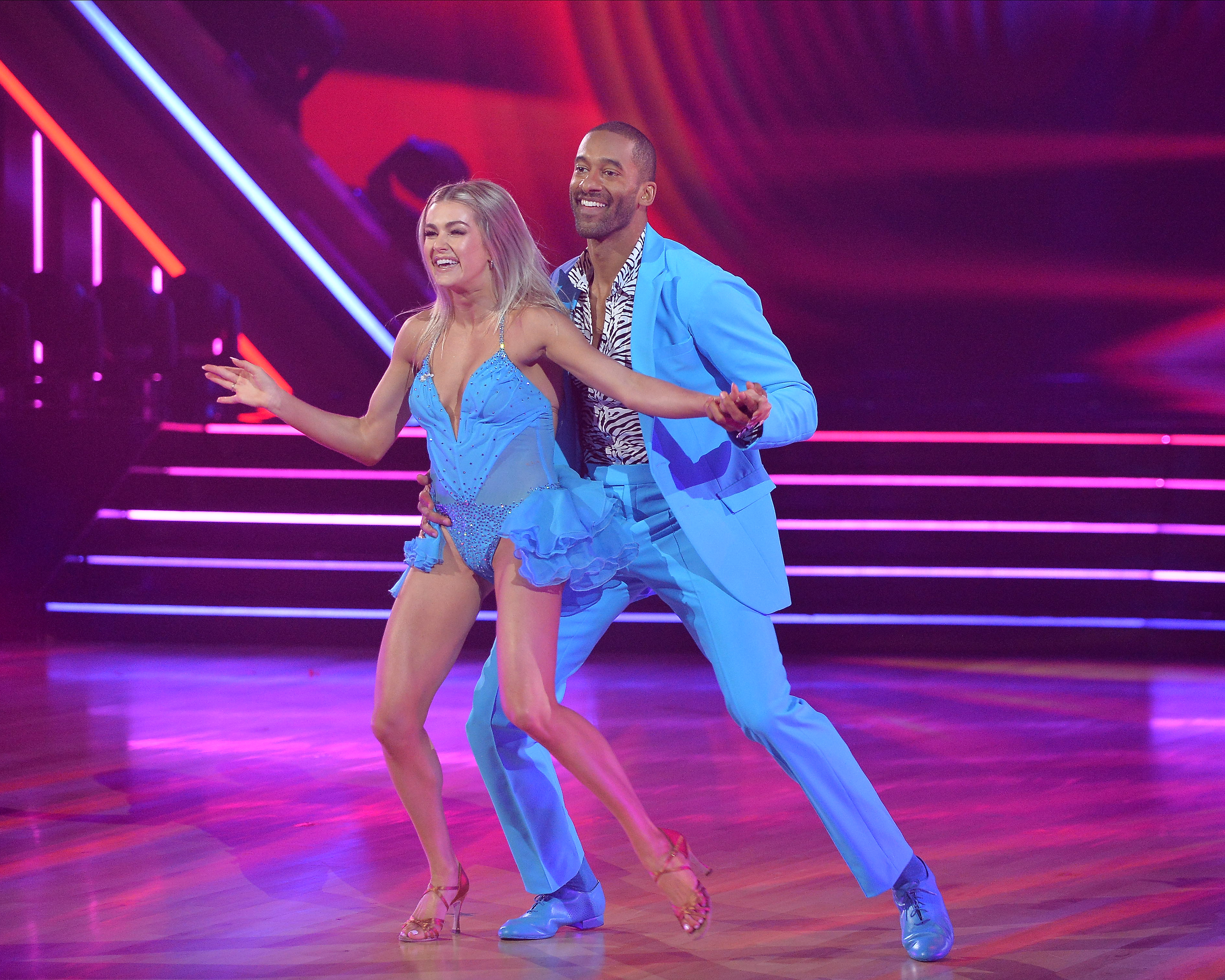 Former Bachelor Matt James is embracing the competition, with the support of his girlfriend Rachael Kirkconnell. The star told Page Six that his girlfriend is "whipping him into shape."

James and his partner, Lindsay Arnold, scored 24 out of 40 points, and received a lot of positive feedback from the judges. 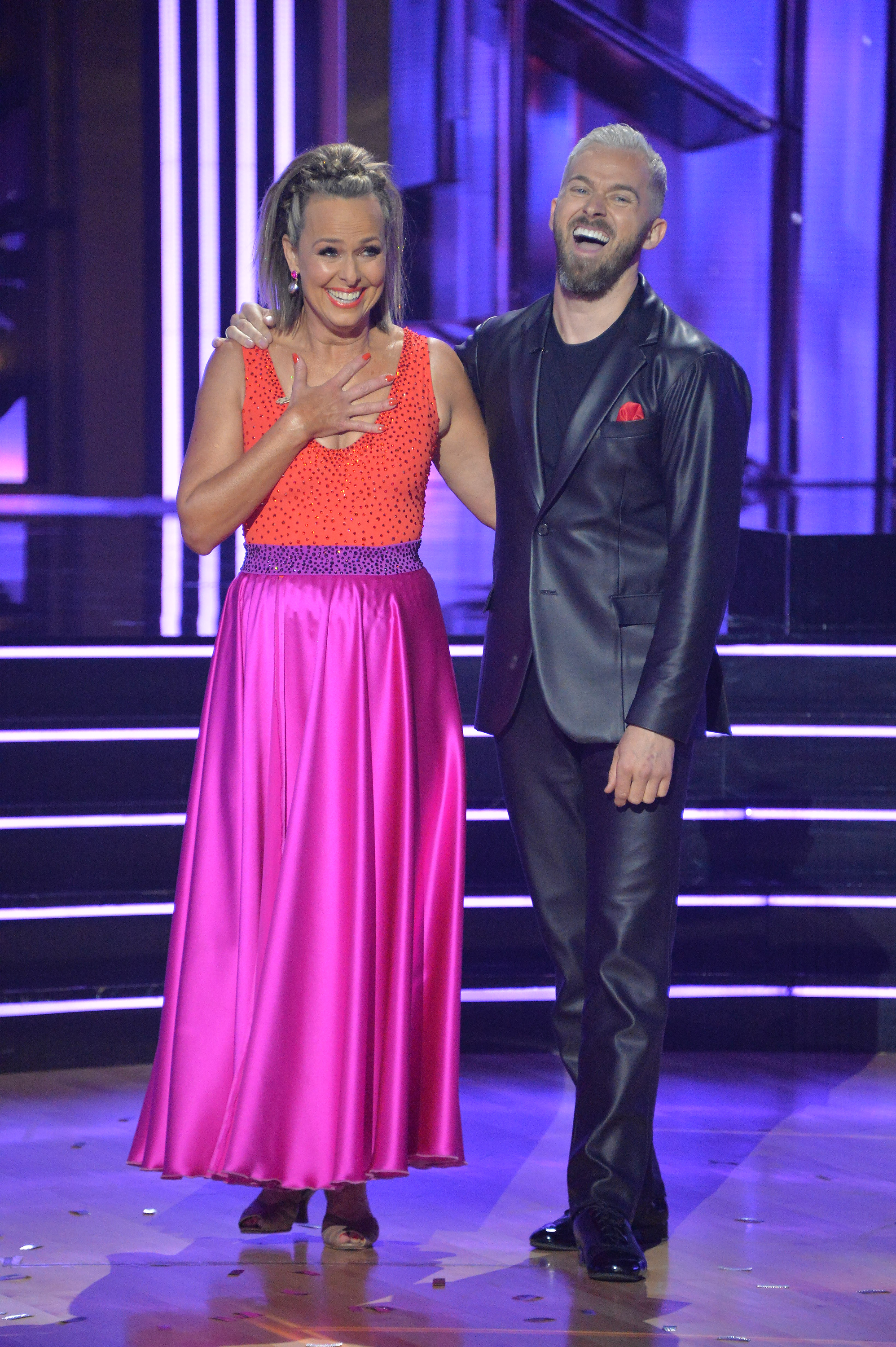 The Office actress and Emmy-nominee Melora Hardin was partnered this season with pro dancer Artem Chigvintsev.

Hardin suspected that her outfit for the first night was a homage to an episode of The Office. “I thought it probably wasn’t an accident that they made my set red and they had me wearing red because I think people really love Jan from the dinner party episode,” said Hardin. “That red shirt that she was wearing, that I was wearing was kind of iconic.”

The pair scored an impressive 26 out of 40 on the first night of the show. 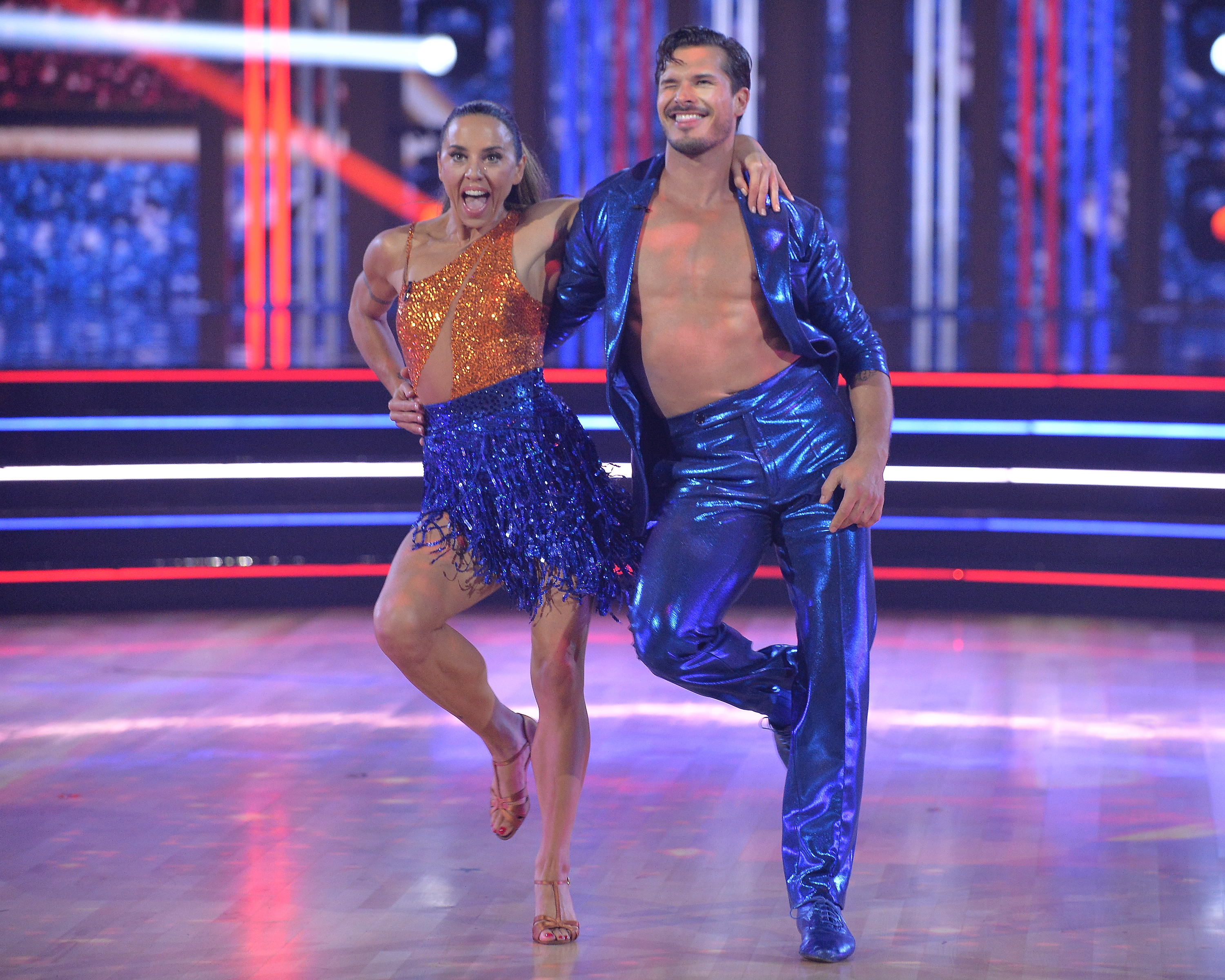 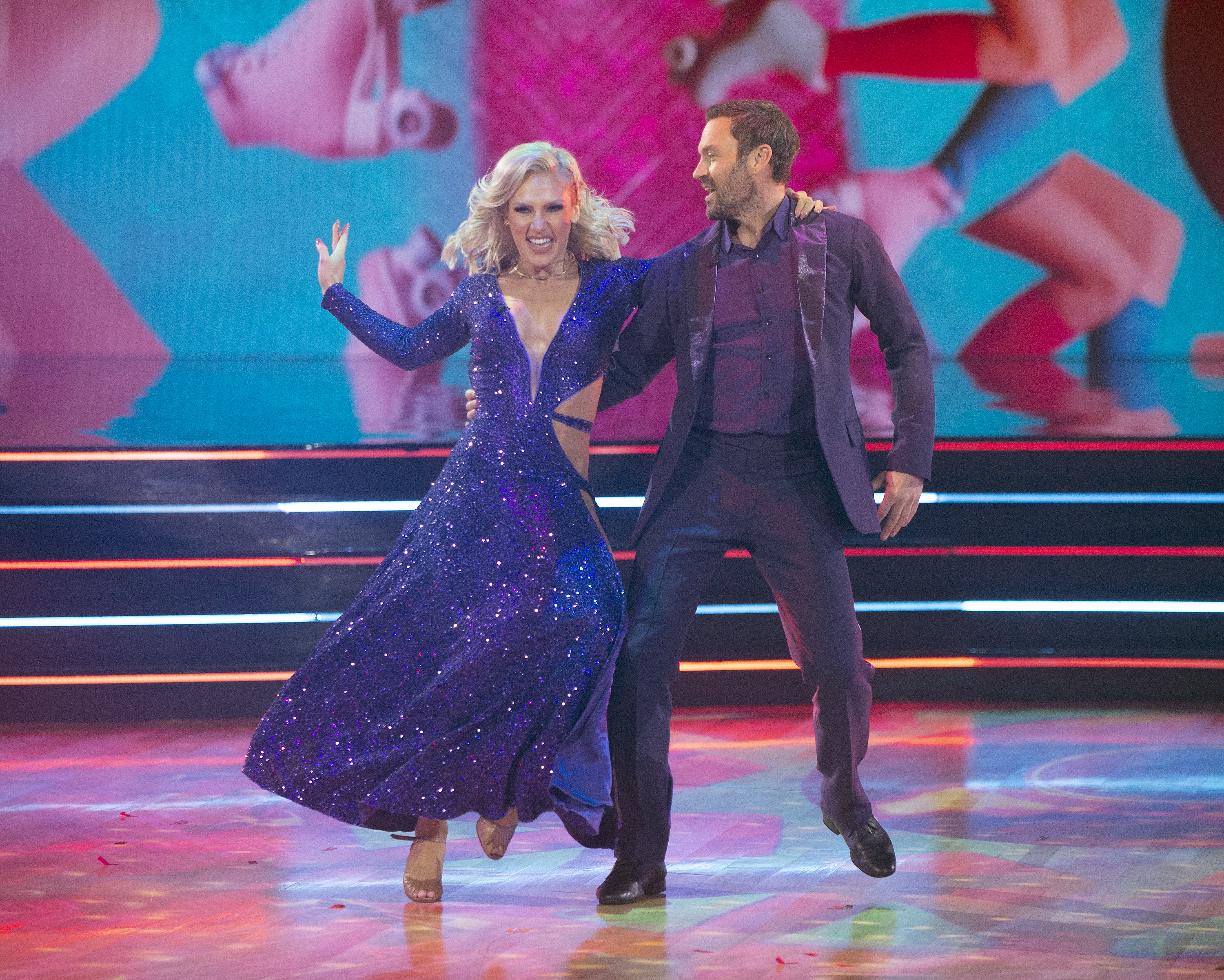 Best known for his role as David Silver in Beverly Hills 90210, actor Brian Austin Green is taking on the dance floor with pro partner and girlfriend, Sharna Burgess.

The couple also made history on the show, as they are the first pair to be entering the competition as a couple. The pair scored 24 points out of 40. 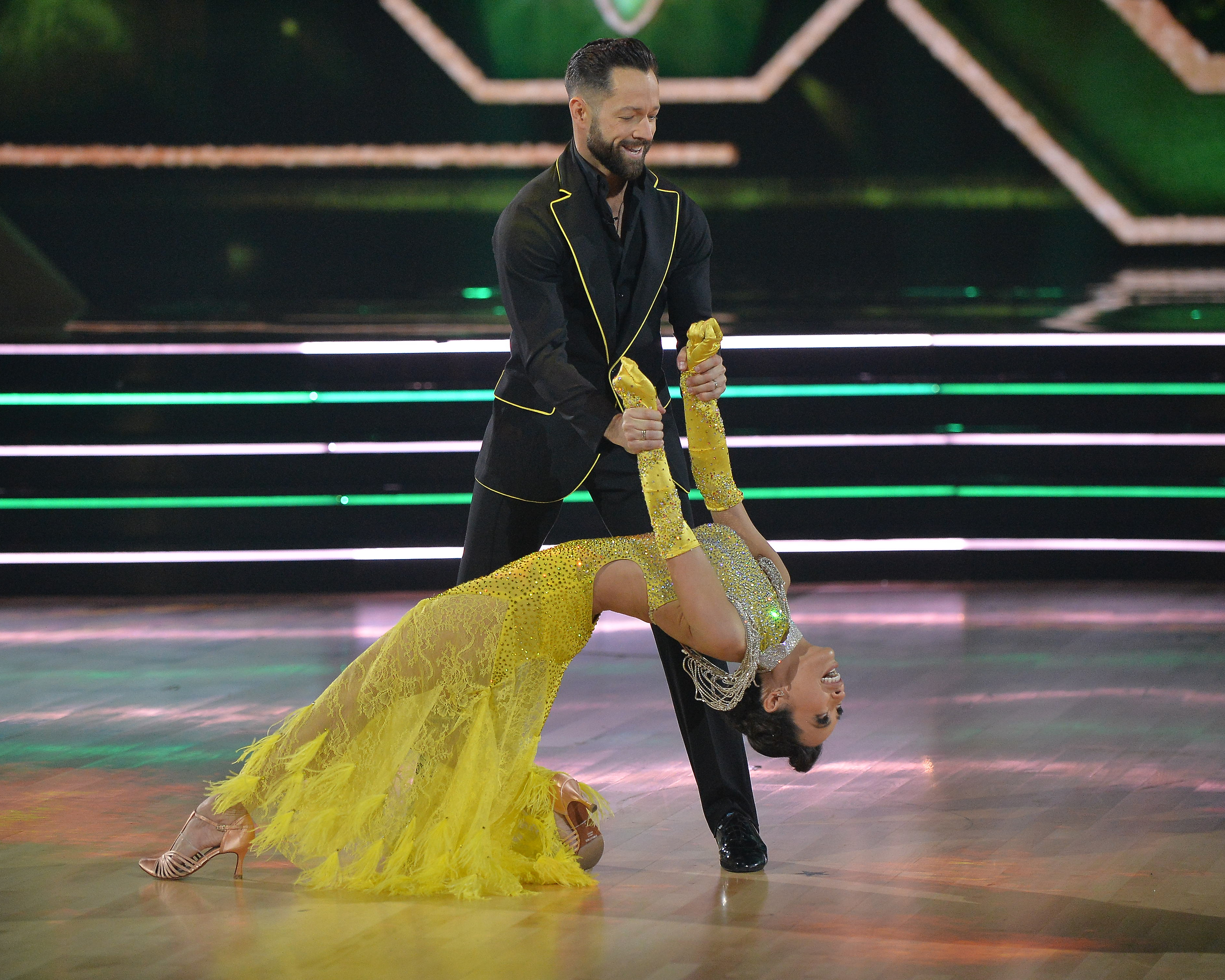 Bling Empire star Christine Chiu made her debut with partner Pasha Pashkov. Chiu revealed after her first performance that she dislocated a rib during rehearsals.

Despite Chiu suffering the first injury of the season, the pair earned 25 points out of 40.

How can I watch Dancing with the Stars?

Dancing with the Stars season 30 premieres every Monday at 8pm ET on ABC.

Dancing with the Stars is also available on most online live TV services, like FuboTV, Hulu With Live TV, YouTube TV and AT&T TV Now.

The show can also be accessed by a VPN.