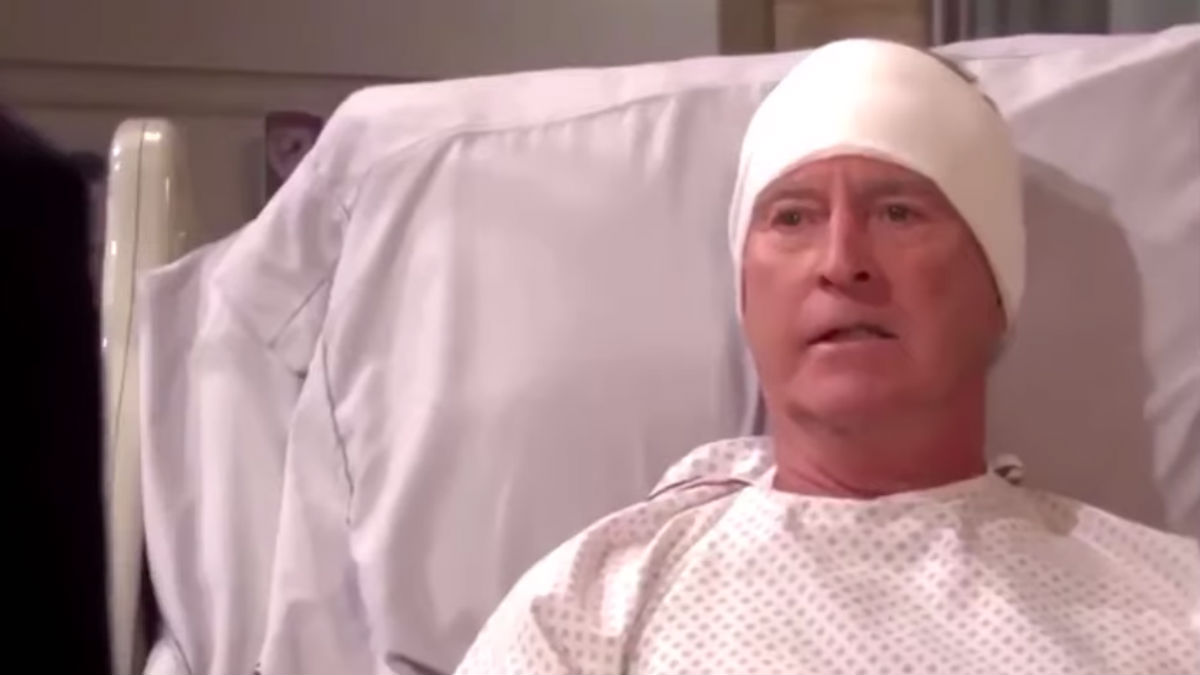 Oh yes, the soap opera is bringing the fire and drama, coupled with fan favorites turning in some of their best performances ever! One Salem resident reels from a betrayal, while another unleashes his fury on a foe. Plus, unthinkable works are spoken, forever changing one family’s dynamic.

The showdown to end all showdowns

John (Drake Hogestyn) is awake and furious. He comes face to face with Sami (Alison Sweeney), and the two pick up right where they left off before John’s health crisis.

After John blasts Sami for saying he was nobody to her, Sami screams at him for always hating her. The Sami wrath is out in full force. She goes so far as to tell her stepdad she hopes he gets another blood clot.

Sami’s words hit a chord with the new John. He lets her have it by telling Sami what he truly thinks of her — that she is evil. Then things get violent as John throws a vase across the room, narrowly missing his step-daughter.

John woke up a different person. Gone is Mr. Nice Guy and, in his place, is a brutal, angry, and violent man.

Threats and rage on the rise

Eli (Lamon Archey) must face the music with Lani (Sal Stowers) after he goes behind her back and arrests Kristen (Stacy Haiduk). Lani knew Eli was not thrilled with her helping Kristen, but she didn’t think he would deliberately betray her trust.

Their marriage will face one of the toughest tests to date. Lani is outraged. Eli double-crossed her, and nothing he says will change Lani’s mind. Eli broke her trust, plain and simple.

Days spoilers tease that Jan (Heather Lindell) works to get close to Claire (Isabel Durant). Jan, of course, has an ulterior motive. She wants to drive Belle (Martha Madison) and Shawn (Brandon Beemer) crazy. It works too. Belle loses it when she spots Jan comforting Claire.

There is one person Jan didn’t think about in her master plan, Philip (Jay Kenneth Johnson). He takes a page out of his dad, Victor’s (John Aniston) playbook. Philip promises Jan that he is going to silence her permanently. The Kiriakis men are not known for making idle threats.

Poor Ben (Robert Scott Wilson) is reeling from Ciara’s (Victoria Konefal) death. In the promo video, Ciara visits Ben in the hospital. Is she really alive, or is he dreaming?

Days of our Lives airs weekdays on NBC.