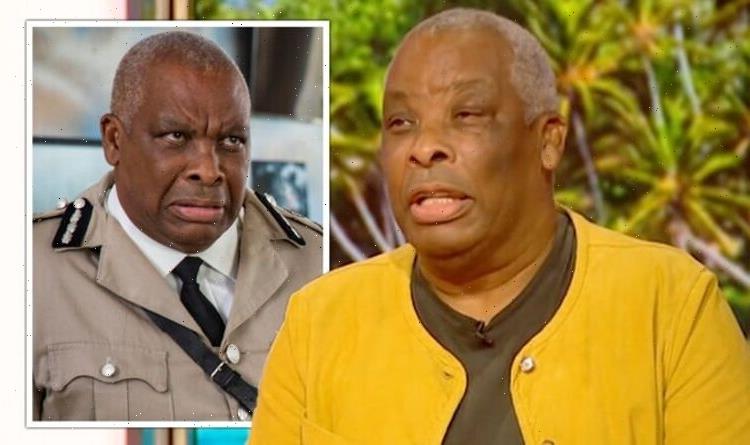 Death in Paradise fans were left wanting more when season 11 came to a conclusion last month. The series ended with a dramatic twist for Commissioner Selwyn Patterson (played by Don Warrington), setting up yet more drama for the next batch of episodes. With fans keen to know what will happen to the hit BBC series, actor Warrington shared his thoughts.

Don felt positive about the show’s longevity and suggested there is plenty more to come from Saint Marie.

Reflecting on the show’s success so far, he suggested the drama could last well into the future.

He insisted the series would continue to be a hit even if some cast members leave.

The actor enthusiastically explained: “I think it can go for a long, long time.

“I think what’s unique about this show is not necessarily individuals, although they’re great, but it’s the format of the show itself.

“I think they’ve found a formula that works and as long as you’ve got the formula it can go on working and working, and working,” Don insisted.

The Death in Paradise star suggested the show will see success so long as it sticks to its winning formula.

Don enthused: “You can put it through as many changes as you like but I think this show will sustain itself through all that.

“Whoever came up with the formula, it works brilliantly,” he told Radio Times.

The hit crime drama series has a history of changing its lead cast members.

Ralf Little is the current lead of the show, playing the popular DS Neville Parker.

However, both Ben Miller and Kris Marshall have also led the cast in previous seasons.

Fans will be pleased to know there are already plenty more episodes of Death in Paradise on the horizon.

The crime drama will air a Christmas special over the festive period in December this year.

The BBC also confirmed the show will return next year with season 12.

As they reconnected, Maggie soon revealed she had a grown-up daughter.

Fans of the show suspect it is only a matter of time before Selwyn’s estranged daughter turns up on the island.

Could this new development in Selwyn’s life be a sign the drama will go on for many more seasons in the future?

Death in Paradise is available to stream on BBC iPlayer.