Death in Paradise returned earlier this month with DI Neville Parker (played by Ralf Little) remaining in his role at the police department of Saint Marie despite having not been a fan of the tropical island. With a host of characters returning for the show’s 10th-anniversary series, one such character is Harry the Lizard, who will be back on the island once more, with the cast opening up on the “demanding” nature of the famous cameo star.

Harry has been featured on the show since the first-ever episode back in 2011.

He’s always been a favourite amongst long-term fans of the programme who look forward to the creature popping up throughout the series.

Harry is unfortunately not played by a real lizard, instead developed via a CGI animation.

But the stars of the show have joked he is, in fact, real and have given accounts on what it’s like to work with him. 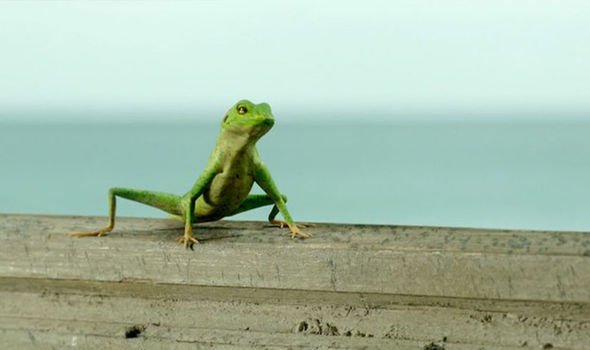 Speaking to Express.co.uk ahead of the show’s return earlier this month, some of the cast spoke out on the series legend.

After being reminded some viewers believe Harry the Lizard is a real lizard, both Tobi Bakare and Josephine Jobert gave their thoughts on the CGI character.

JP Hooper star Tobi commented:  “He is real and he talks and has an agent.” 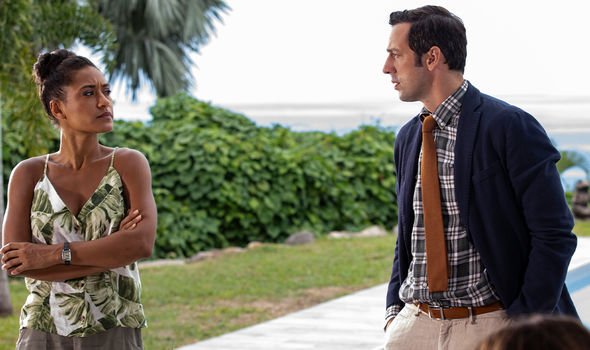 Harry has interacted with all four detectives over the years as the show has continued to grow in popularity.

Fans weren’t surprised to see DI Parker was less than impressed after discovering the reptile.

When Neville moved into the inspector’s house, he took out Harry after not being able to cope with having the creature crawl around.

But the detective couldn’t bring himself to take Harry and put him in the wild.

After Neville accidentally lost Harry in the trees, the officers start a search for him and luckily, discovered the lizard with a new friend, later on.

With Harry remaining on the island, viewers are sure to see another cameo from him soon.

Elsewhere, Josephine teased the possibility she would be remaining on the show for longer than just season 10.

She commented on her future: “Can I answer this? I don’t know. Yeah, first of all, when they called me to ask me back on the show, I wasn’t expecting it at all.

“It took me a few days, maybe a few weeks to think about it and like, give them my decision.

She seemingly confirmed her fate, revealing: “I don’t die in series 10. So maybe, for the next one. I don’t know yet. It’s too soon to say but probably.”

Could there be romance on the cards for new colleagues and friends DS Florence and DI Neville if she decides to stay on the island?

Death in Paradise airs Thursdays at 9pm on BBC One.