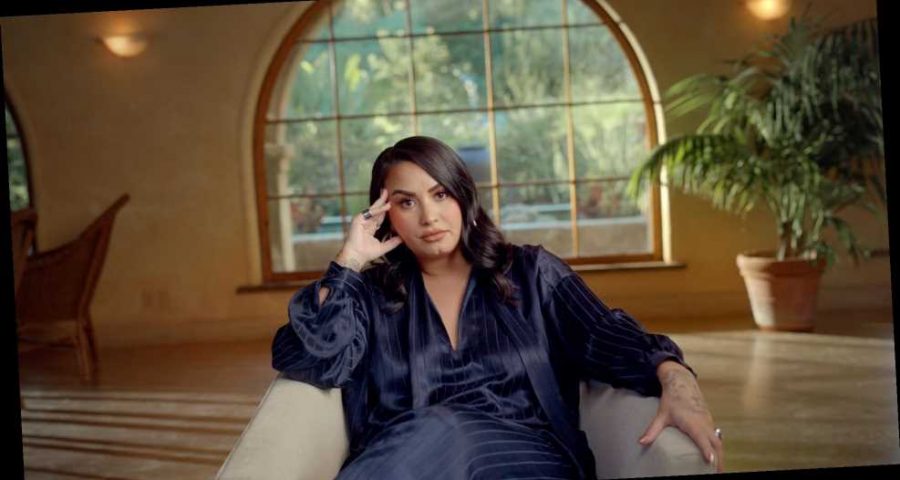 There has been a rash of docuseries recently about the agency — or lack thereof — of young women in the entertainment industry: “Framing Britney Spears” and “Allen v. Farrow” among them. YouTube Original’s “Demi Lovato: Dancing with the Devil” is a harrowing variation on the theme: How do you retain any control over the choices in your life when you have a disease that is hellbent on killing you?

Lovato is a Grammy-nominated singer, a queer icon, the rare former Disney kid who writes her own music and performs it with a one-in-100,000,000 voice, and until she almost died in July 2018, she was an addict who didn’t think she could overdose by smoking heroin instead of injecting it.

Over its four too-slender 20- to 30-minute episodes directed by Michael D. Ratner, Lovato, her family, friends, and business partners discuss the events that precipitated the overdose, and the aftermath. And while “Dancing with the Devil” clears up the timeline and circumstances of the health crisis, it is a story of trauma told in isolation from deeply examining the larger business and societal pressures that continue to impact Lovato’s treatment of her disease.

At the outset, Lovato says she wants to clear up some misconceptions about what happened; and it is true, in the fog of gossip war there were a wild amount of rumors that summer about what caused the overdose. (I worked for Entertainment Tonight at the time, and I remember a long discussion on what narcotics, exactly, were and were not neutralized by Narcan.)

The resulting tick-tock is excruciating: After six years of sobriety from a profound addiction to cocaine and Xanax, Lovato started drinking alcohol and smoking pot. Within a month, her disease rapidly — and privately, as she hid her use from her friends and family — took control, and she started smoking crack cocaine and methamphetamines. On the night of July 24, 2018, she smoked opioids laced with fentanyl, which sent her body into revolt. She had multiple strokes (that left her partially blind), a heart attack, and her oxygen deprivation was so profound that her entire body turned blue. As she slowly recovered at the hospital, she regained flashes of memory, and realized the person who sold her the drugs sexually assaulted her and left her for dead. 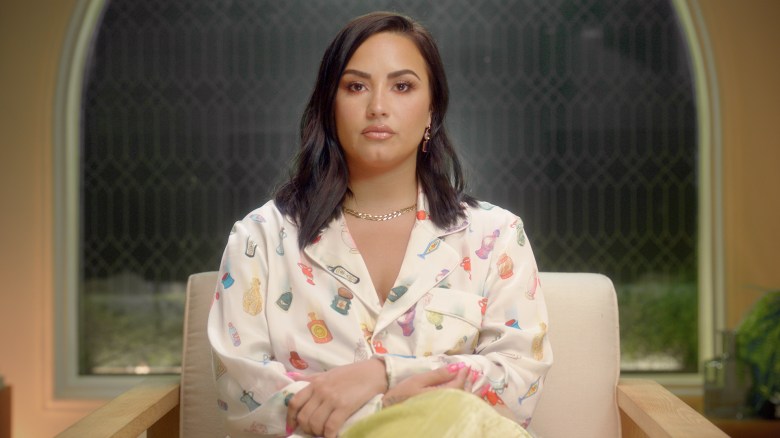 “Demi Lovato: Dancing with the Devil”

This is incredibly distressing, and it raises more questions than answers. Was there any kind of criminal or legal recourse that Lovato took against the drug dealer? Probably not, because if the Year of our Lord 2021 has proved nothing else, it will take a documentary series on TV for female survivors to get any kind of perception of justice. But no attempts at answers or context are provided beyond Lovato’s initial awful revelation, and this is a repeat problem with the docuseries. There are bursts of trauma, the shrapnel wounds are pathologized, and then the next battle in the war for survival is described. “Dancing with the Devil” needs to let Lovato’s story breathe, expand, and settle. The singer has obviously done a tremendous amount of work to get to a place where she can be so forthright, and the cause and the effect of this bravery can’t be summarized in less than two hours.

There are anecdotes told in passing that could be spun off into a documentary of its own. Lovato reveals she was sexually assaulted by someone she worked with when she was 15 years old; she reported the attack to the studio, which proceeded to cast the individual in another movie. She drily calls it her #MeToo moment, plays an old clip of imperiled “Bachelor” host Chris Harrison querying her in disbelief about how much heartbreak a 16-year-old girl could have, and then the whole episode is never referenced in the docuseries again. (It may be left it to the gutter sleuths at TMZ and the Daily Mail to figure out who this allegedly is; Lovato does not name him.)

By the final episode in the docuseries, Lovato is embarking on the controversial strategy of moderation management to help her with sobriety. She drinks a bit of wine, she smokes a bit of pot, she vows to abstain from hard drugs and she checks in regularly with family and friends to keep her honest. Lovato views it as regaining some agency over her disease, the same way she’s using moderation to manage her disordered eating.

Others are not so sure. In one of the many heartbreaking moments of the docuseries, Elton John — sober for 30 years and with an obvious affection for Lovato — simply, sadly, says that it won’t work. This is particularly poignant given that it was testing her disease’s limits with wine and pot that triggered the spiral into the near-fatal overdose; even with the extensive therapy she’s had in the interim, it is not adequately explained how it is seen as a realistic road now when it was an instigator before.

But perhaps there is no explanation, and maybe the audience isn’t owed one. For almost half of her 28 years, Lovato seemingly has been searching for a way to balance her disease and her ferocious talent, and just because she travels that road in public, it doesn’t put us in a place where we can query her choices to manage her illness. 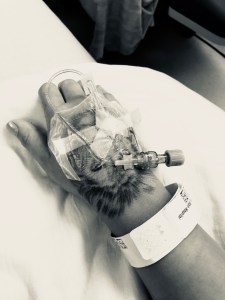 “Demi Lovato: Dancing with the Devil”

In 2008, I interviewed a 15-year-old Lovato right before she starred in the Disney TV movie “Camp Rock.” It was for an article in Billboard that is now pretty much lost to the vagaries of the internet, but she told me this: “I’m more of a writer whose stuff wouldn’t make it on a Disney album,” she said, laughing. “It’s too dark. My mom’s like, ‘Oh my gosh, go to therapy.’”

In retrospect, this is a haunting assertion. It was all there then, and it’s all there now. I questioned her then, and I question her now. Should I? Should we? “Dancing with the Devil” uses headlines to frame the response to Lovato’s illness, but is her press coverage one of the reasons her disease overcame her commitment to sobriety? These are questions that aren’t and can’t be broached in the allotted time.

In the final episode of the docuseries, Lovato buys her own home and is decorating it with cheeky vibrancy; she acknowledges that her kitchen still needs a remodel because it “isn’t gay enough.” Maybe just cheering on Lovato as she queers up her kitchen is what she needs from us. That’s what “Dancing with the Devil” gives us space to do. There is hope in her vision of a future that’s authentic to herself, and if she’s holding onto that hope, so should we.

The four episodes of “Demi Lovato: Dancing with the Devil” served as the Opening Night Headliner at SXSW; they are also now available to stream on the singer’s YouTube channel.