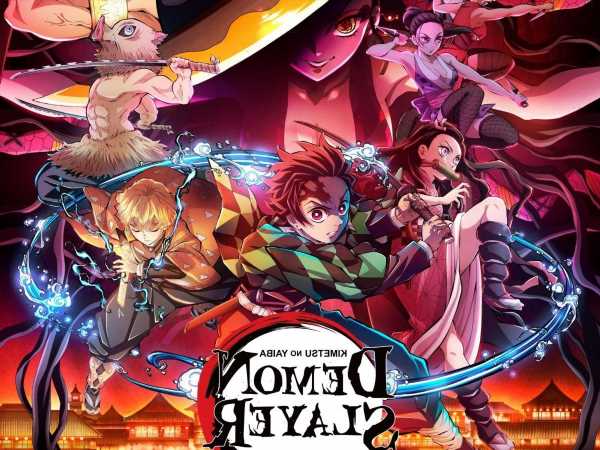 Demon Slayer has quickly become one of the most popular anime currently on air. Its recent film, Demon Slayer: Mugen Train, even became the highest-grossing movie of 2020, bringing in $503 million worldwide. Needless to say, fans have eagerly awaited news of a second season. And now they officially have a release date for Demon Slayer Season 2 — along with an update on where they can watch it.

The new content, arriving two months ahead of Demon Slayer‘s second season, will bridge the gap between the anime’s first outing and the new episodes. By the time season 2 picks up, the characters will find themselves on a mission in Yoshiwara, one of Tokyo’s red-light districts in the 17th century. The poster art for the new season suggests Tengen Uzui will be heavily involved in whatever the group is up to.

On Sept. 25, Demon Slayer announced a season 2 release date of Dec. 5, meaning the new episodes will kick off the Winter 2022 anime season. The premiere, which will be available to stream on Crunchyroll and Funimation, will be an hour-long episode that promises to introduce a new demon into the mix. Miyuki Sawashiro will voice the new foe, and Aimer will perform the theme songs for the first episode.

The season 2 premiere follows the Mugen Train arc’s arrival on Crunchyroll and Funimation, which is set for Oct. 10. The updated take on the arc will span seven episodes, leading right into the anime’s new season.

Fans have waited more than 2 years for the second season

Demon Slayer Season 2’s release date comes more than two years after the anime’s premiere back in April 2019. The first season covered the manga’s Unwavering Resolve Arc, which saw its main character, Tanjiro, joining the Demon Slayer Corps. Tanjiro spends much of season 1 training to kill demons, all while seeking a cure for his sister. Nezuko gets turned into a demon during the anime’s first episode, sending her brother on a journey to save her.

That attracts the attention of the show’s Big Bad, Muzan Kibutsuji, who will likely be behind whatever obstacles Tanjiro faces in season 2. Whether he’ll make progress on defeating the anime’s main villain remains to be seen. The same goes for turning Nezuko back into a human.

Fans will have a better idea of what Demon Slayer Season 2 has in store when it premieres this December. New episodes arrive on Crunchyroll and Funimation on Dec. 5.