The live-action Pokémon movie is out today in the UK today and if you’ve already seen it, you may have noticed a Home Alone Easter Egg. Early on in Detective Pikachu, Tim heads to his father Harry Goodman’s apartment. Playing in the background on the TV is a black and white film, which Tim comments on by saying how much his dad loved detective movies. But this isn’t a real film noir movie, it’s the fictional one from Home Alone.

CHECK OUT OUR DETECTIVE PIKACHU REVIEW

Shot specifically for Home Alone, the fake movie is called Angels With Filthy Souls which Macaulay Culkin’s Kevin McCallister sits down to watch.

Movie fans will remember he also uses it to trick the burglars into thinking there was a couple of gangsters in the house involved in a shoot out.

Now Detective Pikachu director Rob Letterman has revealed why the Home Alone clip is in his movie.

Speaking with FreshFiction.TV, he said: “Mark Sanger, my editor, and myself were putting together the assembly/director’s cut.” 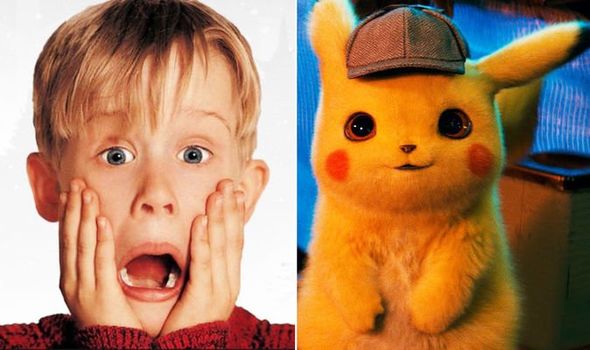 The director continued: “We needed something and I hadn’t figured out what I was going to put on that TV yet.

“It was always scripted there was some film noir-y, detective film there.

“Just as a laugh, we got the movie that they shot for Home Alone off of YouTube at some point and used it as a temp.

“We could never beat it! It got to the point of it being well, why not try to license it.” 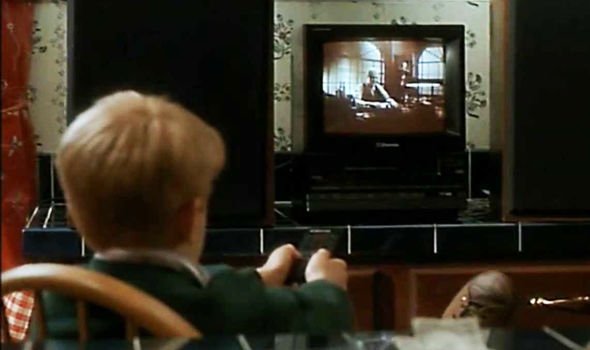 He added: “We got it cleared, miraculously, and it became this funny inside joke just to us.”

Meanwhile, it turns out that Mr Mime was almost banned from Detective Pikachu.

According to Letterman: “I went to The Pokémon Company. I was like ‘I have this idea for this scene, and it requires realising Mr Mime photo-real into the live-action world’.

Detective Pikachu is out now.