Escape to the Chateau follows Dick Strawbridge, his wife Angel and their two children Dorothy and Arthur as they transform a dilapidated chateau into their family home. The property also inspired the couple to start their wedding business – they even held their own nuptials in the house. However, as they celebrated their marriage, Dick was left worrying about one element of the property and if it would be able to cope the hundreds of guests.

Dick explained: “Since we moved in, I had been worried about the entrance hall.

“It was in a seriously dodgy condition, flexing several inches when I walked on it.

“I did a temporary fix, but it was tested in a way I’d never anticipated.”

Angel went on to reveal they had 200 guests for their wedding and once the band got playing, everyone was in the hall dancing. 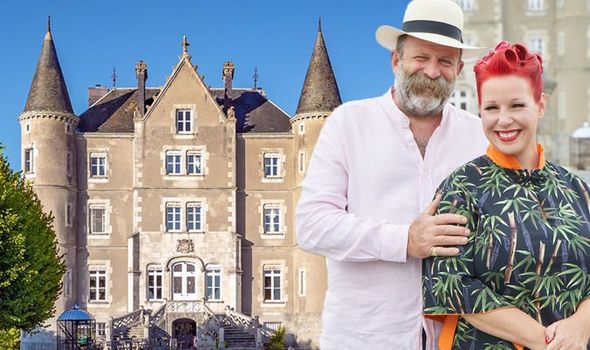 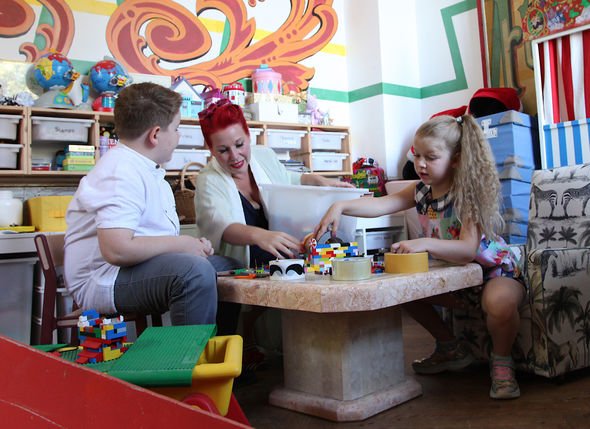 Writing in their book, A Year at the Chateau, Angel detailed: “The band had set up on the landing of the staircase and our first dance was announced.

“Our family danced together, Dick with Dorothy and me with Arthur, then all of us together.

“It was perfect. After a couple of moments everyone was in the entrance hall dancing, singing.”

“Our first dance was lovely but it wasn’t long before we had masses, and I mean masses, of people dancing on the ornate floor,” Dick continued. 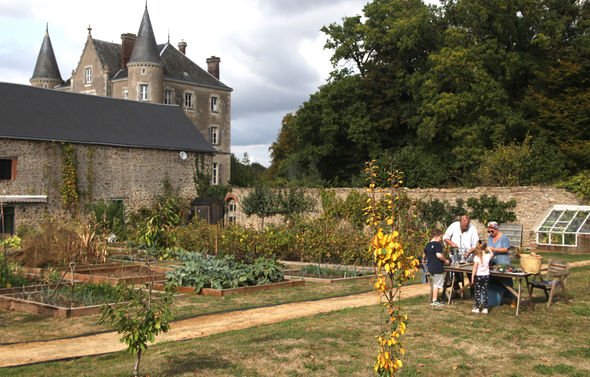 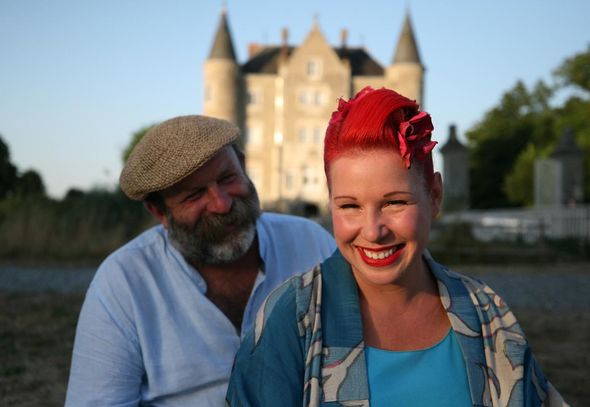 “It didn’t even occur to them that they might end up in the basement.

“There was definite movement in the planks.

“‘What’s the worst thing that could happen?’ I asked myself.

“Sometimes you just have to throw caution to the wind… and keep dancing.”

Dick and Angel have since made incredible progress with the Chateau and have redecorated all 45 bedrooms including suites for wedding guests.

Now work has turned to the outhouses and the latest instalment of Escape to the Chateau saw Dick and Angel tackle the disused lavoir, which was once used for the former owners to wash their clothes.

Once Dick had cleared the overgrown outbuilding, the couple discovered a huge trough which Angel decided should be a swimming pool.

Dick asked: “What is it?” as Angel suggested: “This could be, very easily, a little swimming pool, couldn’t it?”

While he tried to come up with excuses, Angel told him: “The kids would thank you for it.“

“I don’t know if you could make this waterproof, look at the weeds, look at that for a root,” Dick insisted.

But Angel replied: “Dick, look at me, you can make anything waterproof – this is where me and Dorothy can learn to synchronise swim.”

Eventually giving in to his wife’s demands, Dick sighed: “I’ve got a headache.”

Escape to the Chateau continues Sundays on Channel 4 at 9pm.