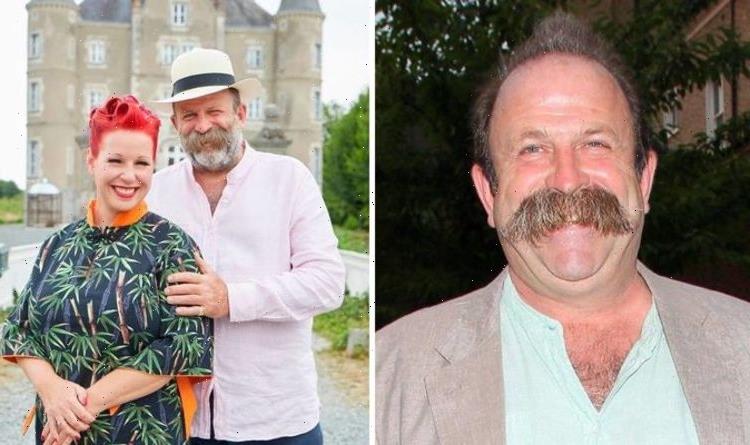 Escape to the Chateau: Angel on 'excitement' of finding 'gems'

Dick Strawbridge became famous when he presented Channel 4’s Scrapheap Challenge, which was years before Escape to the Chateau was even thought of. Now, Lieutenant Strawbridge is more associated with beautiful renovations rather than working with scrap metal. While he was working on this other show though, Dick was also still with his first wife.

Who was Dick Strawbridge married to before Angel Adoree?

Dick Strawbridge was in the military when he met his first wife Brigit Howard.

While the details surrounding how they met are unknown, the pair did get married in 1982.

Strawbridge had joined the Royal Corps of Signals in January 1980 and was promoted to Lieutenant the following year.

They were married for 28 years before Dick and Brigit called it a day in 2010.

During their marriage, the couple had two children, James and Charlotte.

Not much is known about their daughter Charlotte who has remained out of the spotlight.

However, his son James is a chef and has been featured on Escape to the Chateau for a cooking segment.

He also made an appearance with his dad on The Hungry Sailors which aired back in 2012.

Brigit is an environmental activist and has been dedicated to her passion for many years.

No details have come out about Dick’s marriage to Brigit and the reason behind their split.

But she did remarry in 2017 to a man called Bob, two years after Dick tied the knot with Angel Adoree.

They reside at the 19th Century Chateau de la Motte Husson with their children Arthur and Dorothy.

Dick and Angel met through their agent who introduced them as they believed the pair had a “similar work ethic”.

He didn’t think Angel would want to be with him long-term though as there is an 18-year age gap between them.

Dick told You Magazine: “So Angel and I had our fun, then I told her it was time for her find a young man, have children, because I felt I shouldn’t keep her from that.

“And what she said, bloody woman, was that she actually wanted me.”

Escape to the Chateau will be returning for an eighth season on Channel 4.

Filming did begin on the new episodes earlier this year but it isn’t clear if it has since wrapped up.

A release date hasn’t been announced but the reality series is expected to come out later this year.

Escape to the Chateau is available to watch on All4.