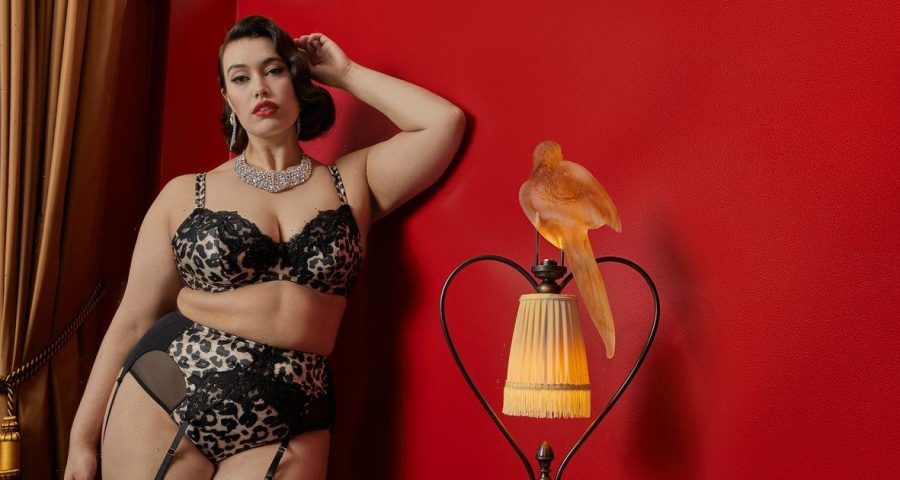 After being eliminated and subsequently unmasked as Beetroot on Tuesday, Dita appeared on Lorraine on Friday to chat to temporary presenter Cat Deeley.

"Did you feel more comfortable on stage performing burlesque than dancing as Beetroot?" Cat wondered.

Appearing via video link, Dita admitted: "It was hard for me. One of the reasons I became a burlesque dancer was that I was always a ballet dancer, but not a very good one, and so that's how I came to burlesque," she admitted.

"I don't know who is on the show, but whenever I was there, I felt like I was the only person there who was not like a hip-hop dancer or gymnast or someone who had more dancing experience than me.

Cat reassured her: "But you were so graceful and so elegant, you knew there was a little bit of a dancer in there."

The smoking hot stripper joked: "If it had been The Masked Stripper, I would've won it! I'm all for that show."

Dita said she still had a "lot of fun" while on the show, elaborating: "I could not turn down a job like this, especially after a year and a half hiatus in showbusiness."

She also let fans in on a bit of backstage information, as she confessed all of the dancers wanted to figure out who the others were.

And it seems the show producers were incredibly strict.

"They had to keep us from talking to each other, even gesturing with each other. No sign language, nothing.

Dita was the third contestant to be eliminated from the show, after Viper was unmasked as Diversity star Jordan Banjo and Flamingo as Louise Redknapp.

She was followed by Rubber Chicken's reveal as Olympian Eddie the Eagle, then, in a shock double elimination on Thursday night, ice skating legend Christopher Dean as Beagle and Zoe Ball as Llama.

Still in the competition are Carwash, Zip, Knickerbocker Glory, Frog, Squirrel and Scarecrow.

Fan theories are running rampant about the remaining contestants, with many sure they've clocked the huge ice cream as Strictly Come Dancing judge Craig Revel Horwood.

It comes after a fill-in-the-blanks jelly clue filled in the gaps for some eagle-eyed fans, which proposed: "As a young scoop, I won a [BLANK] contest for my jelly [BLANK."

And keen fans noted Craig had won awards for his jellied prawn cocktail as a teen, as pointed out in his autobiography.