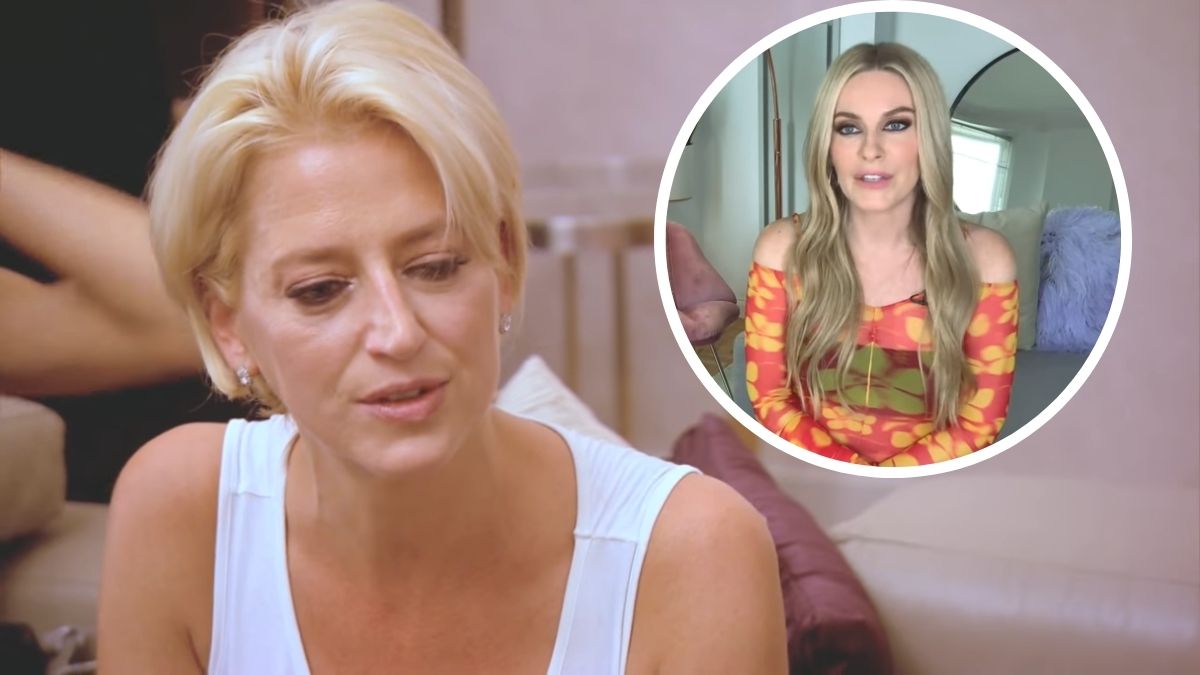 The Real Housewives of New York City finale started off quite mellow, and let’s just say it ended with a bang.

We still have the reunion to look forward to, but the season finale marks the last time we’ll see Dorinda Medley on RHONY.

And in true form, Dorinda reminded us all why she’s been allegedly fired from the popular Bravo show after six seasons.

Her anger was in full effect at Sonja Morgan’s drag queen bingo party which was attended by all the ladies. It was the final event to closed out the season.

Towards the end of the night, Leah McSweeney gave a toast for her first season.

During the short speech, she mentioned her friend and former RHONY cast member Tinsley Mortimer, but Dorinda wasn’t having it.

Dorinda flips out at Leah

Leah started her toast by saying, “Thank you for having open hearts with me, I appreciate it…Tinsley introduced me to you guys and-”

Leah tried to continue but the moment she mentioned Tinsley’s name Dorinda flipped out!

“No! I’m not doing that sh*t, ” interjected the 55-year-old while walking away from the group.

“Are you kidding me?” retorted Leah as Dorinda continued her rant saying, ” I will not give Tinsley that, I won’t.”

“You’re gonna give a toast to Tinsley Mortimer who left the show and breached her contract and left over nothing? I won’t” exclaimed the angry housewife while pointing at Leah.

And as Luann de Lesseps and Ramona Singer tried to interject, she turned her anger towards them as well.

She eventually stormed out of the party after saying, “I don’t want that bi**h’s name mentioned.”

Interestingly, it was Dorida’s bullying of Tinsley that may have been the final nail in the coffin for Bravo execs.

After fans saw the way she treated the former RHONY housewife during her stint on the show, they tagged Andy Cohen and the network asking for her to be fired.

Then about two weeks ago the 6 season alum made the grand announcement on Instagram announcing her departure from the show.

Unfortunately, Dorinda gave us an ugly reminder of why she needs to take a break from RHONY as she once again took out her anger on Tinsley Mortimer.

For now, we still have the reunion to look forward to, and yes, the famous socialite will be in attendance.

Maybe we will finally get to the bottom of exactly why Dorinda has so much anger towards her.

The Real Housewives of New York City airs Thursdays at 9/8c on Bravo.