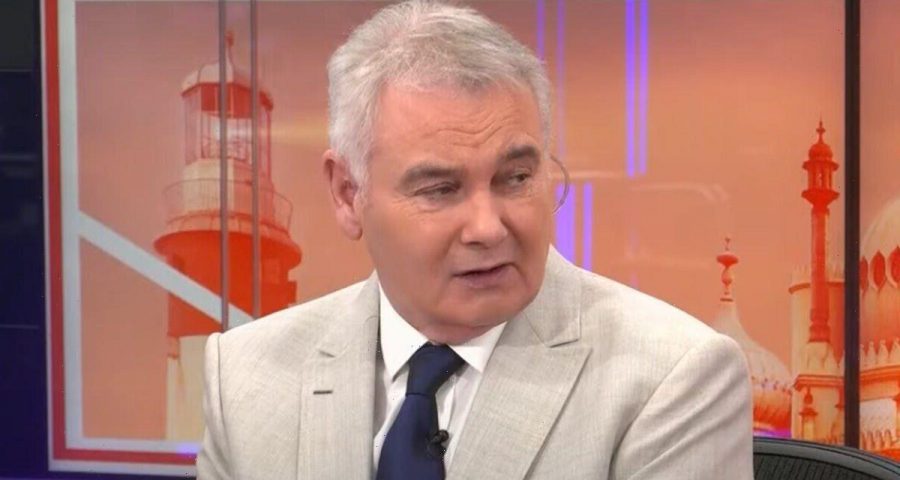 Breakfast with Eamonn and Isabel returned on Monday with its original hosts Isabel Webster and Eamonn Holmes. The latter had taken a four-month hiatus to recover from a back operation but despite the host’s presenting return, Eamonn admitted he was still “not better”.

Isabel kicked off the morning programme by introducing her co-host.

She said: “This is Breakfast with Eamonn Holmes back on the TV with me this morning.”

“I’m surprised you remember my name,” he joked.

“I know it’s been four months and we’re very thrilled to have you back,” Isabel replied. “Welcome back.”

Eamonn revealed he was still suffering from chronic pain despite undergoing an operation.

“Thank you very much indeed I’ve had some issues with my back and legs [that are] not solved,” he explained.

“[I’m] better than I was but I’m not better but I think being back to work will help speed up that process.”

GB News had previously revealed that Eamonn was hoping to return to his presenting role before the new year.

In November, Eamonn explained his return was halted after he fell down the stairs and fractured his shoulder.

“It was a massive setback,” the presenter shared. “But day by day I’m improving and I am remaining positive and trying to look on the bright side.”

He continued: “I can’t wait to get back to work at GB News and do what I love most, presenting the news and discussing the issues of the day alongside Isabel with our wonderful viewers and listeners.

“I can’t say a big enough thank you to everyone who has sent me lovely messages, they’ve really cheered me up and kept me going.

“One thing I’ve noticed is just how many other people out there are suffering from chronic pain, and I am determined to keep speaking up on their behalf.

“Also, I really must say a heartfelt thank you to the doctors and nursing staff who have been looking after me.”

The GB News presenter added: “They all are amazing. God bless.”

Eamonn has spoken candidly in the past about his ongoing battle with chronic pain.

Since the presenter joined GB News he has had to take breaks from his role due to his health problems.

The GB News breakfast host has undergone operations and physio treatment to help with his condition.