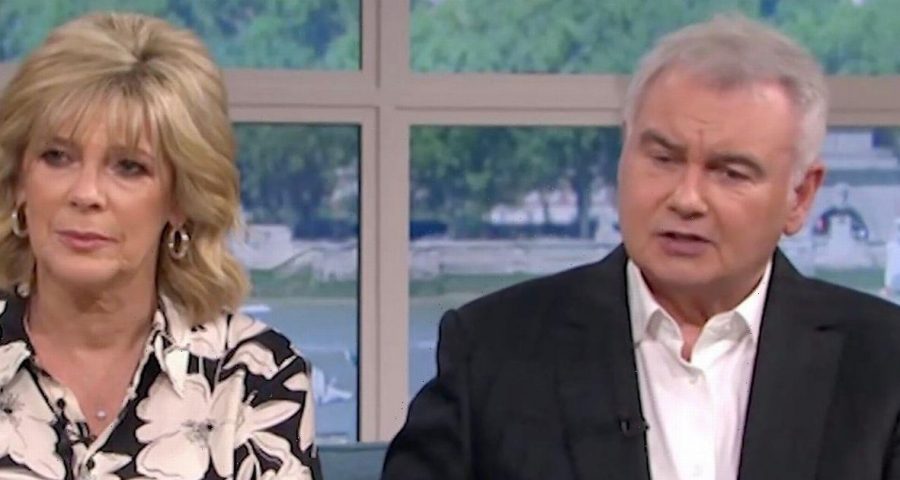 This Morning's Eamonn Holmes and Ruth Langsford were left gobsmacked when one of their guests began opening up about drug past on the ITV daytime show.

Guest Jack, a former criminal who is now spending his time painting, opened up about his life during an interview which aired on Thursday's show.

He told Eamonn and Ruth: "And I will be honest with you, the colours reminded me of when I was 13… I took an LSD tablet, and I saw these wonderful colours."

Jack then realised what he had said on live TV and added: "Don't take it kids. Don't take it. Anyway, yeah, colour was my thing… I saw colours, and a few days later I had to see the colours again.

"And I had a friend who said to me 'yeah, Jack, don't worry, I will find it for you', and we were going through all these thousands of paintings…"

The Northern Irish TV presenter and his wife co-presenter were pretty shocked by the remarks.

Viewers took to Twitter to shared their thoughts about Jack's comments.

One said: "Good job he reiterated the message not to take LSD!

A second joked: "LSD is brilliant…. but don’t take it kids."

"Must of learnt to paint in jail," a third added.

Eamonn and Ruth are currently holding the fort during the summer while regular presenters Phillip Schofield and Holly Willoughby are taking a break.

It comes as This Morning has been nominated for best daytime show at the National Television Awards.

Meanwhile, Holly Willoughby and Alison Hammond will go up against one another for best TV presenter.

The pair will go head-to-head with Ant and Dec, Piers Morgan and Bradley Walsh who have also been shortlisted for the gong.

Viewers will found out who will in a few times time when the awards show airs on ITV.

This Morning is on weekdays on ITV at 10am