It was after Dotty told the Queen Vic landlady that Ian Beale had caused her son Dennis' death in the boat crash. 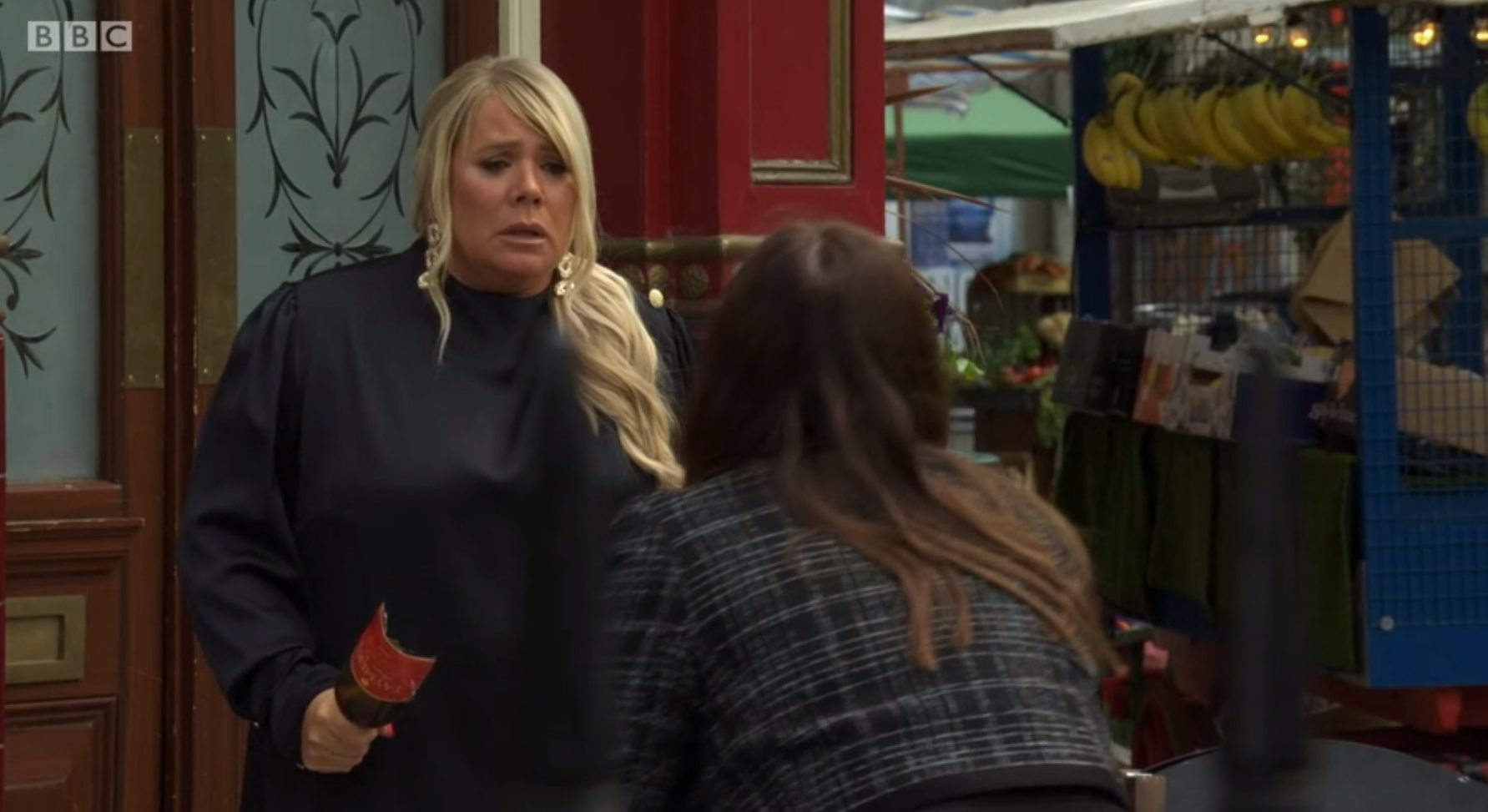 Dotty has grown sick of Ian's constant barbs at her and told him she would shut him up for good.

And after hearing his son Bobby defend him and attack her own villain father Nasty Nick, Dotty snapped.

She marched into the Vic and told Sharon: "It never ends does it? You think it has and then something happens and you're right back in it.

"I felt exactly the same when my dad died. What made it worse was that no-one was telling me the truth about how he died." 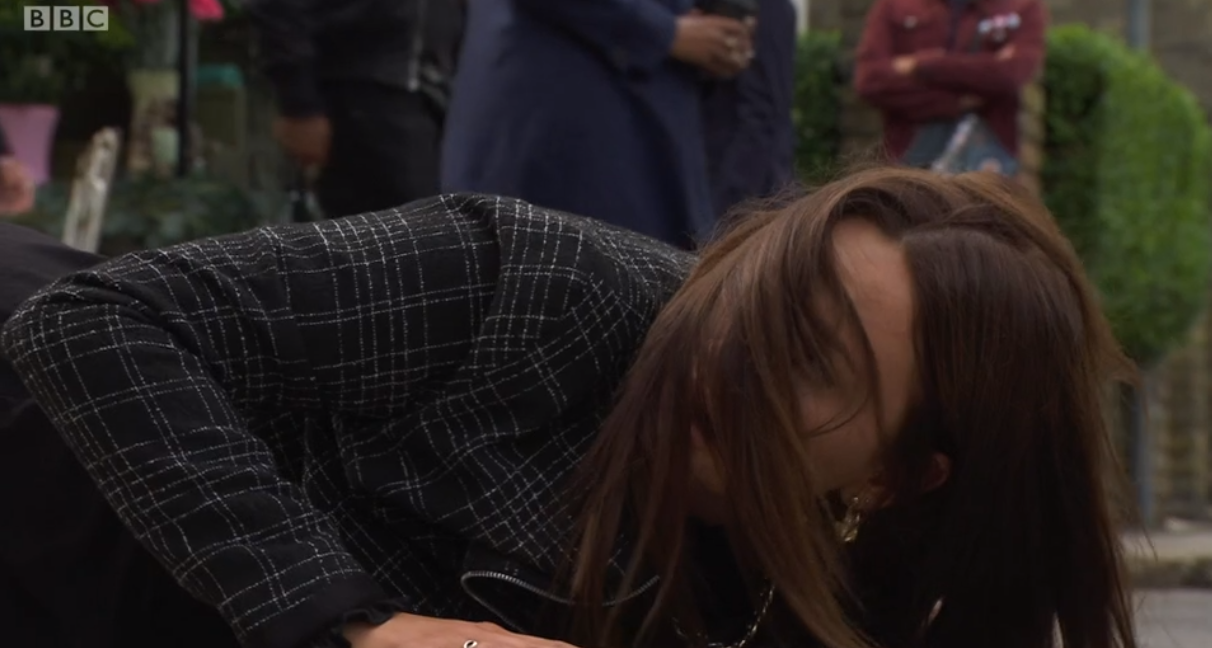 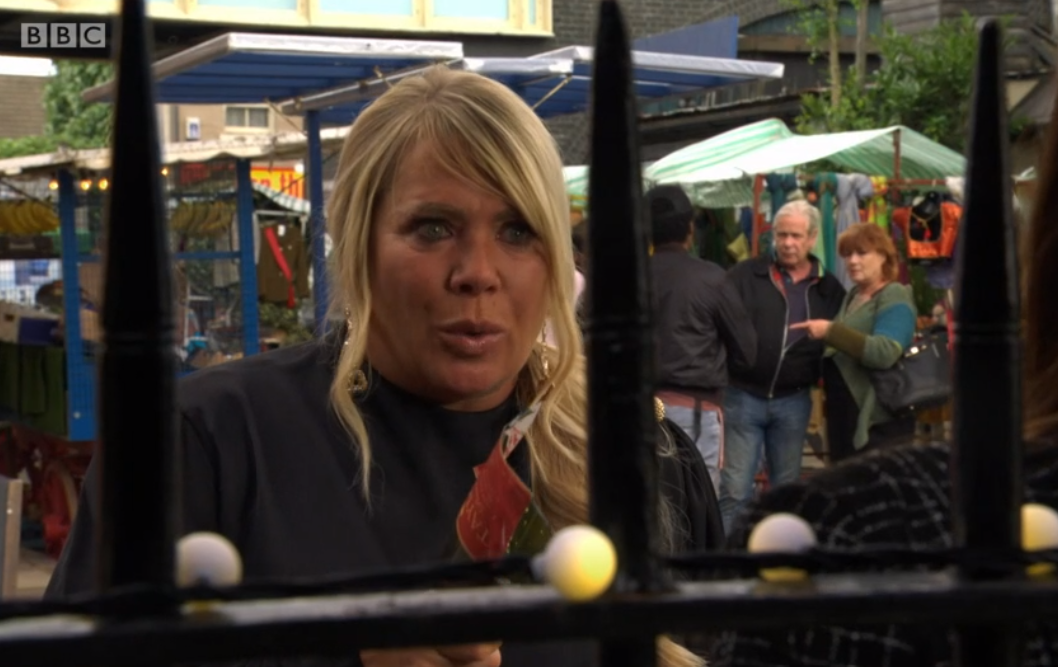 But Sharon did not take kindly to Dotty's outburst about her son's death, and accusing her friend Ian.

Instead she grabbed a wine bottle and smashed it on the side of a table and raged: "You evil little bitch!"

Next thing you saw was Dotty being thrown out of the pub and landing on the street.

As she crashed onto the pavement Sharon stood over her with the broken bottle. 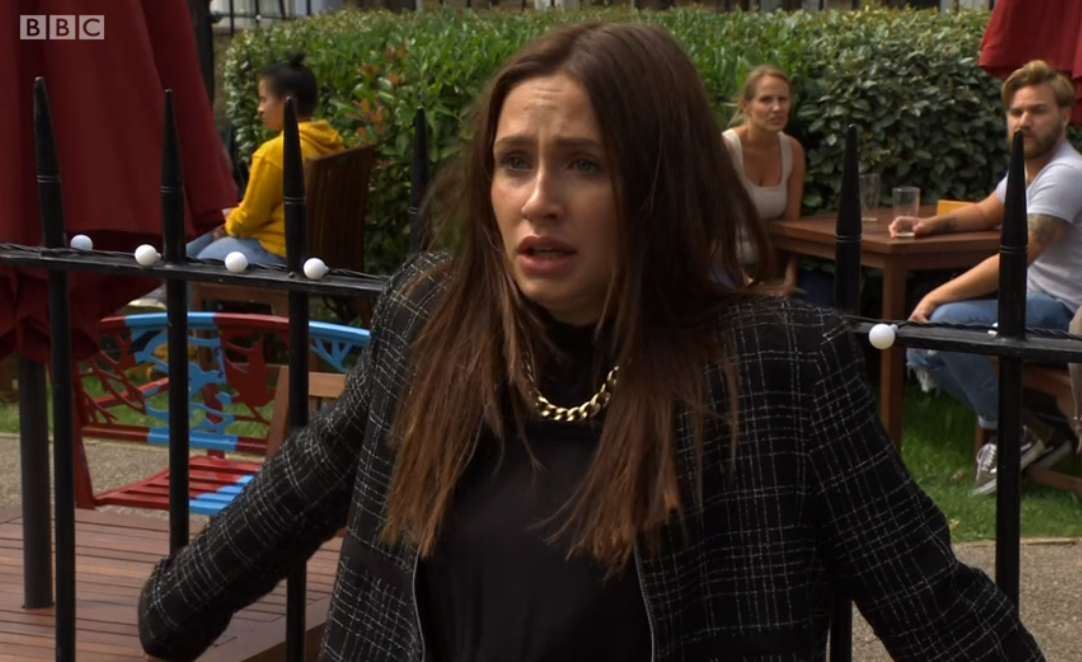 Dotty scrabbled to get up, scared that Sharon was going to stab her.

Sharon then threatened her, waving the broken bottle in her face, saying: "If you ever mention Denny again I'll do more than throw you out of the pub!

"Do you understand me?!"

Dotty looked terrified and simply nodded at Sharon who looked like she was ready to murder her.

Fans couldn't believe what they were seeing, with one tweeting: "Just when you thought Sharon couldn’t get any better this year, she whacks out that glass bottle #EastEnders." 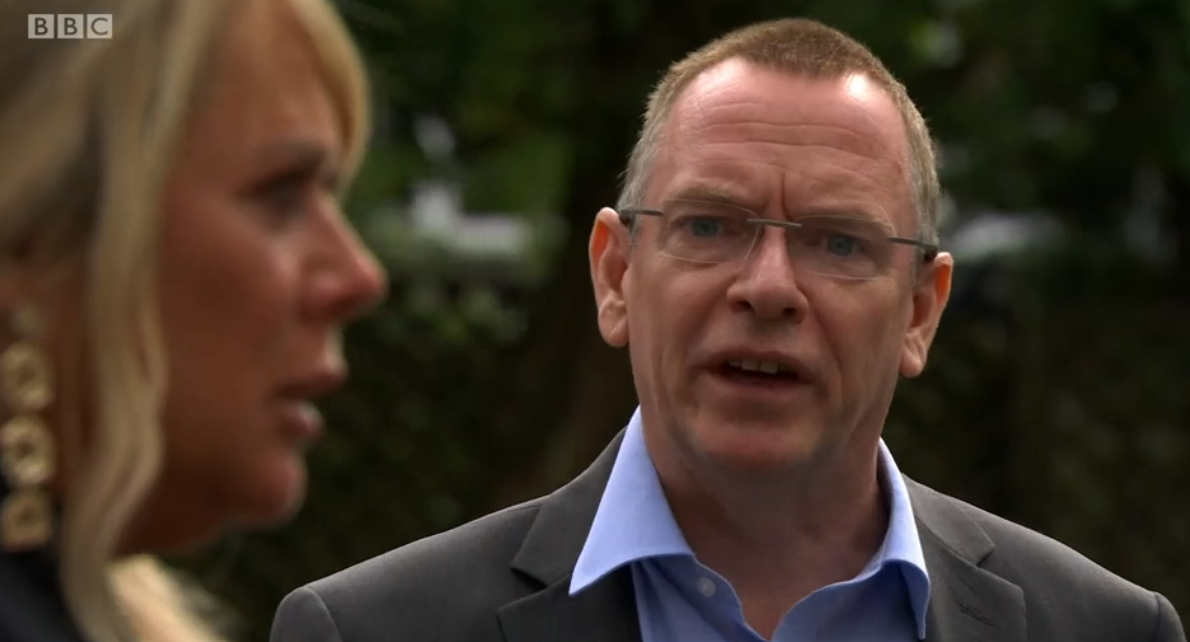 Another said: "Poor Dotty silly Sharon not believing the truth! Ian's got away with it #EastendersReturns #Eastenders"

While this one was horrified: "Jesus christ Sharon 1st a knife now a bottle #EastEnders"

Ian later visited Sharon to talk to her about what Dotty had said, but he continued to lie through his teeth about what had happened to Dennis.

Sharon even ended up "thanking" him for trying to protect her.

This angered fans further, with one tweeting: "Is that it? Is Ian off the hook just like that?? #eastenders"

While another said: "Ian makes me sick too. Why won’t he just spit it out?? #Eastenders."

We all know that Ian DID kill Dennis after he locked him below deck on a boat and took away the keys, leaving him trapped without any means to escape.

However, when it became clear the boat was starting to sink and his life was at risk, Ian returned to the room to save him – only he was too late.