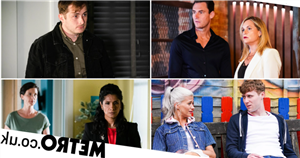 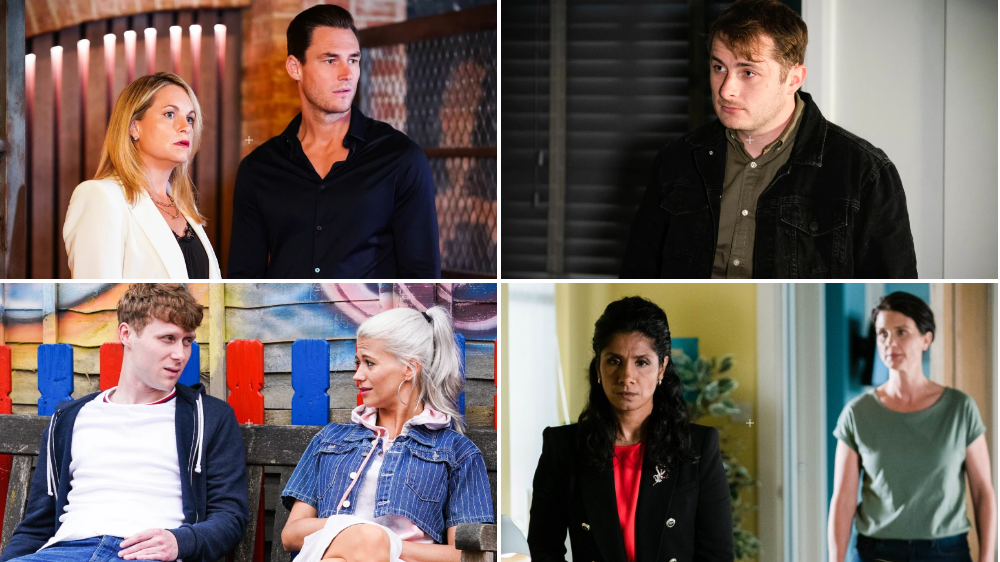 Families are reaching breaking point next week in EastEnders, and none less so than the Mitchells who continue to spiral.

As Ben (Max Bowden) turns to drugs to cope, a violent altercation follows. Meanwhile, Sam (Kim Medcalf) is anxious as she remains out of her depth – and things get even worse when the police raid Peggy’s looking for drugs.

The Panesars are not faring much better, with Suki’s (Balvinder Sopal) kids turning on her after the revelation over Jags’ death.

She finds support with Eve (Heather Peace) – but will she sabotage her own chance of having someone by her side?

Ben turns the focus to Sam and tells Phil he should worry about her, implying she is damaging the bar.

Ben spots Tez and asks him for drugs. Ben goes to fetch Tommy from football but Tommy finds the drugs. He innocently taunts Ben about what it is but Ben aggressively asks for them back. Tommy later advises Ben to get rid of the drugs, but will Ben listen?

The Panesar children make plans to go to the opening of the family’s new GP surgery tomorrow. Ash gets a frustrating phone call and Vinny is intrigued.

Eve offers support to Suki and suggests they go to McClunky’s where they bond over music. Feeling a spark, Suki invites Eve home where she kisses her.

Honey is disappointed to see a hungover Jay walking into the café making plans with Frankie and Lola about going out again tonight. Later at Peggy’s, a drunk Jay pretends to be Lola’s boyfriend to get a guy off her back. Ash sees Lola and Jay leave together.

It’s the opening of the Panesar’s new GP surgery but as Eve turns up to support Suki, she is upset by her unexpectedly standoffish attitude. With the opening underway,  Suki introduces Ash to a journalist but both are stunned when she drops a bombshell.

When Eve and Suki talk properly about last night Eve is left heartbroken when she realises that Suki will always hide their relationship.

Sam, realising that she’s in danger of being ratted out by Ben for working with Tez, calls Ben’s bluff and wins his silence by bringing him on side as co-manager at Peggy’s.

Zack learns Rocky is trying to sell his old car so begs him to wait 24 hours for him to find the cash to buy it back. Zack tells Chelsea he’s going to ask Sam for an advance of his wages but both are surprised when an arrogant Ben turns up acting like the boss.

Elsewhere Lola and Jay laugh off Jay’s drunk antics of being her ‘boyfriend’ last night not realising Lexi has overheard.

Lily sees that Kat is upset, giving Lily an idea. Later she tells Stacey that they should do something for Kat, and Stacey suggests a pre wedding party.

Phil gives Kat a gift. Kat asks Phil how his efforts to turn the tables on Keeble are going, but he admits he’s not had much success yet.

Zack tries other ways to get the money for the car and calls up for loans. It proves fruitless and Zack’s disappointment turns to fury when Ben riles him.

Ben mocking him is the final straw for Zack, who punches Ben to the ground in Peggy’s.

Billy comes in and punches a confused Jay while a mortified Lola watches on. Elsewhere, Stuart warns Karen to stop sending him leaflets about post-natal depression leading Karen to tell Callum. Ash invites Eve out but is annoyed when Eve friend zones her, and wrongly assumes that Suki is putting Eve off.

Kat is touched when Lily and Stacey host a pre-wedding party. As they try on knock off bridesmaid dresses sent by Big Mo, Kat tries on a dress upstairs and Lily tells Stacey she has one more surprise. Kat is furious when she learns what’s happened.

Everyone reels from the fight at Peggy’s and Zack leaves, followed by Kat who gives him some advice. Sam is furious with Zack for punching Ben but he defends himself on the grounds of his suspicion that Ben has been dealing drugs in Peggy’s. Their attention turns elsewhere when the police raid Peggy’s.

Ben continues to drink and takes drugs and reaches out to James.

Lola and Jay explain to Honey, Billy and Will the misunderstanding – will Honey believe them?

In Walford East, Suki is oblivious to Ranveer’s advances, instead slyly watching Ash and Eve. Ash tries to kiss Eve but she gently turns her down.  Elsewhere after Karen encourages Callum to help Stuart, Callum confronts him in The Vic but will Stuart listen?