EastEnders fans have seen newcomer Frankie (played by Rose Ayling-Ellis) thrust into the spotlight of the BBC soap this week after she secured a job working alongside Tina Carter (Luisa Bradshaw-White) at The Albert. However, last night’s episode saw the pair start to become close, leaving Tina’s family convinced her new colleague was looking for romance, much to the former’s delight. But when viewers spotted Frankie seemingly developing an interest in Ollie Carter (Harry Farr), they began to speculate she may end up kidnapping the child.

Frankie arrived on the Square earlier this year when she was scouted by Callum Highway (Tony Clay) as someone who could help his boyfriend Ben (Max Bowden) out as he struggled to come to terms with his continued hearing loss.

But as their friendship continues, it seems Frankie will now become a more permanent fixture in Walford.

Frankie was given a job at The Albert by Kathy Beale (Gillian Taylforth) after Mick Carter (Danny Dyer) decided to step back and give the offer to his rival.

Despite Tina initially saddened she wouldn’t get to work with her brother, her spirits were soon lifted when she hit it off with Frankie. 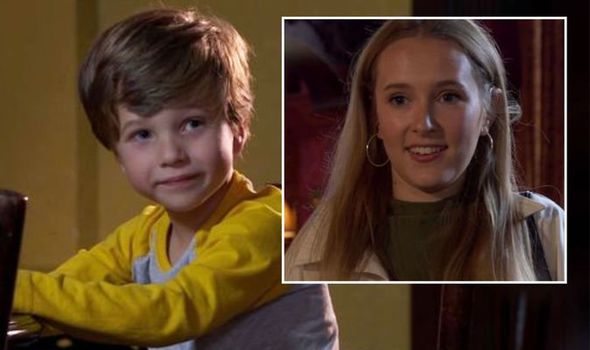 And when Frankie asked her for a drink, she didn’t turn down to opportunity for a chance at love.

It came after Frankie had revealed the photos on her camera were of her younger brother Harry, who had passed away 10 years prior.

Linda (Kellie Bright) and Mick soon commented on the fact their son – who was diagnosed with autism last year – usually struggles to bond with people. 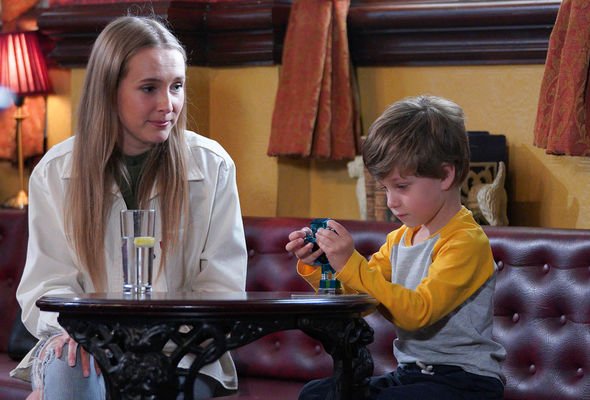 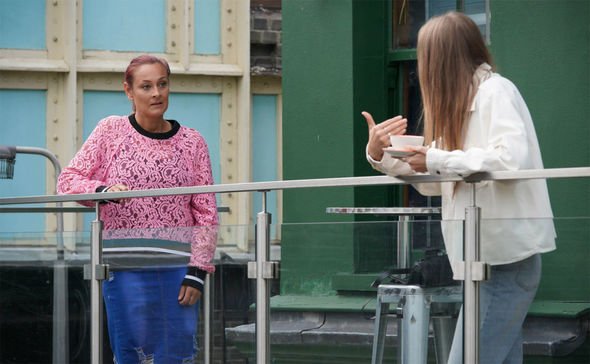 However, as Frankie told Ollie about her younger brother’s death, she appeared to be looking to open up to him – but why?

Viewers are desperate to find out Frankie’s true motives for forming a bond with Ollie after the suspicious encounter.

Taking to Twitter, those watching the show suspect the mysterious new character will end up kidnapping the youngster.

One shared: “So, Ollie reminds Frankie from her brother so… she kidnaps him? (I just don’t want her to be Mick’s secret kid alright.) #EastEnders.”

A third commented: “Oh no. Please don’t make Frankie obsessed with Ollie because he reminds her of her little brother #EastEnders.”

“Suppose Frankie is after Ollie because he looks like her brother. #Eastenders @bbceastenders, echoed a fourth.

Get the feeling this Frankie character is going to snatch Mick and Linda’s kid #EastEnders,” said a fifth.

Can’t see this Brexit poll? Click here to open in your browser

It comes amid speculation Frankie has historic links the family which are soon set to be unearthed.

Fans are convinced Frankie and Ollie are related in some way, with some believing she is either the secret daughter of Mick or his mum Shirley (Linda Henry).

Shirley star Linda has previously hinted on spin-off Secrets from the Square that there will be a huge storyline to come for her character in the months to come.

“I can give you a clue about what’s going to happen with Shirley. The past comes out and bites her on the bum,” Linda said – but will this have something to do with Frankie’s arrival?

EastEnders airs Mondays and Fridays at 8:05pm and Tuesdays and Thursdays at 7:30pm on BBC One.