EastEnders viewers tuned in to see Louise Mitchell (played by Tilly Keeper) reveal to Keanu Taylor (Danny Walters) she is expecting his baby.

She told Keanu to take some time to take in the news and she would speak to him later in the day.

But when Louise went to talk to Keanu at the Arches garage, she overheard her beau talking to her father Phil Mitchell (Steve McFadden).

As the pair argued, she heard Keanu drop the bombshell he was only dating Louise on the orders of Phil leaving her crushed.

Louise could be seen breaking down in tears over the news as she realised she had been betrayed not only by her baby’s father but by her own father too.

It’s certain Louise will be devastated by the betrayal but will not let the two men walk all over her.

Fans wouldn’t be surprised if the teen hatched a plan to set up the pair and even break her father’s heart.

Louise is the apple of Phil’s eye and he’d be devastated if he lost her while Keanu would no doubt be wracked with guilt if he knew he’d hurt Louise.

Could the teen decide to run away from Albert Square to start a new life on her own with her baby?

If she did, she would certainly struggle on her own but she would leave Phil heartbroken as he realises he’d lost his daughter because of his scheming. 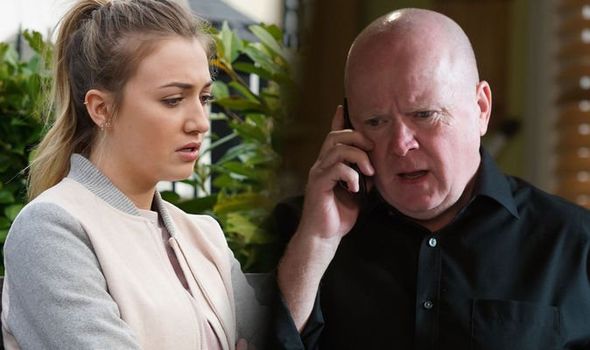 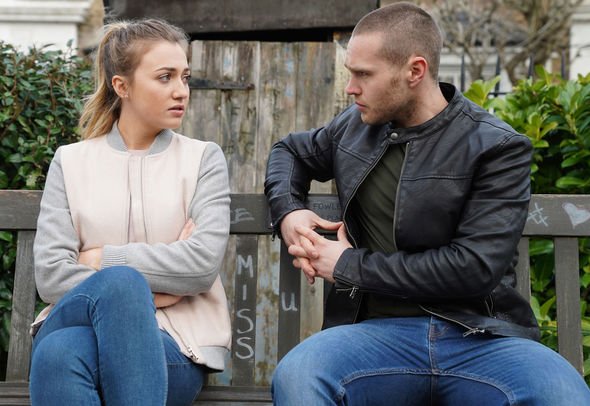 However, Louise may simply decide to call time on her relationship with Keanu, insisting she no longer wants to be with him.

The teen may also choose to terminate her pregnancy if she feels she will have no support and doesn’t want Keanu to stay with her due to the baby.

Fans will have to wait and see what Louise chooses to do about her pregnancy but it looks as though it’s just the start of a downward spiral for Keanu.

Recent filming images from the BBC soap have shown Keanu running away from the police after he is pulled over when driving a stolen jaguar XK.

It’s not known exactly how Keanu has gotten his hands on his car or even why he is driving around in it but it looks like things are going to get a lot worse for the youngster. 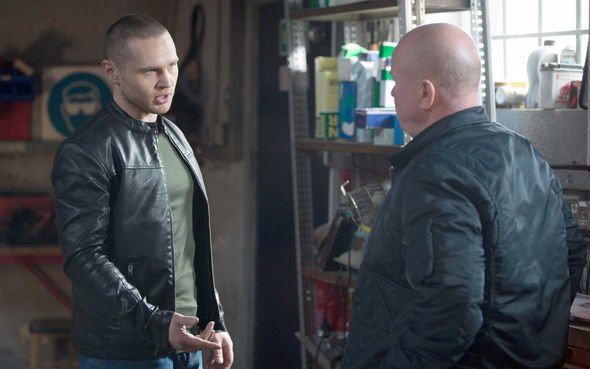 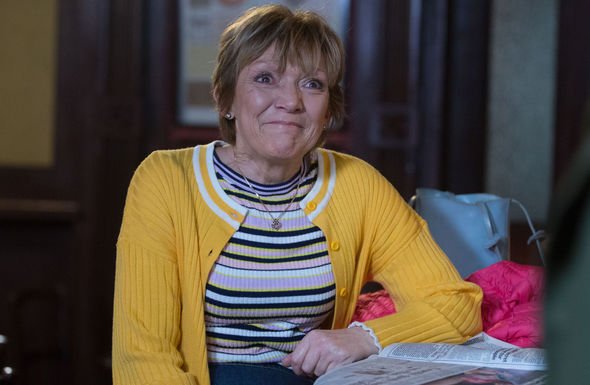 Elsewhere in Walford, it looks as though love is in the air for Jean Slater (Gillian Wright).

The BBC stalwart who is battling ovarian cancer will fall for the charms of newcomer Daniel Cook (Adrian Edmondson).

Daniel wins over Jean with his charm and wicked sense of humour after she is initially unsure of him.

However, bosses have revealed the pair will strike up a bond and could end up falling for one another.

Speaking about joining EastEnders, Adrian said: ““There were only fifteen boys on my drama course at Manchester Uni, and I’ll be the third to appear in EastEnders – so I feel it’s a kind of tradition!

“The other two being Tom Watt (Lofty Holloway) and Paul Bradley (Nigel Bates).”

EastEnders continues Friday on BBC One at 8pm.