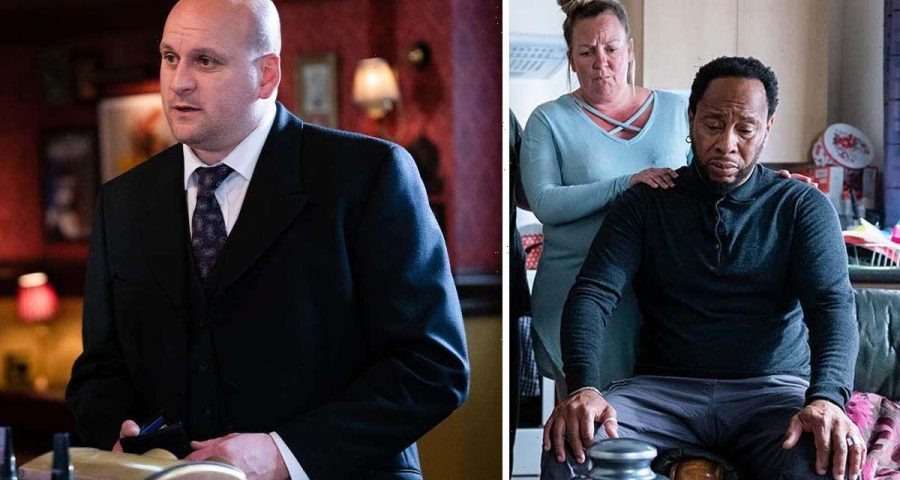 Karen Taylor (played by Lorraine Stanley) has been there for Stuart Highway (Ricky Champ) in insisting he seeks professional help for his potential post natal depression. The friend to Stuart and on-off partner to Mitch Baker (Roger Griffiths) has guided the troubled undertaker. Despite initially pushing back against her suggestions, Stuart begins to come round to her way of thinking. But will the flood of emotions lead to some questionable decision-making?

Official spoilers from EastEnders confirm Stuart is set for a potential life-changing moment as he agrees to listen to his friend Karen.

On a particularly emotional day in Albert Square, the hapless Stuart receives the wrath of Jay Brown (Jamie Borthwick) for turning up late to Avery’s funeral.

Jay’s patience runs thin and he gives Stuart his marching orders for the errors he’s continued to make.

Read More: Richard Madeley sparks uproar after telling guest ‘Get to the point’ 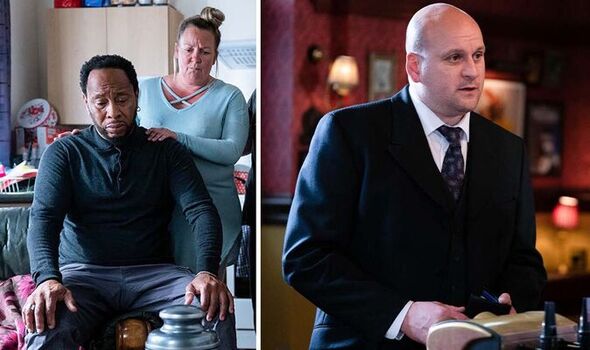 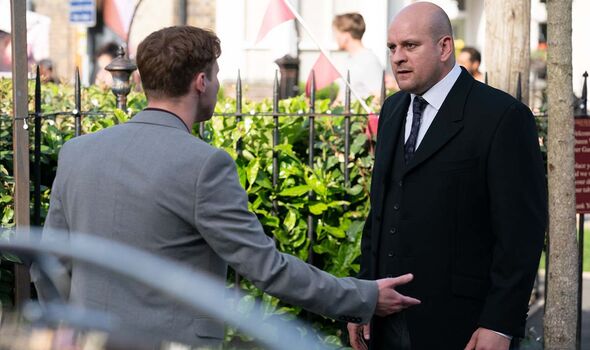 With Stuart at a particularly low ebb, his brother Callum Highway (Tony Clay) and grandmother Vi (Gwen Taylor) go looking for their relative.

The Highway family’s concern deepens once Stuart baffles them with his cancer diagnosis.

After a meeting at the hospital he reveals he has the all-clear, but they find him packing his bags – his actions confusing and worrying them in equal parts.

Will Stuart leave the Square? Or will the help of a close friend keep him in Walford? 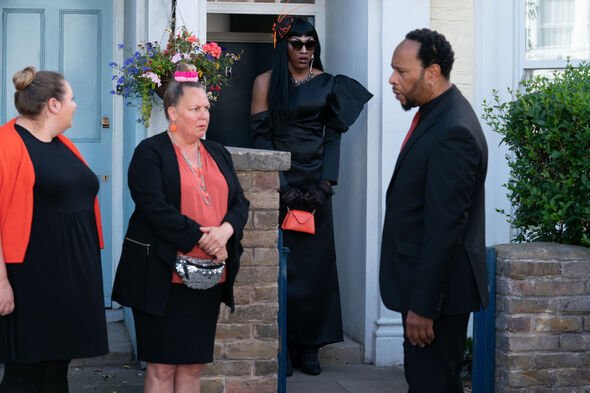 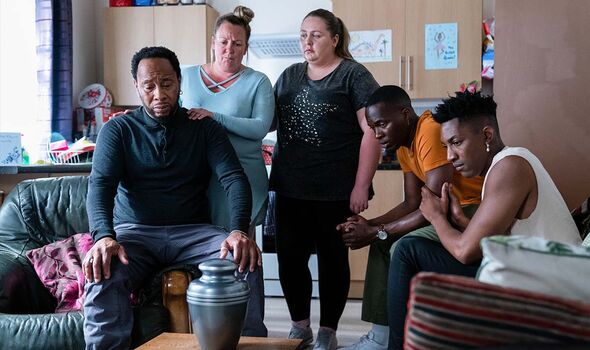 A worried Karen attempts to help Stuart, who now jobless is facing a future without his partner Rainie Cross (Tanya Franks) and his son Roland.

Sensing he needs some comfort and a space to discuss his thoughts, Karen offers her time to Stuart to chat about his feelings.

For so long Stuart has bottled up his emotions and what’s going through his head.

But, Karen appears to have made a breakthrough and the stressed Stuart begins to open up and explain what’s happened.

He tells Karen how he signed his parental rights over to his Rainie and how she doesn’t want to see his face again.

During their chat, Karen urges Stuart to acknowledge how he feels and to get some professional help, believing he is experiencing postnatal depression.

If Stuart is diagnosed with postnatal depression he will need support from loved ones and without Rainie on the square, Karen could step in and fill that void.

Stuck in this way, Stuart resists and disagrees with the suggested approach from Karen.

But, Karen can see how they are making progress together as a team and Stuart eventually agrees to get help with his mental health.

Their friendship could become complicated, with Mitch upset at how Stuart ruined the funeral of his brother Avery Baker (played by Omar Lye-Fook).

The actions of Karen could certainly add fuel to that fire, when she decides to dodge her daughter Bernie’s (Clair Norris) party, in order to make Stuart’s first GP visit.

What became an innocent attempt to support a friend, could lead to a more intense feeling, where the two inevitably fall for each other.

Will Stuart and Karen keep their relationship respectful? Or will their friendship and potential affair make matters a whole lot more complicated?

EastEnders airs on BBC One on Monday to Thursday at 7.30pm